Home F1 Features Will it be a happy Anniversary for Hamilton? 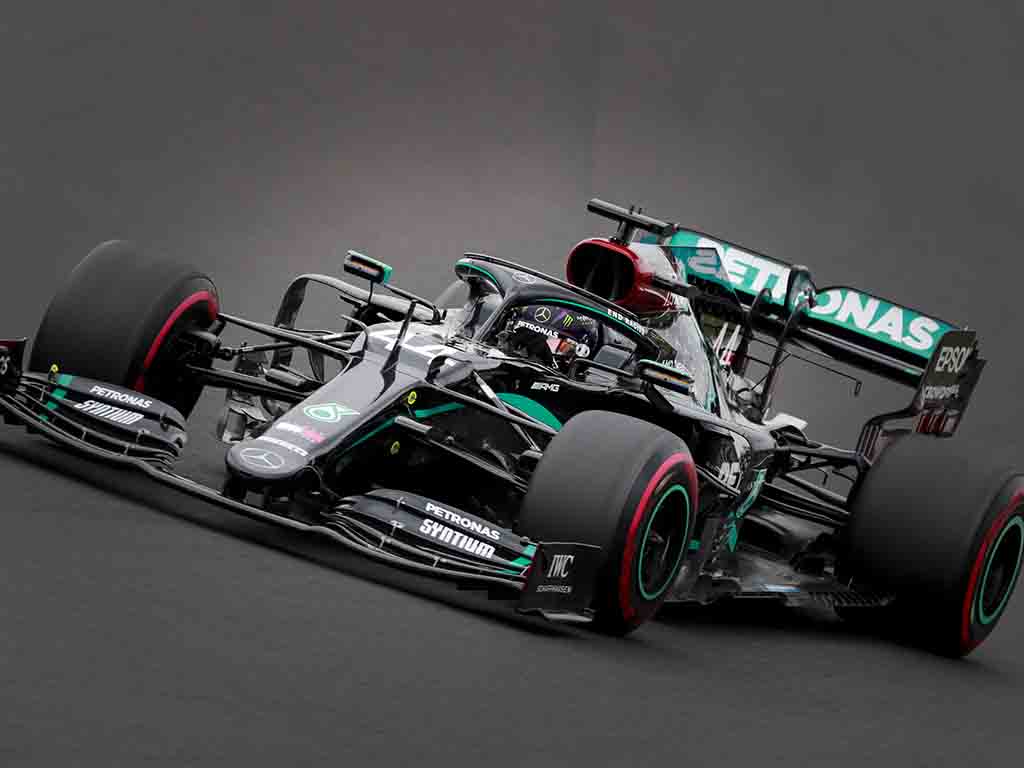 Silverstone’s 70th Anniversary Grand Prix this weekend reflects on F1’s World Championship beginnings, which initiated all the glory and drama that have illuminated the sport ever since.

For Lewis Hamilton, the priority is creating history of his own.

It was May 13 1950 when Giuseppe Farina won the first ever F1 World Championship race, starting from pole position in his Alfa Romeo at Silverstone and setting the fastest lap.

That’s the kind of treble Hamilton is seeking as he aims to stride closer to setting records that will still be talked about 70 years from now. Hopefully some of our readers will still be around in 2090 to do just that!

Last week, in part one of the British double-header in this surreal, pandemic-affected season, Hamilton made it seven career Silverstone victories and three in a row for the year, taking a big step towards a seventh World Championship to equal Michael Schumacher’s record.

But only just. Moments after his Mercedes team-mate Valtteri Bottas had suffered a puncture that meant he dropped from P2 to finish P11 and out of the points, Hamilton experienced the same fate on the final lap and had to nurse his car home adroitly on three wheels ahead of a fast-closing Max Verstappen.

It felt like a huge moment in the World Championship. Luck was on Hamilton’s side and completely deserted Bottas, with the Briton’s lead now 30 points and surely only a DNF in this shortened campaign can derail his march towards matching Schumacher’s title tally.

So what will happen this weekend? Well, ideally, no repeat of the tyre failures that struck the Mercedes and also Carlos Sainz’s McLaren. Okay, it was exciting, but not really a satisfying end when the winner can only limp across the finishing line.

Pirelli are bringing softer compounds this time, but that should not affect the tyre wear which, they say, was caused by “biggest ever forces” as a result of running at high speed on one set for so long, with most drivers pitting just once after an early Safety Car hiatus. Two stops is likely to be the favoured strategy on Sunday.

Rather than relying on tyre aberrations, Mercedes’ rivals will be hoping hotter temperatures prove to be the Achilles heel for the World Champions again, although at the time of writing the weather is forecast to be only a few degrees warmer than last week.

Sadly, there appears to be little prospect of rain.

Bottas must be thinking his title chances have already gone, barring any mishap to his team-mate. The best the Finn can do is rely on his often impressive qualifying pace and simply try to gain a performance edge on Hamilton, then lead from lights out to chequered flag. The rest is out of his hands.

Red Bull, like Bottas, are desperate for a win after missing out on a great opportunity last week with Hamilton’s puncture. They had pitted Max Verstappen to go for the fastest lap, thinking they could not improve their position, but then it all changed and the Dutchman was too far back to reel in the ailing Mercedes.

Verstappen remains comfortably the most likely non-Mercedes driver to win a race this season, but he is ploughing a lone furrow amid the struggles of his team-mate Alex Albon.

The London-born Thai driver is suffering from a severe case of the ‘Pierre Gasly Syndrome’ in that he too often finds himself battling in the midfield with a car capable of being up in the top four – and that has led to costly tangles such as last week’s with Kevin Magnussen.

Team boss Christian Horner has said Albon needs a “straightforward, boring weekend”, ideally with no worse than a P4 finish, to get back on track – otherwise his job swap with a now revitalised Gasly may just take place again, this time the reverse way around.

🗣 "We have the same track this weekend so we can directly compare what we learned and what we need to work on. We’ll try and get it dialled in and focus on the areas we struggled with last weekend." @alex_albon on going back to back 👊🇬🇧 #ChargeOn 🤘 #F1 pic.twitter.com/nqpIscWO61

And what of the rest? It looks increasingly as though Charles Leclerc is outperforming the potential of his Ferrari following two podium finishes in the first four races. He would bite your hand off for another on Sunday.

Certainly the Monegasque driver is outshining team-mate Sebastian Vettel, whose heart no longer seems in it with the Scuderia after their decision to drop him at the end of this year.

At the time of writing, it appeared more a case of ‘when’ rather than ‘if’ Vettel would be confirmed with Aston Martin for 2021 and he definitely looks in need of a pick-me-up.

Talking of Aston Martin, their forerunner as a team, Racing Point, need firstly to get two cars onto the racetrack on Sunday. That did not happen last weekend when Nico Hulkenberg’s return as stand-in for Sergio Perez failed to properly materialise as his car did not make it out of the garage even for the installation lap.

Assuming both ‘Pink Panthers/Mercedes’ manage to take the start this time, they also need to find some race pace because Lance Stroll was badly lacking that in the first Silverstone contest compared to his impressive practice times.

It's race week once again! 😁

McLaren and Renault will be satisfied with their current form, keeping their points totals ticking along nicely, while Gasly’s P7 last week showed AlphaTauri are capable of pushing into the midfield scrap rather than being among the contingent of backmarkers.

The other three teams are likely to be having their own private battle. Expect more impressive qualifying pace from George Russell in the Williams, whose aim will be to live up to that promise when it really matters in the race.

But there is less in the way of general encouragement for Haas and Alfa Romeo. Certainly the other drivers will treat Romain Grosjean like the hind legs of a donkey in any overtaking manoeuvres this time after his defensive tactics were described as “sketchy” and “very dangerous” last week.

And while an Alfa Romeo won the grand prix this race is named after, sadly for the famous Italian marque it is extremely unlikely they will triumph on Sunday.

Instead, the history may well be left to Hamilton.