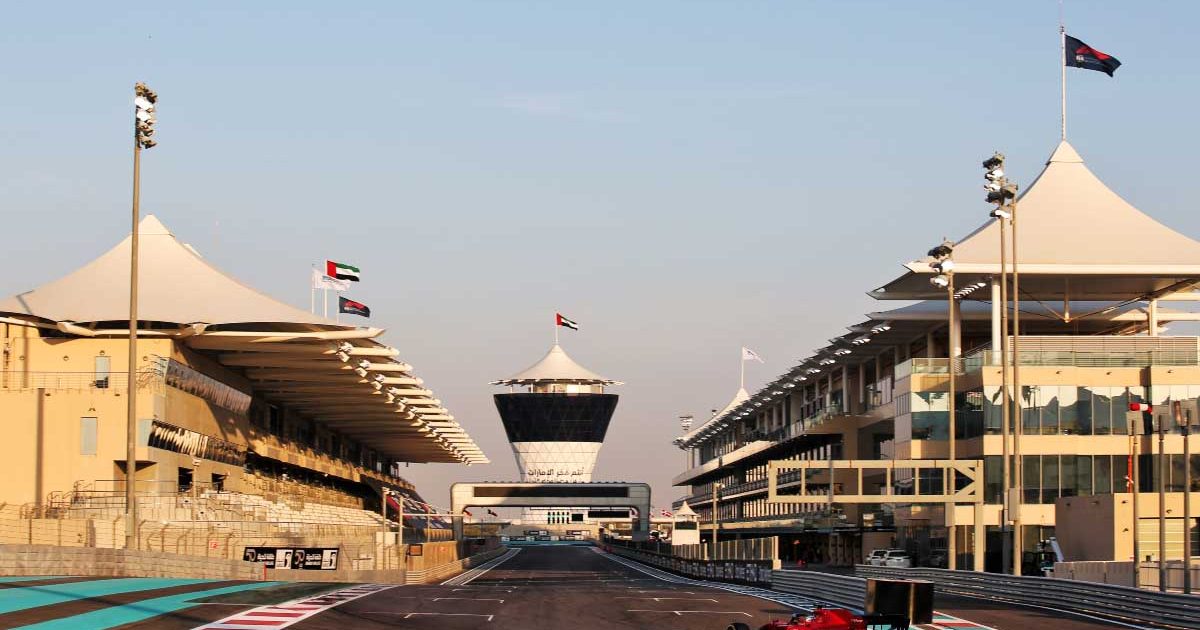 A frantic and entertaining introduction to F1 in Saudi Arabia has set up a dramatic conclusion to 2021 in this year’s Abu Dhabi Grand Prix.

Lewis Hamilton took victory in a gripping race in Jeddah last time out, with his win and fastest lap point combining to put him level on points with title rival Max Verstappen heading into the final race of the year.

Everything is at stake in both the Drivers’ and Constructors’ standings heading into the race, with Mercedes holding the advantage in the team standings and Verstappen topping the individual table by virtue of having an extra race win over Hamilton’s tally.

The stage is set, then, for the climax of what has been a Formula 1 season for the ages.

Where does the 2021 Abu Dhabi Grand Prix take place?

Significant alterations have been made to the layout of the Yas Marina Circuit this year in the hope of improving overtaking opportunities around the track.

Gone are the slow-speed chicanes in the first and second sectors, which means the corner count has been reduced from 21 corners to 16.

What was the left-right combination of Turns 5 and 6 will now be a straight line heading towards the hairpin, which means a heavier braking zone and a possible new overtaking spot on the circuit.

Likewise, at the end of the second long straight used to be a left-right-left chicane – but this has now been replaced by a long, wide, banked left-hander.

Also, the following sweeping right-handers (formerly Turns 12-15, now combined into Turns 10 and 11) have all been opened up before the braking point for the corners which take the drivers underneath the Yas Hotel in the closing part of the lap.

All of these factors combined will lead to significantly faster lap times around the track as a result.

Where can I watch the 2021 Abu Dhabi Grand Prix?

You can watch all the action from Saudi Arabia live with F1 TV Pro. Please check to see if it is available in your country.

PlanetF1 will carry live timing and expert commentary on every session, with coverage beginning 30 minutes before each practice and qualifying, and one hour before the race.

The Abu Dhabi Grand Prix will be shown live on TV on the following outlets in other key markets:

What are the odds for the 2021 Abu Dhabi Grand Prix?

Here are Planet Sport Bet’s latest odds on the winner of the Abu Dhabi Grand Prix:

(Odds correct as of December 11. Head to Planet Sport Bet for up-to-date prices and further markets).

What is the starting grid for the 2021 Abu Dhabi Grand Prix?

How will the World Championship be decided at the 2021 Abu Dhabi Grand Prix?

As the two title contenders head into the final race of the season level on points, the equation is simple.

Whoever is ahead out of Verstappen and Hamilton in the race will be World Champion.

If neither driver finishes or both drivers finish outside the points, Verstappen will be World Champion for the first time, owing to the fact he has one more race victory than Hamilton over the course of the season.

What is the weather forecast for the 2021 Abu Dhabi Grand Prix?

The conclusion of the season will take place in day/night conditions at Yas Marina Circuit, but no rain is expected over the course of the weekend with warm temperatures to boot.

Abu Dhabi International Airport is almost within touching distance of the circuit, with only a 15-minute drive to reach Yas Island from the airport.

Head all the way down Al Diyafa Street before eventually taking a right that will lead you to Yas Dr Street, which will take you over the bridge to Yas Island, and circuit parking will be signposted from there.

Pirelli have mirrored their choice of tyres from last year’s race and will bring their three softest compounds to the final race of the year, with the C3, C4 and C5 tyres acting as the hard, medium and soft respectively.

Pirelli F1 boss Mario Isola explained the change in circuit layout will see a difference in how the tyres are used, but they will still be able to use the softest compounds.

“This will be the first time we face the new configuration, including some areas with new asphalt, but we have been able to rely on simulations and other information in advance to prepare,” he said on Pirelli’s website.

“The result of these changes are bigger vertical loads, especially on the front tyres. But we don’t expect the overall severity for the tyres to change significantly, which is why we have nominated the softest tyres in the range.”