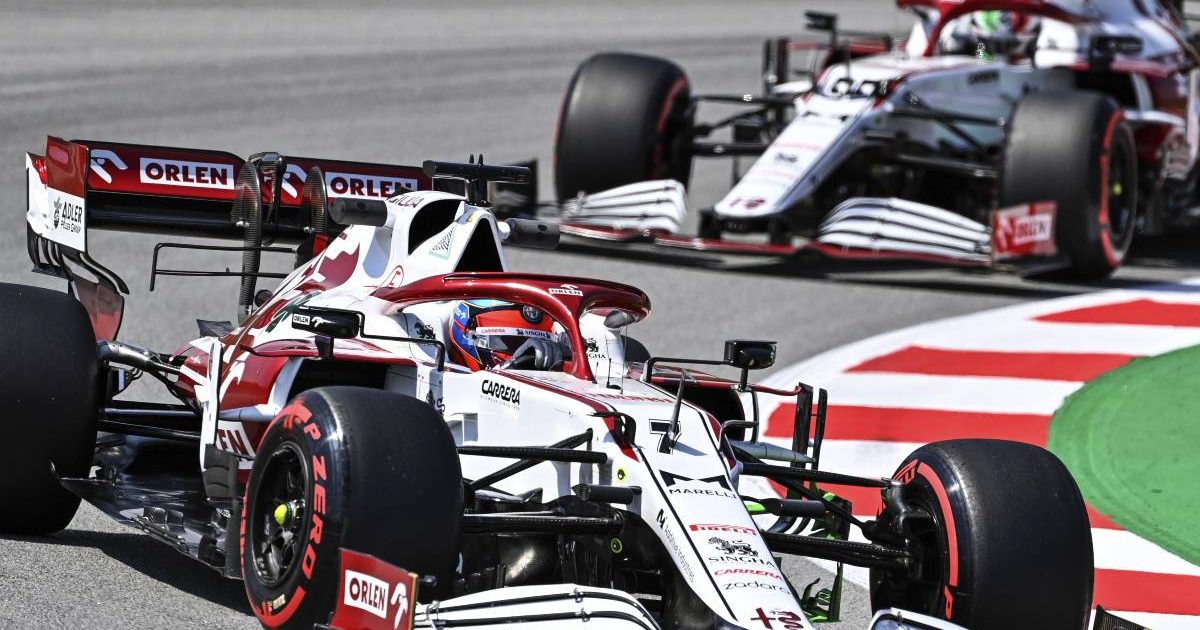 Alfa Romeo’s first half of the season can be summed up in the words ‘unfulfilled potential’ – and they know it full well.

More than once recently, we have had to check the Constructors’ Championship standings to ensure the memory is not playing tricks…have Alfa Romeo really only scored three points?

Well, they have, and now they find themselves with less than a third of Williams’ total after their most direct rivals in Division C of the grid cashed in big time at the Hungarian Grand Prix.

Back in pre-season testing, one of the stories that emerged was how the Swiss-based team had appeared to make a leap forward, one that possibly could launch them well into the midfield with Q3 appearances aplenty and, perhaps, even the occasional podium finish in a race if the wind blew favourably (figuratively speaking, not literally).

But that Bahrain promise quickly dissipated, despite some decent free practice performances over the opening 11 grands prix, because even reaching Q2 has been a struggle at times, never mind the top-10 shootout.

Team principal Fred Vasseur has pulled no punches in his own half-time assessment.

“It’s really a mixed feeling, but I think we have made a good step forward in terms of pure performance, probably the best on the grid,” said Vasseur.

“If you take the gap to pole position, I think we have the best improvement between the 10 teams and this is for different reasons, with Ferrari doing a good job on the power-unit side. On the chassis, we also did a good development and it’s paying off.

“Now I have a mixed feeling because the target is not to do a good percentage, it’s to score points and we have failed. I would like to have many more points in the championship.”

It may well be true that Alfa Romeo have trimmed the lap-time gap between themselves and Mercedes, but ultimately that does not tell the whole story. In both qualifying and races, Alfa Romeo have been anything but mistake-free.

It’s a pity to have to say it, and not everyone will agree, but Kimi Raikkonen has started to look like a driver at the very end of his career.

That was not necessarily the case last year – as evidenced by his amazing start to the Portuguese Grand Prix – but there have been a series of errors from the flying Finn this season: Portimao revisited was a particularly bad weekend for Kimi, while racing incidents with Sebastian Vettel (Austria) and Sergio Perez (Britain) also rang some alarm bells.

In qualifying, the 41-year-old has exited in Q1 six times out of 11 – only the Haas duo and Nicholas Latifi have done so more often. Raikkonen also trails his team-mate Antonio Giovinazzi by 8-3 on the qualifying head-to-head.

Giovinazzi, meanwhile, continues what has been a pretty nondescript Formula 1 career, just about doing enough in an understated way to be worthy of his place on the grid.

The Italian’s support from Ferrari is vital to his status but as he turns 28 later this year, there is no way he will probably ever be included in discussions about drivers likely to make a step up into one of the big teams – not with so many terrific young rivals circulating around him.

On the three occasions this season when Alfa Romeo have snuck into the points, it was Giovinazzi once and Raikkonen twice, P10 each time, although there have been plenty of near misses – a combined four P11s and three P12s.

Promoted to P10 and P13 following VET disqualification, which means Kimi grabs one point to bring our season total to 3.#HungarianGP

In fairness to Giovinazzi, he has been classified between 10th and 15th in every race, so is certainly consistent. But it’s just as we were saying above – it’s all a bit ‘meh’.

Vasseur added: “I think if you have a look, we could have scored more but for different reasons we haven’t, and one of the reasons is we have so many cars now finishing races, so many cars at the end.

“If I want to be positive, as I’ve said before, what is most important for the future of the company is that we’ve made a good step for the first time in a while. The last two seasons were tough seasons – last year due to external circumstances, I would say.

“But we stayed focused on the targets and we continued to improve and to do the job and in the end, it’s a good step forward for the team.”

In Formula 1, however, points make prizes and Alfa Romeo are certainly not scoring often enough or heavily enough to gain those rewards.

Having finished eighth in the three previous campaigns, a backward step is now very much on the cards unless Vasseur’s team can either eke out some kind of upgrade to the C41 while creating the all-new 2022 car, or they can capitalise on some further Hungary-style carnage.

If this is to be Raikkonen’s last half-season after a career spanning 20 years, he would certainly not want to head into retirement thinking some potential for a last hurrah had been left on the table.