Home F1 Features AlphaTauri: The team that Aston Martin used to be 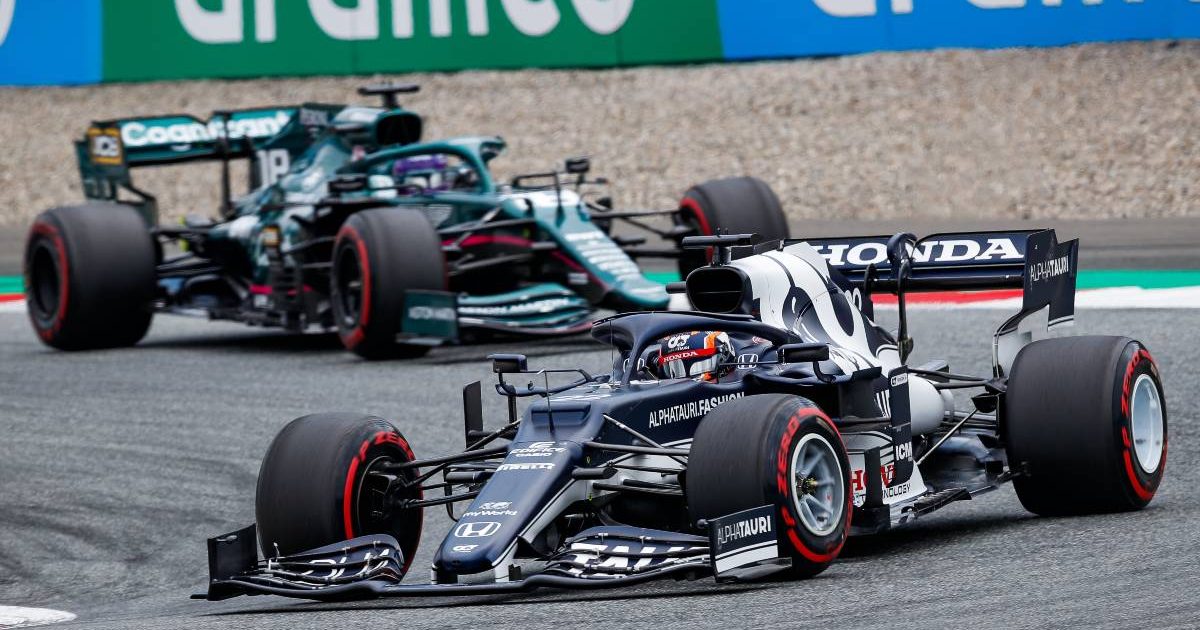 Anyone who witnessed the 2020 Italian Grand Prix will always have a small place in their heart for Pierre Gasly.

There was a distinctly emotional edge to the AlphaTauri driver’s day of days as he crouched to sit on the top step of the Monza podium to compose himself and allow the sheer scale of his achievement to sink in.

In the year since he had lost both the opportunity of a lifetime at Red Bull and his good friend, Anthoine Hubert, to a dreadful Formula 2 accident, Gasly had shown grit and guts – and now he had the glory.

His victory was a milestone moment for Formula 1, for after seven long years in which the podium’s top step had been exclusively reserved for Mercedes, Red Bull and Ferrari – the field spread so far and wide that some had long succumbed to separating the 20 cars into three classes – the little guys had beaten the big guys.

A hero, even if just for one day, Gasly had shattered the glass ceiling and offered hope to the rest that if they too kept believing and never gave up, their time might also come.

The Formula 1 fort was well and truly breached that day as alongside Gasly on the podium stood two more unlikely lads – McLaren’s Carlos Sainz and Lance Stroll, of the Racing Point team soon to be rebranded as Aston Martin – who despite claiming rare top-three finishes couldn’t help looking back in anger.

Sainz, having qualified third on merit at Monza, was convinced one more lap would have been enough to get Gasly, but it was Stroll kicking himself the hardest.

Gifted a free tyre change during the red flag for Charles Leclerc’s crash at Parabolica, Stroll was second – behind only Lewis Hamilton’s Mercedes, yet to serve a stop-go penalty – at the restart of a race that had suddenly become his to lose.

He lost it in an instant, excess wheelspin off the start line seeing him swarm into the first chicane before, in his self-defeating desperation to make up for being too hard on the throttle, he was too heavy on the brakes into the second, locking up and darting down the escape road.

P3 represented a recovery of sorts, but on an afternoon where gold was up for grabs bronze – from the position he had been in – was the bare minimum.

Their time would come soon enough – Sergio Perez winning the penultimate round of the season in Sakhir – but in hindsight Monza 2020 was the day the team formerly known as Force India were displaced by AlphaTauri as the best pound-for-pound team in F1.

Throughout the Force India years the team were renowned for making a little go a long way, building the best car their relatively limited resources would allow, putting it in the hands of the two most talented drivers available and simply going motor racing.

That purity of spirit and clarity of focus took them to consecutive fourth-place finishes in the Constructors’ Championship in 2016 and ‘17 – albeit an unnatural position given the tail-chasing troubles of McLaren and Renault – and meant that, for a time, if there was a surprise result to be had they would invariably be the ones to seize it.

The takeover of the team by Stroll’s father Lawrence in 2018 was the F1 equivalent of winning the lottery, but if the Canadian entrepreneur’s ownership has afforded a level of gravitas, funding and naked ambition never before seen at Silverstone, it has come at the cost of their old identity and charm.

Even by Monza 2020 they were no longer, strictly speaking, one of the little guys.

They were a little-big guy, a historically small team bursting with potential and with four-time World Champion Sebastian Vettel – not too long ago deemed way out of their league – on the verge of signing and the Aston Martin rebrand a matter of months away.

The quickest way for a little guy to become one of the big guys? Imitation. By doing what the big guys do.

That was the brazen methodology behind the 2020 car, a copy of Mercedes’ 2019 title winner, which changed perceptions of the team overnight and as a complete departure from their previous cars – which leaned heavily on the high-rake philosophy favoured by Red Bull – was covered in Stroll Sr’s fingerprints.

The Pink Mercedes had its moments yet there was a sense the team once so good at maximising all they had – forced to settle for fourth in the standings despite having the third-fastest car – never fully exploited its true potential, Perez sorely missing the yardstick previously provided by Nico Hulkenberg and Esteban Ocon in the other car.

There were worrying signs the team’s sixth sense had been dulled, not only in the way the win dropped amateurishly out of their grasp at Monza but also two months later at Imola, where Perez was puzzled by the call to pit behind the Safety Car from P3 at Imola, dropping him to sixth at the finish.

The team who made that same Safety Car work for them, now the ones with the knack of making the right decision at the right time? AlphaTauri, the new Force India with an Italian flavour, with Daniil Kvyat muscling past Perez in a late soft-tyred surge to P4.

If the 2021 floor changes were intended to cut downforce to ease the strain on the Pirelli tyres, that they also had the effect of cutting off Aston Martin at the knees, spoiling their bonus second season with the Mercedes clone, was a happy accident.

Vettel, hardly the most versatile driver even at his peak, plainly couldn’t drive the thing in the early weeks of the season and it wasn’t until his fine fifth place in Monaco – followed by a fortunate but well-executed P2 in Baku, where he was joined on the podium by Gasly – that he finally started to make some sense of the AMR21.

Another stark indication of what the team had lost, however, came on another of those days when the supporting cast stole the stage in Hungary.

Having tracked Ocon’s race-leading Alpine throughout the opening stint, Vettel’s shot at victory came down to a now-or-never undercut attempt on Lap 36 of 70.

A standard stop combined with Vettel’s outlap pace – still one of his great strengths – would have been enough to snatch the win from Ocon, but a slow change on the left rear saw the opportunity pitifully wasted.

And, it later transpired, it wouldn’t have mattered anyway, with Vettel disqualified from P2 in the hours after the race for a fuel infraction.

As Aston’s season faded into insignificance, attention turned towards the future as the team made a series of significant hires as well as commencing the construction of a new factory.

They were followed last Friday by the appointment of BMW motorsport boss Mike Krack as team principal to replace Otmar Szafnauer, whose departure after months of speculation at the beginning of January represented the surgical removal of one of the last remaining strands of the team’s old DNA, that sacred Force India fibre.

The arrival of Krack, an all-round leader with technical and political expertise, will be seen by some as the latest example of Aston Martin following another rival’s successful blueprint given the transformational impact of Andreas Seidl at McLaren since his signing from another major German manufacturer, Porsche, in 2019.

“This team has always punched above its weight; now it has the weight with which to punch harder,” Szafnauer had declared in the press statement announcing the signing of Alessi in July last year.

Stroll’s level of commitment and investment suggests they will almost certainly pack a punch in the near future, but it will take time for their strength to build and the force of Aston Martin to be fully felt.

Currently, on track at least, they are a team caught between eras, in the midst of a tricky transitional phase and experiencing sometimes severe growing pains in the search for a new identity.

And as they continue to work out where they want to go and how they’re going to get there, Aston Martin only need to glance across the pitlane at AlphaTauri – a David thriving in a world of wannabe Goliaths – to see the team they used to be.