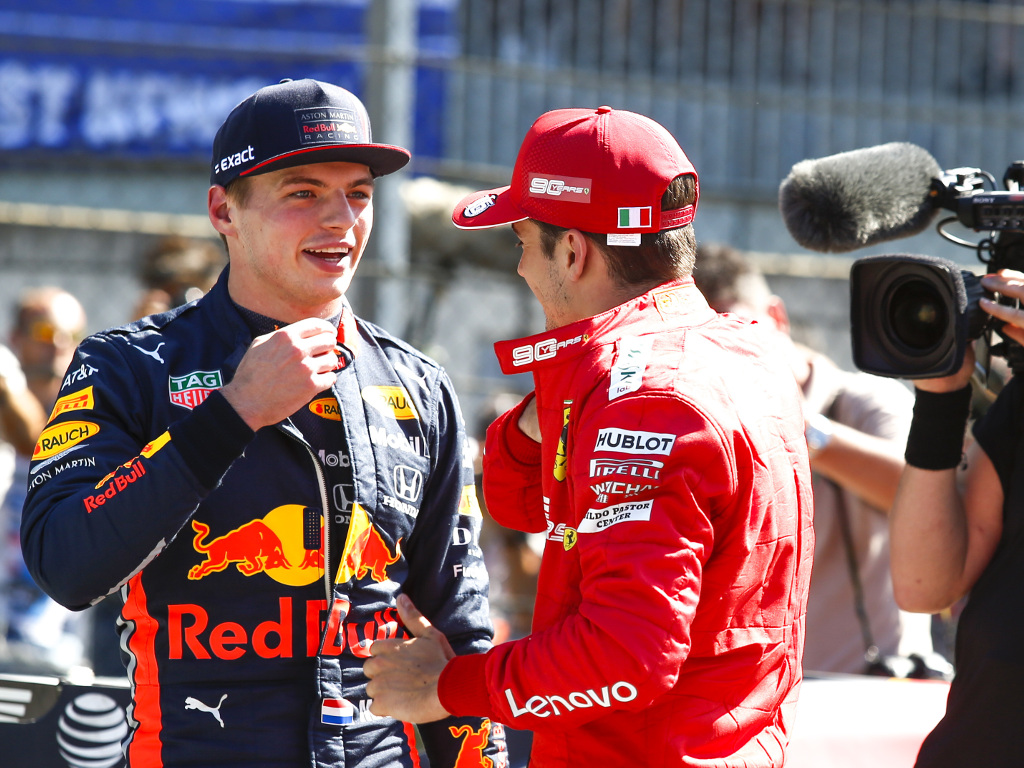 Max Verstappen and Charles Leclerc show the future is bright on the grid, McLaren shine again while Renault and Haas hit trouble.

Plus more struggles for Pierre Gasly and Robert Kubica, the latter a bizarre yet humourous choice for Driver of the Day.

Here are the driver ratings from our friends at Late Braking…

Max Verstappen: Controversy with the stewards after a race, I feel like I’ve heard this one before. Whether you think it was penalty or no penalty, Max Verstappen put on a sublime show at the Red Bull Ring that saw seas of orange rise like waves on plenty of occasions.

P9 at one point and thirteen seconds down on the leader, Verstappen clinically made his way through the field to take the chequered flag. A much-needed inspired performance after the dismal Grand Prix that took place at Paul Ricard. 10

I gave it all. Disappointed for the team but not much we could have done better. Congratulations for the win @Max33Verstappen
📸: @motorsportpics1 pic.twitter.com/8cYbK3aIF7

Charles Leclerc: It was heading towards a dream weekend for Charles Leclerc. Quick on Friday, pole on Saturday and a perfect opportunity to avenge Bahrain on Sunday.

Leclerc appeared in control for much of the race after consolidating his lead from the start and it was only until Verstappen’s comeback materialised that it became clear that his position was under threat.

Defending with everything he had, Leclerc’s resolute effort came to an end when Verstappen squeezed past on Lap 69 of 71. 9

Valtteri Bottas: It feels strange saying this but this wasn’t Mercedes’ day. There was some form of solace for Valtteri Bottas though as he beat his team-mate and did finish on the podium, albeit slightly forgotten about amidst the Verstappen/Leclerc drama.

Hampered by cooling issues throughout the race, Bottas did not feature in the discussion as to who would win the race, perhaps disappointing considering his prowess at the circuit but he does come away from the weekend with a slightly reduced deficit in the championship hunt. 7

Sebastian Vettel: Seven days removed from a tough qualifying at Paul Ricard, things failed to improve for Vettel on Saturday as an issue kept him from competing in the final stage of qualifying. Forced to come from P9, Vettel put together an admirable performance.

A strong first few laps helped him out massively and he took a gamble going on to a two-stop which required him to overtake Hamilton but he did so with a few laps to go. Not a bad points haul considering where he could have been. 8

💬 "It’s just one of those bad days in the office, but at least I still got some good points with fifth place." – @LewisHamilton #AustrianGP pic.twitter.com/7VdTW6z6Bh

Lewis Hamilton: Austria has been somewhat of a bogey track for Hamilton and this continued into 2019 as his run of consecutive podiums came to a close. Sitting comfortably in P3 for the first part of the race, Hamilton’s afternoon was derailed massively thanks to a front wing change during his pit stop.

The 11 seconds sat in the pits hindered his progress and he seemed to struggle in the second half of the race, perhaps indicating not all of his aerodynamic issues were down to the front wing and that the damage ran deeper.

Regardless, I’m sure Hamilton will not lose much sleep as he picked up some good points despite being a long way from his best. 6

Lando Norris: Unable to execute the excellent job he did last week through no fault of his own, Norris made amends in Austria as he finished a brilliant P6. The second time he has finished there this season.

Norris got the experience of going wheel-to-wheel with the likes of Vettel and Hamilton and did not look out of place. Another encouraging step in the right direction. 9

Pierre Gasly: After being one position ahead of his team-mate on Lap 2, Pierre Gasly was ultimately overtaken by said team-mate and then lapped later in the race. This should indicate that Gasly did not have the best race in the world.

Once again, Gasly was subject to a backup role and fought the midfield rather than the likes of the Mercedes and Ferrari drivers. With Verstappen doing such a great job, Gasly needs to start showing signs of progress. 5

From P19 to P8! What a race today. Shame it wasn’t on TV, but great overtaking until my front wing broke when attacking Gasly! Very strong pace! Congrats team! #AustrianGP #carlo55ainz@McLarenF1 @EG00 pic.twitter.com/ydFIFBv0Gc

Carlos Sainz: From P19 to P8 in 71 laps. Far from a bad afternoon for the Spaniard, it’s just a bit of a shame we didn’t get to see any of it (thank you Mr Director..).

Starting on the back row, Sainz smartly went long into his first stint and made his overtakes on the soft tyres towards the end. Four well-earned points in what is becoming an impressive season. 9

Kimi Raikkonen: As high as P4 in early parts of the race, it’s unreasonable to think Raikkonen could have held on to that lofty position but it was another race where Kimi proved he is a long way from done in this sport.

Some wily defending against Gasly caused the Frenchman plenty of problems and it’s a couple more points to add to the tally. 8

Antonio Giovinazzi: Things have been on the up for Giovinazzi in the last few races. He has started to outqualify Kimi a few times and his good work has been rewarded with a first F1 point. Kimi was the star Alfa in the first stint but Giovinazzi kept the Finn honest towards the end of the race and followed him home for a double points score. 7

Sergio Perez:  The Racing Point driver had a strong showing out in Austria and was able to gain positions on his starting place, this was mainly due to both Haas cars having monumental issues with tyres overheating on the surface but stone cold in the carcass. Overall, a pretty simple race for Perez where he beats his team-mate, but just misses out on points. 6

🎙 “Something wasn’t right this weekend and Nico shared the same feelings too. We’ll do our best to figure it out and get on top of it.”
Daniel Ricciardo – #AustrianGP, Sunday 👇
Full report 👉 https://t.co/lVywMa1PQv#RSspirit pic.twitter.com/K4ikl0ouXF

Daniel Ricciardo: The man started and finished in the same spot and the Renault looked as though it was struggling hugely in the heat of Austria. Unable to make any overtakes and dropping off the pace lap after lap. This is a race to forget. 5

Nico Hulkenberg: Positions were gained and progress was made, but at a dismally small rate. Unable to pass his team-mate and a lacklustre performance for the team. Renault need to be looking to improve to keep up with their papaya rivals. 5

Lance Stroll: Started just behind his team-mate and ended up three places behind him. Stroll’s woeful journey continues in Formula 1 after another weekend of being knocked out in Q1. The Canadian needs to pick up the pace to prove he isn’t just Daddy’s little racer. I fear he was only this high up in the standings due to penalties and the Haas car self destructing. 5

Alex Albon: The Toro Rosso was clearly lacking pace here, despite its disadvantages though, Albon managed to move up the grid from the start and beat his well established team mate. Maybe a seat further up the field is looming for the young driver? 7

Romain Grosjean: Now I know that might seem high for a driver who qualified P11 and finished P16, but that Haas car is quite clearly an awful beast to drive and is obviously not sponsored by “hashtag the best energy drink in the UK.” Grosjean has a rough time in the sport over the last 18 months, maybe that car and himself could make a comeback? 5

George Russell: An underrated drive for the young Brit. Started from the pit lane and managed to finish a lap ahead of his team-mate and beat two cars from two different manufacturers. One of which didn’t really have any issue at all. 8

Kevin Magnussen: K-Mag struggled so horribly through this race after what looked to be so promising when delivering such an incredible Saturday performance. But, the car was truly dreadful, they were beaten by a Williams and to top it all off, Kevin gave himself a drive through by not starting in his grid box properly. 4

Kubica has been voted driver of the day. Naturally.

Robert Kubica: Beaten by his team mate by a lap even though he started in the pit lane, finished a lap behind a car that had serious issues all race and a drive through, and wasn’t anywhere close to battling. I love that Kubica came back, but is his time already over? 4

The Austrian Grand Prix driver ratings are courtesy of the good folks at Late Braking. You can check them out in the following places: