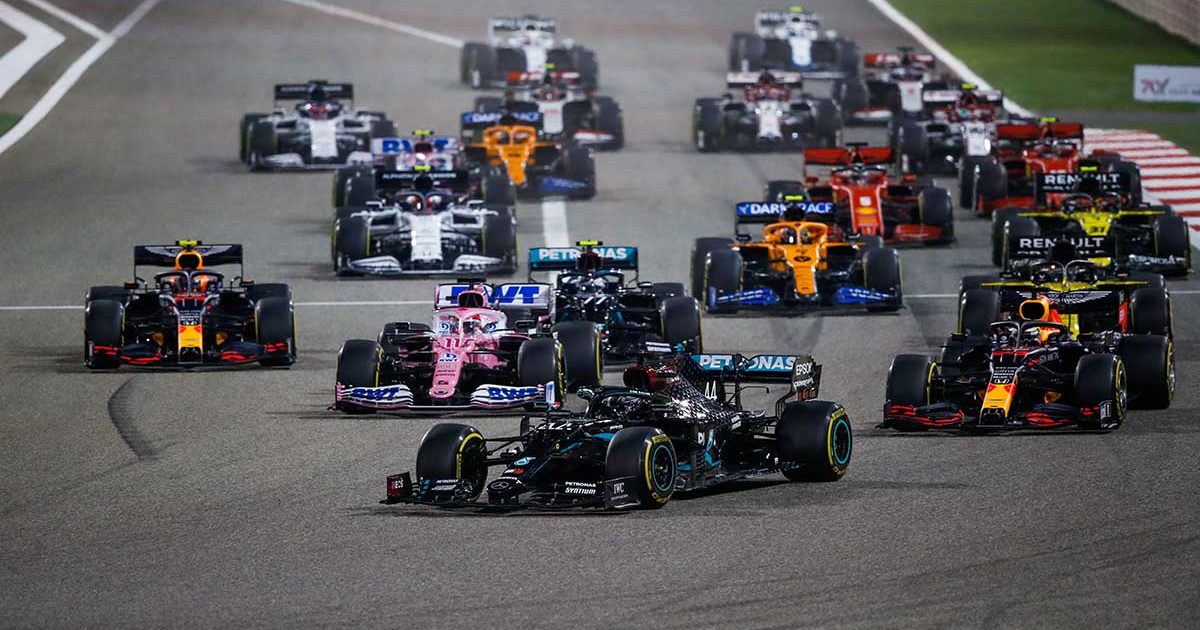 Formula 1’s final stretch of the 2020 season is a triple-header kicked off by the Bahrain Grand Prix.

The silverware for 2020 is now fully accounted for after Lewis Hamilton produced a stunning drive at a wet Turkish Grand Prix to go from P6 to victory, in the process claiming a record-equalling seventh World Championship.

But there is still another record left for Hamilton to try and match this season – if he wins the Bahrain GP, Sakhir GP and Abu Dhabi GP then he will tie the record for most wins in a season, currently held by Michael Schumacher and Sebastian Vettel with 13 in 2004 and 2013 respectively.

And behind that, Ferrari have now joined the fight for P3 in the Constructors’ Championship, meaning a fierce battle between the Scuderia, Racing Point, McLaren and Renault will be played out at the Bahrain International Circuit.

Where does the 2020 Bahrain Grand Prix take place?

The Bahrain International Circuit has played host to the Bahrain Grand Prix since the inaugural race in 2004.

Based in Sakhir, the ‘Grand Prix Circuit’ covers a distance of 3.363 miles and features 15 turns, and was the first Formula 1 race to be held in the Middle East.

Seven-time World Champion Michael Schumacher had the honour of winning the first Bahrain Grand Prix for Ferrari in 2004, while Fernando Alonso was the first repeat winner of the race, taking P1 in 2005 and again in 2006 after seeing off Schumacher in a race-long battle, making 2006 one of the all-time classic Bahrain GPs.

The 2014 Bahrain Grand Prix can be uttered in the same sentence, as Lewis Hamilton came out on top against then Mercedes team-mate Nico Rosberg in a back-and-forth battle to the line.

Directions: How can I get to the 2020 Bahrain Grand Prix

Bahrain International Airport (BAH) is situated just east of Bahrain’s capital, Manama. Bahrain’s Gulf Air is based there and offers direct flights from the Middle East, Europe and parts of Asia.

From there, a taxi is the best option since public transport does not service the circuit.

But it’s Bahrain after all, so how does a private chauffeur-driven car or limo sound? Also, note that the race organisers put on a free shuttle bus from the airport to the circuit and to/from selected hotels during race week.

Where can I watch the 2020 Bahrain Grand Prix?

The Bahrain Grand Prix will be shown live on TV on the following outlets in other key markets:

What are the odds for the 2020 Bahrain Grand Prix?

Latest bookmaker information as expected shows that 2020 World Champion Lewis Hamilton is expected to come out on top at the Bahrain Grand Prix.

What is the weather forecast for the 2020 Bahrain Grand Prix?

What is the starting grid for 2020 Bahrain Grand Prix?

For the 98th time in his career, Lewis Hamilton bagged pole position. Joining him on the front row is a familiar face in Valtteri Bottas as Mercedes secured yet another 1-2 lock-out. 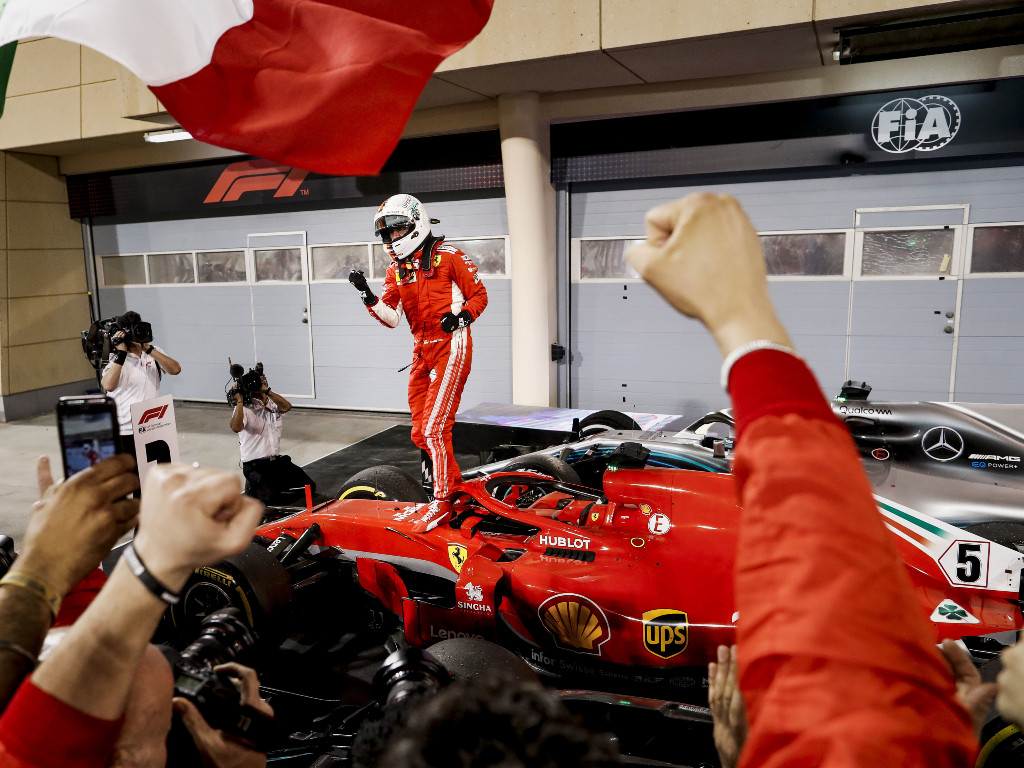 Sebastian Vettel is the most successful driver in the history of the Bahrain Grand Prix, winning on four occasions.

Ferrari are the most successful manufacturer with six wins at the Bahrain Grand Prix, but the dominant Mercedes outfit are not far behind on four.

The previous 10 winners of the Bahrain Grand Prix are as follows:

Featuring a challenging mix of fast, sweeping bends and tight apexes, Pirelli have responded by bringing some durable tyres to match.

Pirelli’s tyres range from C1 to C5 with the rubber getting softer and grippier as the number increases.