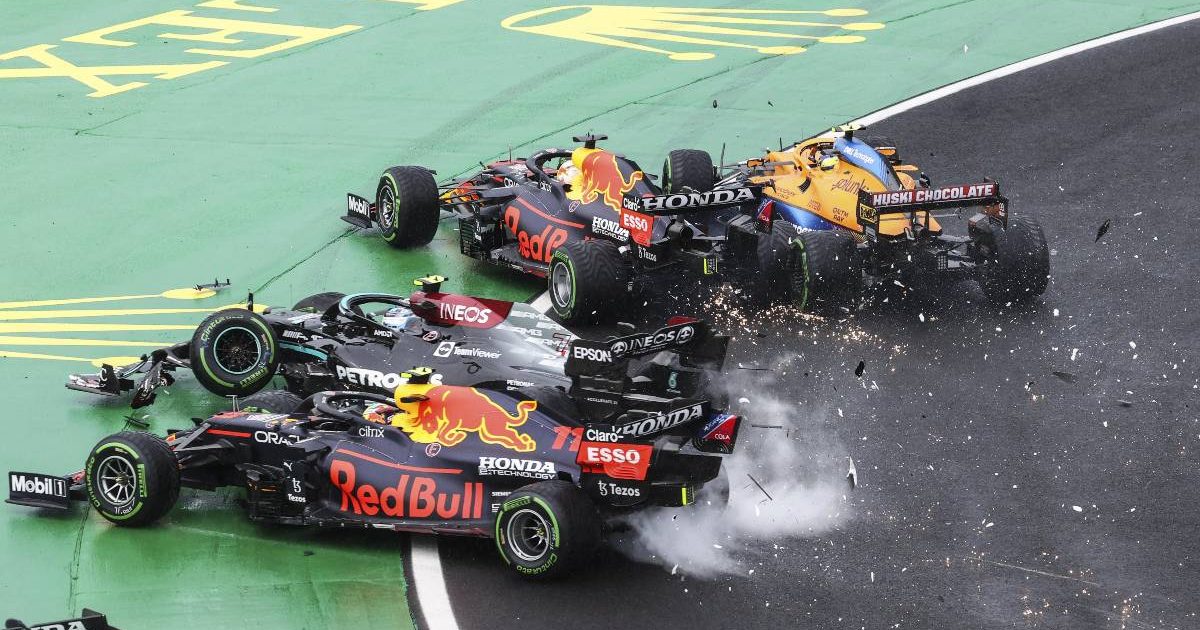 Formula 1 returns from its summer holiday with the Belgian Grand Prix – and nobody needed the break more than Red Bull.

Like a football team who have just fallen behind and are under pressure, Red Bull and Max Verstappen were desperate for that half-time whistle.

Given how serene their progress had been towards building big leads in the Drivers’ and Constructors’ Championships, it was alarming just how quickly things unravelled at the latest two races in Britain and Hungary.

From coasting to three consecutive victories in France and Austria (twice), there came more reminders – not so long after a previous one in Azerbaijan – for Verstappen that heroes can turn to zeroes in Formula 1 very quickly.

Not that Red Bull or the Dutchman have done anything wrong in how their fortunes have nosedived so dramatically. They were the victims of contact from Mercedes cars at Silverstone and Budapest which left Christian Horner’s team counting the cost both in terms of a large number of points lost and a hefty repair bill running into millions of euros.

So the vacation came at the right time for Red Bull. It was a chance to reset and look ahead to how they can turn things back in their favour, with both titles still very much there to be won – especially as they appear keener to eke more improvement out of the RB16B than Mercedes with the W12.

That said, the reigning champions looked to have a faster car than previously in Britain and Hungary. They do have a significant disadvantage at Spa-Francorchamps, however, with Valtteri Bottas incurring a five-place grid penalty for the melee he triggered last time out.

The weather is, of course, often a factor at Spa, which appears to have its own micro-climate in the Ardennes hills, and this weekend’s forecast looks distinctly unsettled.

If qualifying takes place in the dry, a front row of Verstappen and Lewis Hamilton looks highly likely and we will all hold our breath for the short run to the tight right-hander at La Source, considering what has happened in the last two races.

Indeed, we should be braced for thrilling wheel-to-wheel action up through Eau Rouge and Raidillon onto the Kemmel Straight at one of F1’s iconic circuits, all the while keeping everything crossed that we see no repeat of a couple of horrific crashes that have occurred at Spa in other series in recent years.

Hamilton, who leads the Drivers’ standings by eight points, led home a Mercedes one-two last year but in the knowledge that Bottas can start sixth at best, Red Bull really need Sergio Perez to make it a double-pronged challenge with Verstappen on the seven-time champion.

At the time of writing, Perez was still waiting to hear whether he would be kept on for a second year with the team. You sense he probably will be, but a strong weekend is much needed because the Mexican has suffered a dip since his Baku victory.

Away from the top two constructors, there is an even closer battle ensuing for third position in the teams’ championship between McLaren and Ferrari who are level on points.

Charles Leclerc and Carlos Sainz are dovetailing nicely for Ferrari, whereas McLaren’s total of 163 is largely down to the ultra-consistent Lando Norris.

This is a circuit where Daniel Ricciardo, set to reach 200 races in Formula 1, won in his Red Bull days – he has also finished second, third and fourth, and a similar kind of result this weekend would be a sign of increasing competitiveness after his difficult first half-season with McLaren.

Elsewhere, Esteban Ocon will arrive in the paddock with the biggest smile having become the latest F1 winner by capitalising on the Hungaroring Turn 1 chaos sparked by Bottas.

The Frenchman was helped massively by his Alpine team-mate Fernando Alonso fending off Hamilton for several laps but, unless the weather plays a hand again, you would imagine this time the duo are more likely to be racing Aston Martin and AlphaTauri in the midfield.

However, in this highly entertaining campaign, Aston Martin and in particular Sebastian Vettel have shown twice they are capable of cashing in when opportunities are there to be taken.

Vettel was pressuring Ocon for victory in Hungary but ultimately lost his second runner-up finish of the season due to not having enough fuel in his car at the end.

Obviously not the outcome the four-time former World Champion wanted, but the performance was nevertheless another vindication of him joining this ambitious team.

The further down the grid you go, the more uncertainty there is about driver line-ups for 2022 and that is especially the case at Alfa Romeo and Williams.

There remains a live chance this could be the last half-season of Kimi Raikkonen’s F1 career that dates back 20 years, but if the flying Finn feels he needs a strong display to preserve his place at Alfa Romeo then Spa presents an ideal chance to produce it.

Raikkonen was the king of Spa with four victories in five editions between 2004 and 2009 – no Belgian Grand Prix was held in 2006 due to renovations at the circuit – and therefore has as many victories there as Hamilton.

Williams, of course, are reliant on Mercedes’ decision between George Russell and Bottas before they can finalise their 2022 drivers, the Briton and Nicholas Latifi both having scored their first points for the team in Hungary.

No wonder the duo, and their girlfriends, were photographed sipping cocktails (or mocktails) on their recent holidays in Mykonos.

Less luck in that respect for Haas – the points finishes, that is, not the girlfriends or cocktails. Hungary offered as good an opportunity as they could have hoped for but, despite a plucky drive in which he diced for position with Verstappen, Mick Schumacher ended up 12th.

Nikita Mazepin found himself the innocent victim of a pit-lane collision with Raikkonen, who was not at fault either, and the Russia-born driver kicks off the second half of the season knowing that, despite being last in the championship, the financial backing he brings means his place at Haas is completely secure.