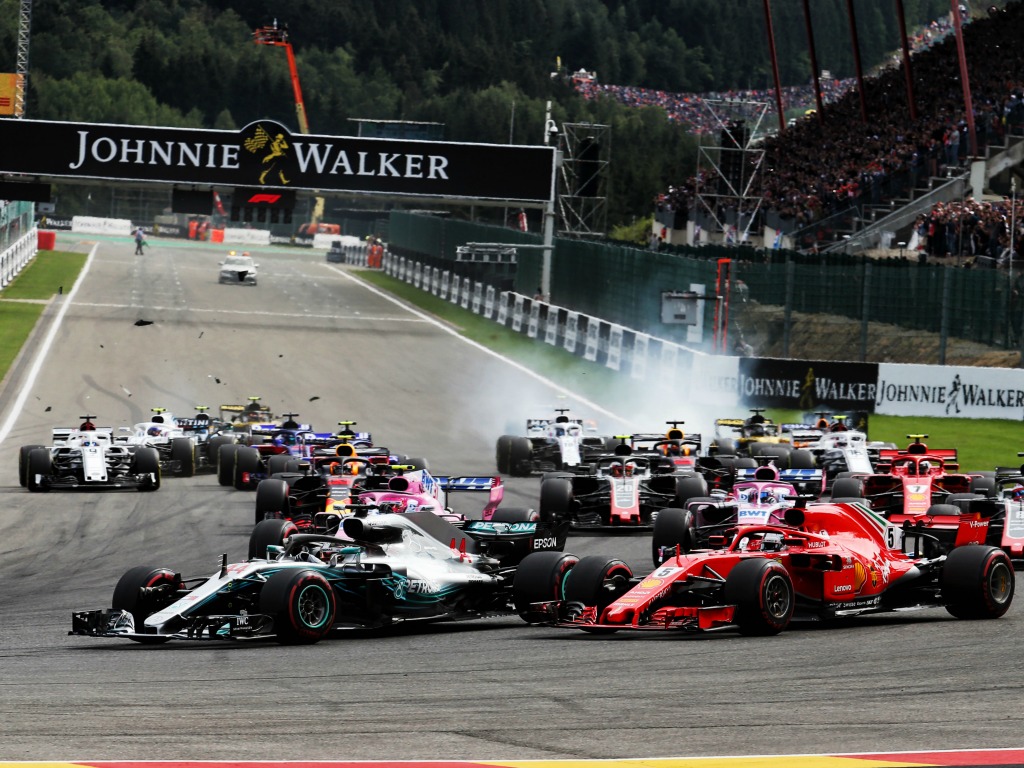 F1 will return from its summer break this weekend for the 2019 Belgian Grand Prix at the iconic Spa-Francorchamps circuit.

The Max Verstappen fan club will be out in force again as the little Belgian town turns bright orange for the weekend – and the Dutch army will arrive with renewed hope and expectation after Max’s brilliant recent performances.

Victories in Austria and Germany as well as a near miss in Hungary have propelled Verstappen to the role of Lewis Hamilton’s nearest challenger on track.

Hamilton did restore some sense of order by finally passing Verstappen to win in Hungary, while his team-mate Valtteri Bottas continues to flounder along with the disappointing Ferrari duo Sebastian Vettel and Charles Leclerc.

All is set fair for a spectacular weekend of action, and here is everything you need to know about one of the showpiece events on the F1 calendar…

The start times for the Belgian Grand Prix are as follows:

Where does the Belgian Grand Prix take place?

In every sense the Belgian Grand Prix is one of the classics on the F1 calendar. A circuit both spectacular and emotive; La Source hairpin, the downhill plunge to Eau Rouge, the forest setting and the longest lap distance in the World Championship.

But the weather and size of the track means it can be problematic for drivers. It can be dry in one place and wet in another.

Some of the course follows public roads, but the track boasts excellent facilities for teams, officials and media. It has been the home of the Belgian Grand Prix on a permanent basis since 1985.

Directions: How can I get to the Belgian Grand Prix?

Where can I watch the Belgian Grand Prix on TV?

Belgian Grand Prix weekend – including qualifying and the race proper – will be screened live in the UK by pay-TV broadcaster Sky Sports on its dedicated Sky Sports F1 channel. You can also access a live stream of the coverage via Now TV. Full coverage will also be aired by free-to-air broadcaster Channel 4.

The Belgian Grand Prix will be shown live on TV by the following outlets in other key markets:

What is the weather forecast for the Belgian Grand Prix?

Spa is a challenge for any F1 driver and it brings out the best in the great ones. Michael Schumacher roared to victory six times in the Belgian countryside while the late, great Ayrton Senna came home in front five times.

Another current driver Kimi Raikkonen has found Spa a happy hunting ground with four successes, while Lewis Hamilton and Sebastian Vettel both have three.

Ferrari head the way in terms of constructors with 17 victories while McLaren have 14.

Charles Leclerc produced a stunning qualifying performance to storm to pole for Ferrari at Spa on Saturday. He headed a front-row lockout for the men from Maranello, with Mercedes left trailing in their wake. Full grid positions for the Belgian Grand Prix are as follows:

* Lance Stroll, Alex Albon, Antonio Giovinazzi and Daniil Kvyat will start from back of grid due to multiple power unit element changes. Kvyat is also penalised five places for an unscheduled gearbox change.

* Nico Hulkenberg, Daniel Ricciardo and Carlos Sainz are each penalised five places for use of additional power unit elements.

* Robert Kubica races at the stewards’ discretion after failing to set a qualifying time. Starts from pit lane after new engine and front wing assembly.

What are the odds for the Belgian Grand Prix?

Charles Leclerc leapt to the top of the betting market for the Belgian Grand Prix after that superb pole lap at Spa on Saturday. Leading odds from Bet365 are as follows:

The leaders in the race for the driver and constructor titles heading into the Belgian Grand Prix are as follows:

F1 tyre manufacturer Pirelli will bring the white hard C1 tyre to the Belgian Grand Prix along with the yellow medium C2 and the red soft C3. Their compound set ranges from C1 (the hardest) to C5 (the softest).

Gasly out, Albon in: driver changes for the Belgian Grand Prix

Red Bull finally made the move to demote the struggling Pierre Gasly on Monday August 12, three weeks ahead of the big race at Spa. The Frenchman had suffered a miserable season so far – trailing considerably in the wake of the brilliant Verstappen.

Gasly will revert to Toro Rosso from the Belgian Grand Prix onwards while the talented young Thai Alex Albon – who has spent the season so far with Toro Rosso – will replace him at Red Bull.