Home F1 Features Can Hamilton again save his title hopes in Brazil? 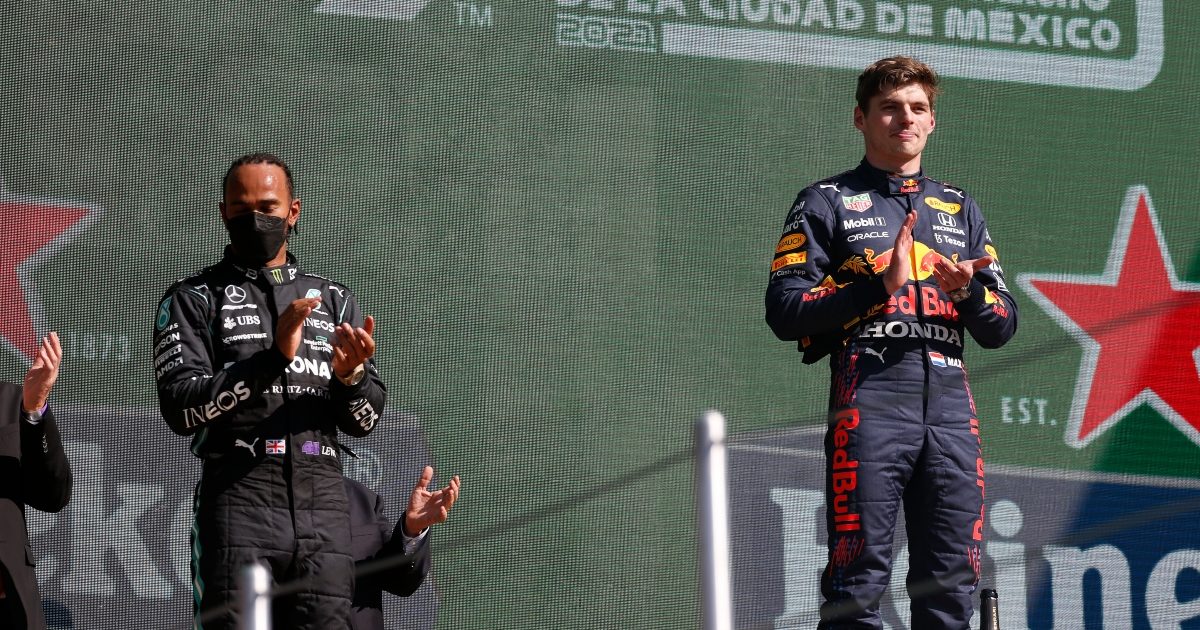 Lewis Hamilton has previously delivered under enormous pressure in Brazil – and will need to again if he wants to keep his title hopes alive.

The Briton has headed to Brazil with a title on the line in the past and on two occasions, the now seven-time World Champion did what he needed to.

In 2008, he had to finish in the top five and just about did, taking P5 on the final lap, while in 2016 he had to avoid scoring seven fewer points than his team-mate Nico Rosberg and ultimately won a chaotic race to take the title fight to the final race.

His chances of winning this year’s championship cannot mathematically end in Sao Paulo, but with Max Verstappen leading him by 19 points with four rounds to go it is hard to see him coming back if the Dutchman wins there for the second consecutive time.

Stopping him from doing so will be a big ask for Hamilton and Mercedes though, with the higher altitude making Red Bull likely to have a faster car than their rivals as they did in Mexico.

Moreover, the German team will have two Red Bull drivers to deal with now Sergio Perez has very much got to grips with his machinery. The Mexican has three P3 finishes in a row now and will be determined to go one better and give his team their first 1-2 finish since 2016.

Toto Wolff and co can take some encouragement from past results at this circuit with them having won all but two races there in the hybrid era. But at the only one that has taken place since Red Bull started using Honda engines, which thrive in the thinner air, they were comfortably stronger.

All logic suggests that if Hamilton is to close the gap at the top of the standings, he will need to deliver one of the drives of his life – although some rain or chaos in sprint qualifying could make logic somewhat irrelevant.

Ferrari will need such chaos if they are to add to the 11 wins they have to their name at Interlagos, but given how things went for them in Mexico they can probably afford to settle for two top-10 finishes.

Charles Leclerc and Carlos Sainz finished in P5 and P6 respectively in Mexico City and with McLaren only scoring one point there, it was enough for the Italian team to move up to P3 in the Constructors’ Championship.

With a 13.5-point lead and an upgraded engine that has very much made them the third fastest team generally, they will fancy their chances of holding on to that spot – but as Andreas Seidl recently said, McLaren will not go down without a fight.

No team on the grid has enjoyed more success than they at the circuit, with a record tally of 12 wins to their name. They did well the last time the sport headed there too as Sainz, then in papaya rather than red, finished in P3 to give them their first podium finish since 2014.

They will take some hope from the fact their race pace looked decent in Mexico. Lando Norris finished eight places up on where he started, scoring a point, while Daniel Ricciardo was able to hold off Valtteri Bottas’ Mercedes further down the field after the two collided at the start.

Even so, McLaren are still likely to be playing catch-up throughout the weekend against Ferrari, and the Scuderia may well not be the only midfield team Seidl and co struggle to beat.

Like Red Bull, AlphaTauri thrived in Mexico thanks largely to their Honda engine with Pierre Gasly being one of the stand-out performers of the weekend, qualifying in P5 and finishing the race in P4.

another race week another garage playlist to fill ✌️

get your tunes in! 👇 🇧🇷 pic.twitter.com/lI86VjhTDP

Looking at the form he is in and how well suited his car will be to the track, Gasly surely will be well in the mix for another top-six finish at Interlagos, even if matching his P2 result from last time he raced there is a long shot.

All of the above is bad news for Alpine, who are now level on points with Gasly’s team after having a healthy margin in P5 in the standings just a few rounds ago. It is hard to see them not dropping down a place by the end of the weekend unless they can find far more pace than they did last time out.

Not only were they way off AlphaTauri in Mexico but they were also often slower than Aston Martin and Alfa Romeo. If that is the case again, not even some Fernando Alonso heroics will keep Alpine inside the top five in the Constructors’ Championship barring a disaster for Red Bull’s sister team.

However badly things go for the French outfit though, they will not have to worry about losing more than one place in the standings with Aston Martin a whopping 38 points behind them.

Maybe the happy memories of winning the 2012 title at the track will give Sebastian Vettel a bit of a boost, but even if he continues his points-scoring streak the biggest positive for the team at the end of the weekend will most likely be that they will be one step closer to the end of a difficult season.

The same can be said for Alfa Romeo who, despite scoring two points courtesy of Kimi Raikkonen in Mexico, still trail Williams by 12 points, which is a big margin for a backmarker. If they want to keep alive any hopes of taking P8, the team will need another strong race.

Their other driver, Antonio Govinazzi, will be particularly keen to have one of those. On a weekend when it seems certain his replacement will be confirmed, he would surely love nothing more than to steal the limelight from that announcement.

If the previous race is anything to go by, Williams will need some help, whether it be from incidents or rain, if they are to challenge their rivals, while for Haas, even that probably would not be enough.