Home F1 Features Can Raikkonen turn back the clock at Spa? 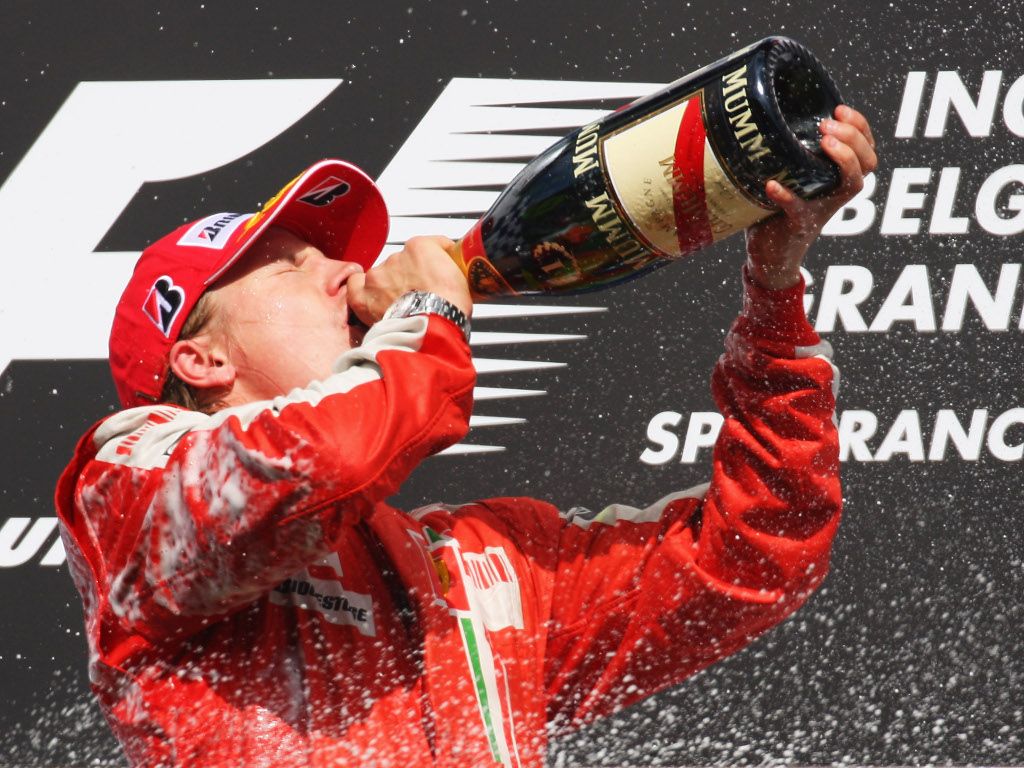 The last time Kimi Raikkonen claimed five podiums on the trot was in 2007, the year he won the World title with Ferrari. And while he may not be the favourite for this year’s crown, he could turn back time with a victory in Sunday’s Belgian Grand Prix.

Raikkonen is the most successful driver, at least of those still racing in Formula 1, at Spa with four triumphs to his name. His last came in 2009 when he beat Force India’s Giancarlo Fisichella by less than a second.

Back then he was fighting for his Ferrari career, a position he once again finds himself in this season.

But while Raikkonen was dropped by Ferrari that time around, rumour has it he is set to be handed a new two-year contract that will see him remain with the Scuderia through to the end of 2020.

A victory at Spa this weekend would go a long way toward giving those rumours some credence.

However, unless he gets a big gap to his team-mate Sebastian Vettel, Ferrari may be forced to play the number one status card as the German looks to close the 24-point gap to Lewis Hamilton in the championship.

Back-to-back wins ahead of the summer break saw Hamilton pull clear of Vettel in the standings with both drivers chasing their fifth World title.

According to the history annuals, it is Hamilton and Mercedes who should have the advantage this week at Spa as the fast-flowing extremely long circuit has in the past played to the strengths of their F1 cars and, more importantly, the Mercedes power unit.

This year, though, those strengths belong to Ferrari.

The Scuderia’s engine is finally the one to beat and the 7km Belgian track, with its iconic Eau Rouge, Bus Stop and Pouhon should suit the SF71-H down to a tee.

The title protagonists could yet face competition from Red Bull with Max Verstappen looking for a “home” win – he was born less than 100km away from the track, while Daniel Ricciardo will be keen to show Red Bull what they’ll be missing next season.

The Aussie, who is off to Renault in 2019, has not won a grand prix or even been on the podium since Monaco with Verstappen putting in three top-three results since then.

With Christian Horner saying Ricciardo wants to “check out” of his rivalry with his team-mate and avoid playing a “support role”, Ricciardo has nine races remaining to prove him wrong.

Romain Grosjean, Stoffel Vandoorne, Marcus Ericsson, Brendon Hartley and Sergey Sirotkin are all fighting for their careers with the latter two both watching on as their team-mates, Pierre Gasly and Lance Stroll, are destined – or in Gasly’s case actually confirmed – for moves up the grid.

But with Spa’s picturesque setting and challenging fast corners, put the championship and the battle for places on next year’s grid aside this Sunday and tune in for 44 laps of pure racing pleasure.