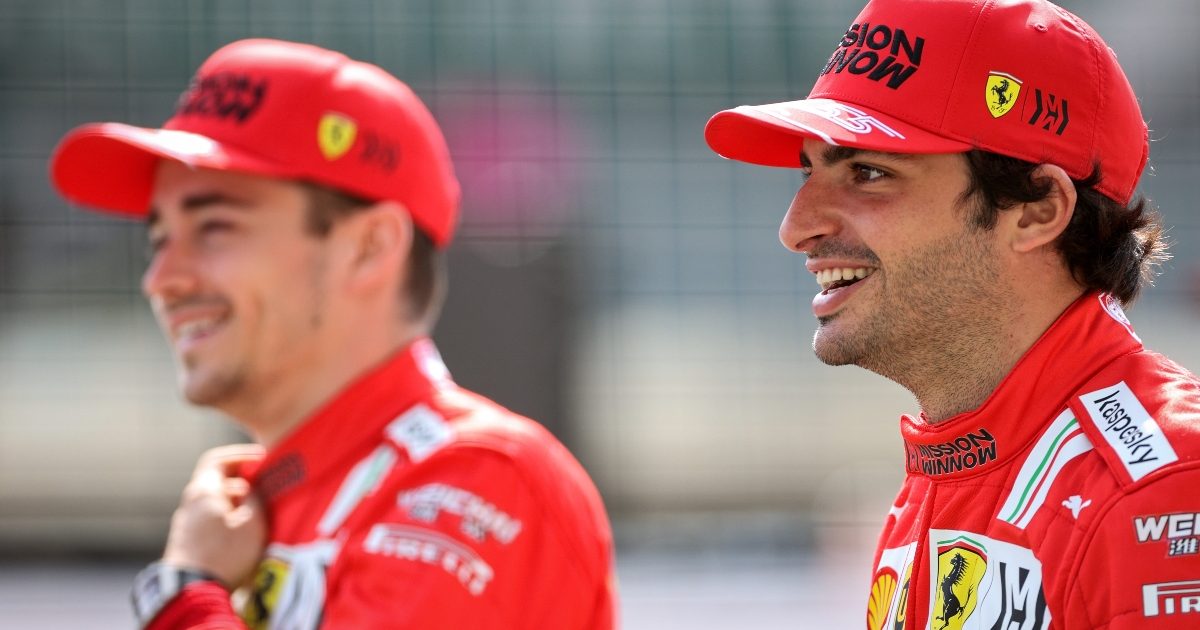 Charles Leclerc has been Ferrari’s golden boy since joining the team in 2019, but for the first time, that status looks to be under threat.

The Italian team have always favoured having a clear hierarchy with their drivers; in this century, for example, Michael Schumacher, Fernando Alonso and Sebastian Vettel have been team leaders with Rubens Barrichello, Felipe Massa and Kimi Raikkonen as their respective number twos.

Leclerc looked set to be their main man for years to come when he started to out-perform Vettel, with the Scuderia handing him a long-term contract and replacing the German with Carlos Sainz, the ideal second fiddle. Or so they thought.

However, the Spaniard has been far more than that this year, with him often being the stronger of the two and leading the Monegasque by half a point with six rounds to go. When he joined, he said he had no intention of being a supporting act, and the results are backing that up

That begs the question: Should Leclerc be worried?

"Show us which of you is leading the Ferrari in-team battle by half a point at the moment?" 🙋‍♂️#F1 pic.twitter.com/mkt8AKAcmv

First things first, it has to be said that the 23-year old hasn’t had a bad season by any means and has, at times, been better than ever.

In the 14 races that he has finished, he’s crossed the line outside of the top six just four times and has taken a top-four finish at four of them, despite being in a midfield car. More often than not, he’s also beaten his team-mate.

He’s also been one of the best on the grid on Saturdays, securing two pole positions, albeit thanks to Red Flags, and comfortably leading Sainz in the qualifying head-to-head.

The most important statistic though is of course the points tally, and that’s where he trails. Why? Because when opportunities have presented themselves, Sainz has been the one to step up.

No opportunity has been bigger than the Monaco Grand Prix, where the Ferrari was very much a front-runner. While he took pole position though, Leclerc crashed soon afterwards and couldn’t start the race. Sainz, on the other hand, didn’t put a foot wrong and finished comfortably in P2.

It was a similar story at Sochi. There, the two were running in P4 and P8, led by Sainz, when the rain started to fall. The 27-year-old timed his pit-stop perfectly to secure a podium while Leclerc decided to try and stay out on slicks and dropped out of the points altogether.

He may not be faster, but Sainz has been the one that has more often kept cool under pressure and taken big chances when they have come the team’s way.

Such qualities are rather important, to say the least, but have his performances been good enough for Ferrari to reconsider whether Leclerc should be their number one going forward? Probably not.

For one, capitalising on rare opportunities is a more crucial skill than having excellent pace for both of them at the moment while they’re in midfield machinery. However quick they are, it won’t be enough for them to get podiums, but being opportunistic will.

But if or when Ferrari become front-runners again, outright pace will be important, and there’s little doubt that Leclerc has the advantage in that department.

As previously mentioned, he has comfortably been the stronger of the two in qualifying as well as in races that haven’t been hit by some form of chaos, and proved in 2019 just how good he is when driving a top car.

What’s more, at the age of 23, he’s still going to improve a huge amount, most likely more so than Sainz who is four years older and arguably already in his prime years.

Indeed, perhaps the Monegasque’s weakest points now – crashes and decision making – are ones that will no doubt become less prevalent as he gets more experienced. For proof of that, you need only look at Max Verstappen’s development.

Even if he doesn’t comfortably surpass his team-mate in the coming years and the two remain evenly matched, the fact that he’s a product of the Ferrari academy would no doubt swing things in his favour when it comes to the team picking their leader.

Mattia Binotto and co won’t worry about doing so while they’re still in the midfield battle, but history suggests that when the Prancing Horse does prance back to the front of the field, whether that be next season or later on, all eggs will be put in one driver’s basket.

Whose it will be isn’t certain thanks to Sainz’s excellent performances this year, and he still has more time to further stake his claim.

However, if Leclerc performs to the best of his abilities, he’ll surely be the man to lead the charge when Ferrari finally fight for titles again.