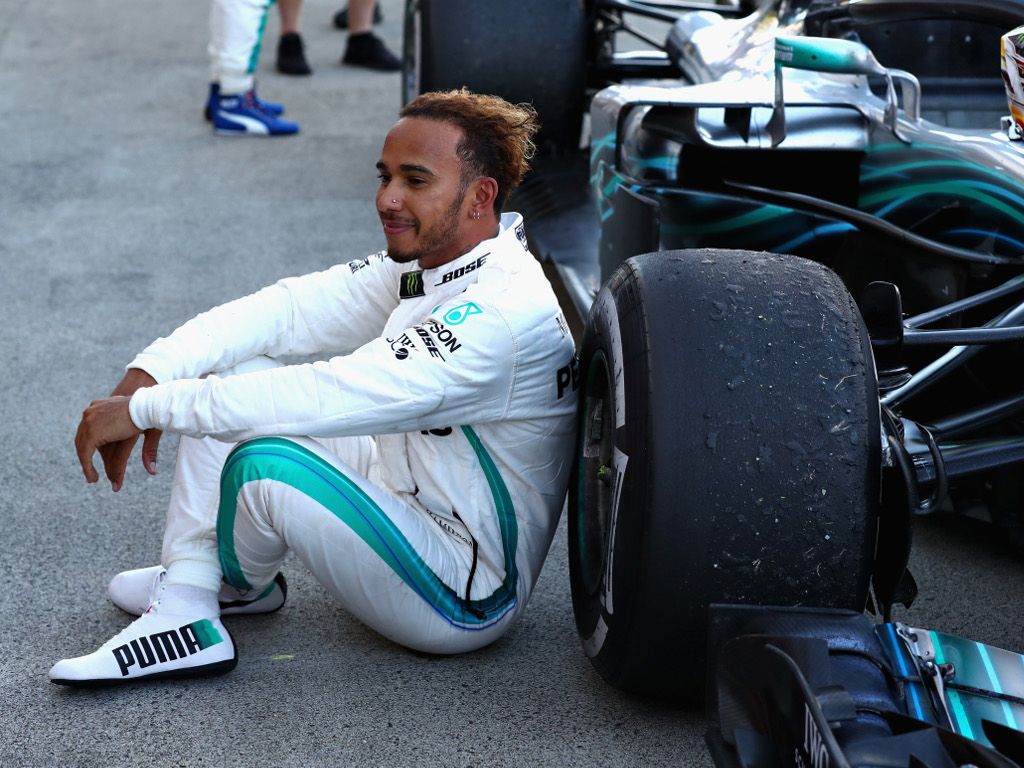 The title race is all but run but Red Bull and Honda show progress, Renault tread water, and Suzuka also throws up more questions about Pirelli’s approach and the standard of officiating…

Well that sums it up

As Lewis Hamilton banged in what at the time was the fastest lap of the race, Sebastian Vettel was off the track. Facing the wrong way, after making contact with Max Verstappen at Spoon corner. It was a neat summary of the the second half of the season – a microcosm of Hamilton’s irrepressibly fast and mistake-free driving, which has been a stark contrast to Vettel’s error-prone campaign.

Nico Rosberg knows as well as anyone what it takes to beat Hamilton. In Singapore the 2016 Champion said: “You cannot beat Lewis Hamilton to a Championship by making so many mistakes, that’s a fact.”

Rosberg knows too that being psychologically strong is key to beating Hamilton. And Vettel’s psychology and decision-making has been questionable all season: his brave but ultimately futile move in Baku is a case in point, and his various other mistakes have been well documented.

With the 2018 title all but settled Vettel needs to take heart from his compatriot’s run-in in 2015. After losing to Hamilton in the title race that year, Rosberg finished the year with three straight wins, giving him momentum going into 2016 that played a crucial part in his title success.

Red Bull on the rise despite Renault woes

Verstappen wasn’t able to launch a full-on assault for P2 due to a lack of grunt from his Red Bull’s Renault power unit, and he was vocal in making that clear. His five-second penalty for leaving the track and then playing bumper cars with Kimi Raikkonen also hurt his bid to split the dominant Mercedes cars.

There's been a kerfuffle pic.twitter.com/vYpxPGTAOk

Daniel Ricciardo, meanwhile, notched up a superb recovery drive after a Renault technical issue ruined qualifying. P3 and P4 is a good return for Red Bull, a team that used its nous to leapfrog Ricciardo past Raikkonen. Similarly, Raikkonen’s race – finishing P5 after starting fourth – underscores the team-wide problems that Ferrari tend to suffer at the back end of seasons.

Honda miss out on points but sends a message

Pierre Gasly lost out to tenth place as a late-charging Carlos Sainz made his way through the field on Renault’s offset strategy. With both Toro Rossos qualifying in the top ten, the team will be disappointed to leave Suzuka without a point. Yet there is little doubting that Honda has made progress relative to rivals through 2018.

If Honda can find a few more horsepower in the winter, then Red Bull, who switch to the Japanese supplier for 2019, will be regularly challenging Ferrari – and perhaps the Silver Arrows too.

Is too much Spooning a bad thing?

With Vettel and Ricciardo out of position there was plenty of overtaking through the race and Spoon curve was the favourite area for drivers to launch attacks. While most fans bemoan a lack of overtaking in the sport, there is another side to the debate, which is that too much overtaking devalues the action.

Aficionados may feel that way about the volume of overtakes at Suzuka, but nonetheless what’s not in doubt is that this is an old-school track that is a treat for drivers and fans.

Another woeful weekend for Renault’s lead driver ended with a DNF. The German has scored points in just one of the last grands prix and is now ninth in the standings when he was widely tipped to be leading the charge against the big three.

The German’s purple patch in the summer (with P6 in Britain and P5 at his home race) are a distant memory. At the same time Sainz has picked up his form, bagging points in four of the last six races.

Literally our least favourite thing to tweet. A problem detected on the rear of Nico’s car means we bring him in. His race is done. #RSspirit #JapaneseGP pic.twitter.com/HirTguU6th

More questions for Pirelli and the stewards

The delta, or difference in speed, between the different Pirelli tyres available in 2018 seems to be negligible. It is obvious now that Pirelli needs to manufacture tyres with a larger performance gap for true strategic variance to emerge.

Short of doing that, the authorities may wish to consider two mandatory stops per race because painting the sidewalls of tyres all the colours of the rainbow has become nothing but a marketing exercise.

If Pirelli’s rubber is too consistent and too predictable, then the stewarding is utterly inconsistent and unpredictable. While Verstappen’s penalty for the Raikkonen incident received a penalty, Vettel’s contact with Verstappen did not.

Fernando Alonso described the officiating as “random” – an observation that is difficult to quibble with, especially given his penalty for leaving the track and gaining an advantage despite being pushed off the track by Lance Stroll.

Yes, the two-time Champion moans too much, but this time his assessment was on the money. “It is difficult to understand the decision but you know, this is how bad Formula 1 is,” he said.