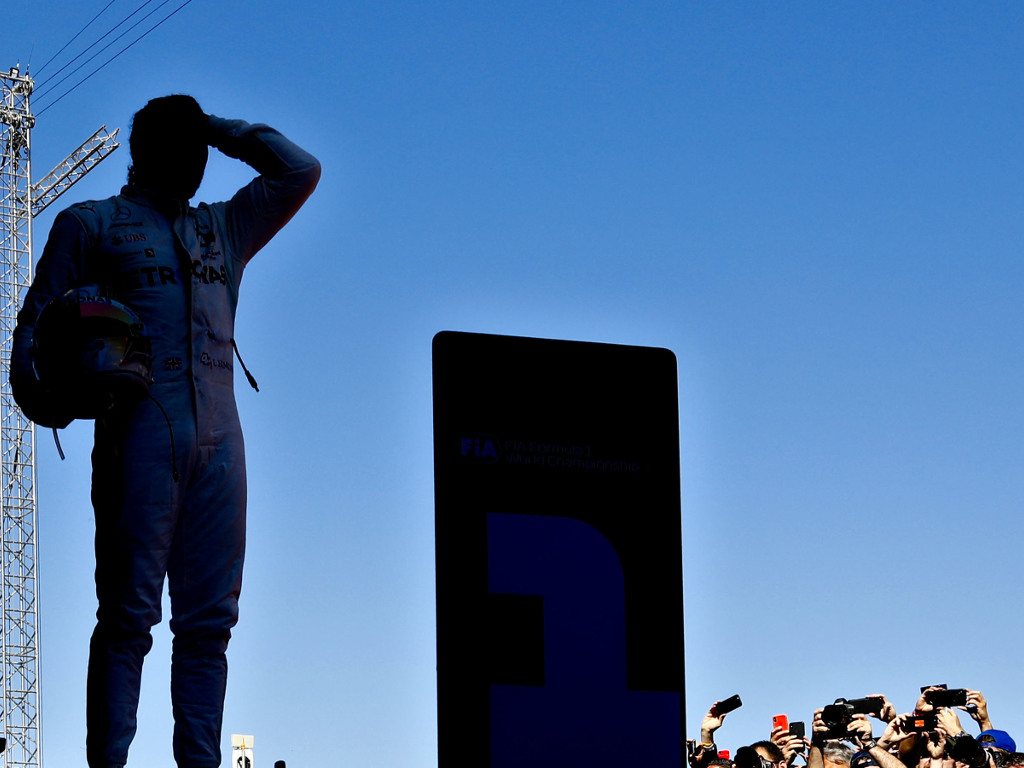 Mercedes get everything right again as Ferrari struggle to get anything right, Red Bull’s star driver underscores his credentials, the Torpedo makes an impossible move stick, while the hometown hero surges through the field.

Ferrari dominated winter testing but no points are awarded before the season starts. Ever since the second week of testing in Barcelona when Mercedes pitched up with what was essentially a B-spec aero kit, the German manufacturer has been irrepressible. The upgraded W10 that took to the track back then is now clearly the class of the field, and on the evidence of the updates that were bolted on in Catalunya, the Merc technical team are already winning the development race too.

Lewis Hamilton returned to form on Sunday after a difficult qualifying to reclaim the lead in the standings over Valtteri Bottas. Hamilton now has double the number of points over Ferrari’s Sebastian Vettel, the man widely tipped to be his closest challenger in 2019. More than 1 second a lap faster than Ferrari in the first stint in Barcelona, this campaign is shaping up to be a walkover.

Red Bull may not be the leading team in F1.5 behind Mercedes, as Ferrari still have a slight edge in qualifying at the very least, but Max Verstappen has emerged as the best of the rest behind the unstoppable Silver Arrows. A second podium of the season presents ample evidence that Verstappen is the man most likely to capitalize in the (seemingly unlikely) event that Mercedes slip up.

“Phenomenal” is the word team boss Christian Horner used to describe Verstappen’s performances and no one can quibble with this glowing assessment after Barcelona.

Verstappen’s form should come as no surprise. The flying Dutchman’s form in the tail-end of 2018 was brilliant, with five podiums and a race win in the last five races of the season. And there is more to come: Red Bull are usually the team to beat at Monaco, the next stop on the calendar.

Moreover, the relationship with Honda is still in its infancy and will only get stronger, while Verstappen has cut out the inconsistency and errors that hurt him so much in early 2018.

The Scuderia’s updates, which included a new power unit, failed to impress in Spain, which leaves them further adrift of the Silver Arrows but also shows that they are losing the development race. Ferrari had two 4.4 second pit stops due to issues at the left rear, which means that the operational problems that blighted 2017 and 2018 remain a cause for concern.

At a strategic level the decision to shod Charles Leclerc with hard tyres was a desperate move was never going to work, while the problems around driver management cropped up again in Spain with Vettel holding up Leclerc in the first stint and the Maranello newcomer returning the favour in the second. And then of course there was the reliability problem that cost Leclerc victory in Bahrain. In short, Ferrari are struggling in every department.

Passes at a premium but not impossible

The only stand out moment for Ferrari in the race was Vettel’s superb pass on Pierre Gasly through T10 after his second stop. The German had to brake late in a short braking zone to get on the inside and then did a sensational job to fight some vicious understeer to just about make the apex to claim the position.

Even better was Daniil Kvyat’s wonderful move to get past Kimi Raikkonen at Turn 4 on lap 25. The Toro Rosso driver was brave enough to stick his car on the outside of the corner and managed to conjure up enough grip to complete a great pass at a corner that is not particularly conducive to overtaking.

We saw some mega moves from @kvyatofficial on Sunday

Here are three of the best 👏 👊#F1 🇪🇸 #SpanishGP pic.twitter.com/7Y7qNMgMx5

After a tricky start to life at McLaren, Carlos Sainz put in a storming drive to claim eighth – from 12th on the grid. The Spaniard is building momentum following P7 in Baku and is looking comfortable as the man to help the British team’s rebuilding in the post-Alonso era. Sainz went wheel to wheel with Romain Grosjean for P8 but came out on top after banging wheels with the Haas.

Haas are best of the rest, but miss another opportunity

Kevin Magnussen showcased all the characteristics for which he is loved and hated on his way to seventh. The battle with team-mate Grosjean will have taken years off Haas team boss Guenther Steiner’s life, but it was an important moment for Magnussen who revelled in the heat of battle to assert himself as Haas’s main man.

Guenther Steiner: "Kevin, the first one to come and see is me." #F1pic.twitter.com/tmmqvdCqB2

As for Grosjean, he managed to hold on to finish tenth and claim his first point of the season, though it could’ve been so much better for both him and his team.