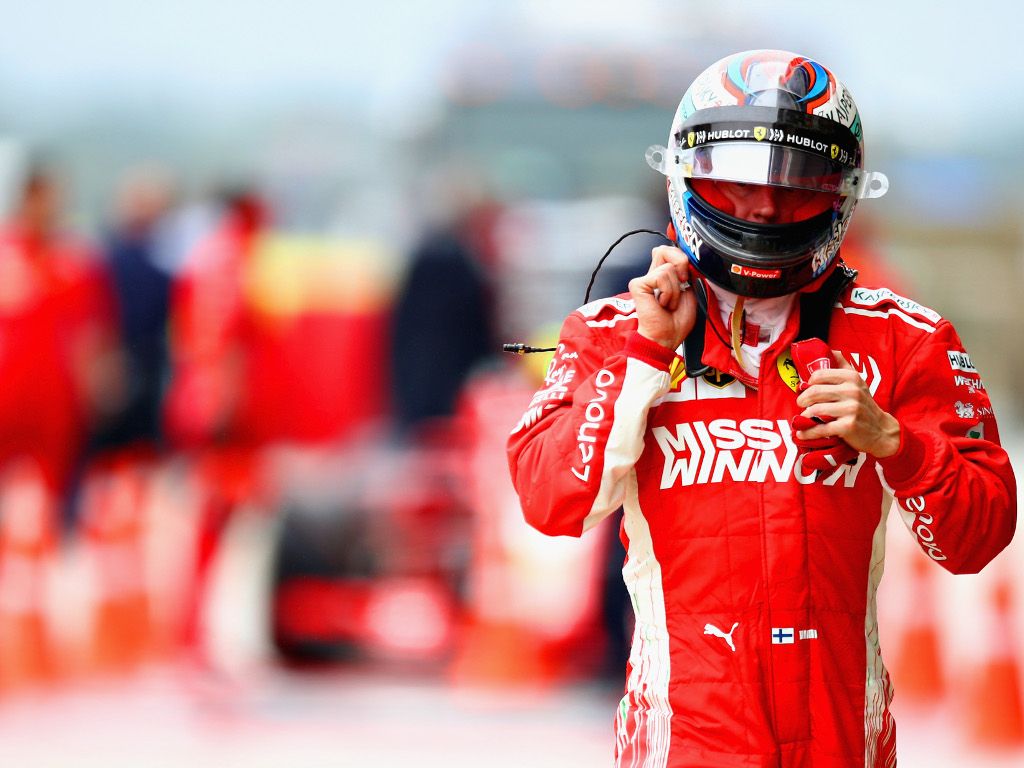 The 2018 edition of the United States Grand Prix had it all: Intrigue, sleight of hand, and a showdown to remember.

It was Kimi Raikkonen and Ferrari who played their cards best to hold off a metronomically fast Max Verstappen and a rampant Lewis Hamilton.

Raikkonen had not made up a place on the first lap in 2017 and 2018 combined until visiting COTA, but managed to squeeze past Hamilton at turn 1 to put that right. The Finn controlled the race from the front in the opening phase, while team-mate Sebastian Vettel reprised his role as a first-lap accident magnet in making contact with Daniel Ricciardo. There has been a lot of talk about Vettel’s wheel-to-wheel racing and this time he had his nose in front and had the racing line, yet still found himself spun around and at the back of the pack.

Verstappen, meanwhile, underscored his newfound maturity by moving up to P9 from P18 on the first lap. Ricciardo’s Renault power unit expired less than a quarter of the way through the race – again underlining the divergent fortunes between him and his team-mate.

Verstappen finished the race on the second step of the podium, while a frustrated Ricciardo punched a hole in the wall of his motorhome, according to Red Bull team boss Christian Horner. Horner wryly remarked that Ricciardo, who is off to Renault next season, might want to take the matter up with his new employers.

Ricciardo’s retirement brought out the virtual safety car and on lap 11 Mercedes told Hamilton to do the opposite to Raikkonen. If the Ferrari pits, you stay out, the team said to Champion-elect. If the Ferrari stays out, you pit. Ferrari presumably relayed this information to Raikkonen, who dummied towards the pit entrance before continuing. Hamilton didn’t fall for the play and boxed for fresh Pirellis. But with another 40-plus laps to run Mercedes had gambled on rubber.

Hamilton pits under the VSC and drops to P3

Raikkonen stays out, despite a late dummy to come in 👀#USGP 🇺🇸 #F1 pic.twitter.com/hfamqrd5u7

Ferrari’s strategy looked questionable as Hamilton quickly closed on Raikkonen who went with an offset strategy to the Brit and ran long. In a series of brilliantly executed defensive manouevres, Raikkonen then held of Hamilton for the lead before pitting – and also cost the Mercedes around 8 seconds of lap time and forced it to eat into its tyres. As it happened, this was crucial in the destiny of the race because Hamilton was later forced into stopping for a second set of fresh rubber due to blistering on his rear tyres.

In retrospect it also is clear that the Scuderia, which has had its troubles with operations and decision-making both this season and in 2017, did make the right call. All the while Verstappen and Red Bull played a blinder of a strategy to run a long first stint on harder tyres, before pitting for faster rubber to attack Raikkonen in the later stage of race.

Some players choose to fold

Vettel’s entanglement on lap 1 essentially ended the title race. For Vettel, a 70 point deficit to Hamilton with just 75 points left on the table means there is little to play for in Mexico, Brazil, and Abu Dhabi – beyond pride, anyway. It’s been said a thousand times but probably still bears repeating: Vettel has just made too many errors this season.

Indeed, on the Austin weekend alone he made two mistakes: first by speeding in practice under red flags, which resulted in a three-place grid penalty; and second by making contact with the Red Bull. Vettel insists that he has to go for gaps because he is a racer, but he needs to calm down. Two mistakes on one weekend is more than Hamilton has made all season.

Then there is Valtteri Bottas. Bottas has struggled to match Hamilton for consistency and speed all campaign long, and F1’s visit to the US was another example of the Finn offering an underwhelming performance. Vettel got past him late on to claim P4, which left Bottas fifth at the chequered flag – a poor return considering he started third. What odds on Esteban Ocon in Mercedes in 2020?

The result of the strategic variance between Raikkonen, Verstappen, and Hamilton produced a thrilling standoff to decide the winner. It was an excellent advert for F1 and another great race in the US. It was also more evidence that different tyre strategies and more pit stops increase the excitement. Raikkonen had the durable compound but had stopped well before his rivals. In contrast, Verstappen had switched to faster rubber later on, while Hamilton had the freshest tyres of all.

The results were spectacular. On lap 47 a mere 3.8 seconds separated the top three. And on lap 54, it was around two seconds.

Hamilton launched his attack and despite nosing ahead of Verstappen briefly for P2 though the sweeping sequence of the spectacular turns 15, 16, 17, and 18 it was the boy racer who held firm and Hamilton – no doubt with thoughts of a fifth title in mind – prudently chose to yield. Raikkonen capitalised on this battle and escaped a couple of the seconds up the road.

It was enough for victory, his first in 113 races. Raikkonen’s muted reaction post-race was perfectly in character but probably reflects his displeasure at losing his seat at Ferrari.

* Sixth was a welcome return to form for Nico Hulkenberg, who had scored just once in six outings prior to the US.

* With Carlos Sainz P7, Renault were firmly best of rest this weekend, albeit more than one and a half minutes off the winner.

* It was an unhappy home race for Haas. Romain Grosjean was involved in the lap 1 carnage and Kevin Magnussen could only manage ninth before being disqualified for having 0.1kgs too much fuel in his car.

* Just three more races to go for fans to have to endure Fernando Alonso’s moaning on team radio.