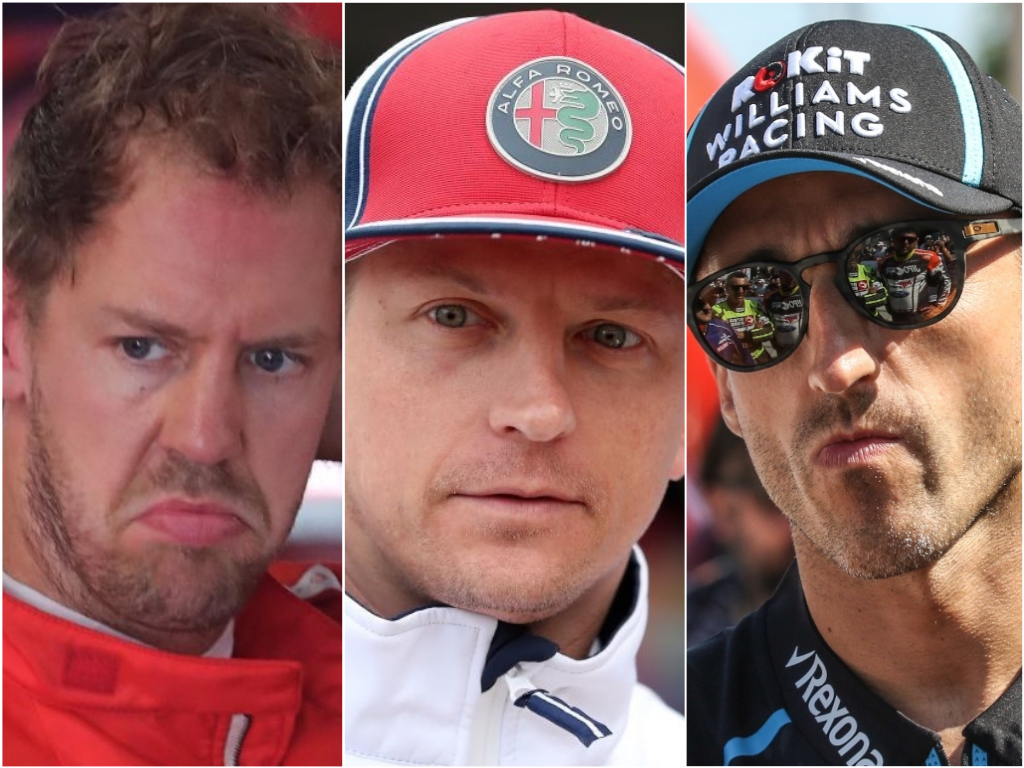 The sun has set on the 2019 Formula 1 season, but who’s had a year to remember and who wants to leave 2019 behind and never look back?

Here at Planet F1, we’ve had a go at answering just that, ranking every driver on the grid from best to worst based on how they’ve fared in the last year.

Without further ado, here’s our bottom 10…

He’s enjoyed some good races, such as Germany and Singapore, which have rescued him from being even lower on our list, but it’s been a season to forget for Vettel.

Two poles and one win, compared to seven poles and two wins for Charles Leclerc, says it all. He’s lacked outright pace and has made various mistakes on Sundays, including the cardinal sin of taking out both himself and his team-mate in Brazil.

He started 2019 as Ferrari’s undisputed number one but is now almost certainly the lesser fancied man in red heading into 2020.

Returning to the midfield, the Iceman began 2019 out to prove he still had it, finishing in the top ten in each of the first four races before getting points in four more in the first half of the season.

A different Kimi returned from the summer break, however, one who rarely bothered the top 10 and was often the slower Alfa Romeo, a car which admittedly dropped off the pace itself.

A P4 finish in Brazil papered over the cracks, but Raikkonen will need to step things up again in 2020 if he wants to stay on the grid well into his 40’s.

Gasly the Red Bull driver would probably have found himself in the bottom three of this list. After being a long, long way off the pace of Max Verstappen and the rest of the top five, he was demoted back down to Toro Rosso in the summer break.

His form improved considerably here. Five top 10 finishes, including a stunning P2 finish in Brazil, largely restored his reputation on the grid. If he keeps that form up in 2020, he could find himself back in a Red Bull seat in the future.

What is there to say about Kvyat’s 2019 season? Not much, to be honest. It wasn’t great, it wasn’t awful.

He deserves some credit for fighting his way onto the podium in Germany, but couldn’t maintain that level to get the nod over Alex Albon for the Red Bull seat.

Given that both the Thai driver and Gasly seemed to have the edge over him when in the same car, the Russian won’t be too pleased with his year.

Hulkenberg will have few good memories to take from what looks to have been his final season in F1, rarely doing any better than expected and being beaten by the other Renault of Daniel Ricciardo.

A P5 finish in Monza was a highlight, but that was his only top-six finish. He threw away a huge “first podium ever” chance in Germany that will surely rankle with him for a while, and ultimately didn’t do enough to convince a team to keep him on the grid.

Let’s be fair, Magnussen drove one of the weirdest and most temperamental cars the grid has seen for a while, so it’s difficult to judge just how much he got out of it.

On the bright side, he did win his team-mate battle on both Saturdays and Sundays, but aside from Australia and Spain, seldom enjoyed a good weekend and clashed with his team-mate a few times, which simply cannot happen at a team like Haas in their situation.

Giovinazzi began his first season in F1 looking like he didn’t really belong there, not scoring a point until his ninth race and failing to pose any kind of threat to Raikkonen every race weekend.

Things picked up after summer though, as the Italian generally had the better of the Finn from Singapore onwards, earning himself a new contract and a P5 finish in Brazil to end the season on a better note, although still 29 points behind Raikkonen.

With Alfa Romeo (Ferrari) reportedly interested in giving Mick Schumacher a seat in the future, Giovinazzi can’t afford to have another terrible start in 2020, or it could be his last season on the grid.

When he got the seat at Racing Point over Esteban Ocon, it was clearly due to the fact that his father bought the team, and he’s done little to show he actually deserves it.

He qualified ahead of team-mate Sergio Perez only three times in 2019 and scored 31 points fewer, with 12 of his 21 coming courtesy of a P4 finish in Germany.

He’s still young, but at present, it’s fair to assume he wouldn’t be on the grid if not for Stroll senior.

The fact that it was such a shock when Haas announced their decision to retain him for 2020 says it all.

Like Magnussen, he’s been in a nightmare of a car, but has handled it far worse than the Dane, being out qualified and outraced by him, and scoring a meagre eight points, the lowest of any non-Williams driver.

That’s two seasons in a row now where he’s been pretty poor, to say the least. On the bright side, the only way is up…

When it was announced that Kubica would return to the grid in 2019, the entire paddock wanted it to work out. If only…

It was quickly apparent that his injuries were too severe for him to be anywhere near his old level, or even compete with George Russell, who outqualified the Pole 21-0 and had the better of him on Sundays too, despite the Pole’s solitary point in Germany.

Getting back to the grid at all was a huge achievement he should be proud of, but he’ll be remembered for his scintillating form in the noughties rather than his swansong in the sport.