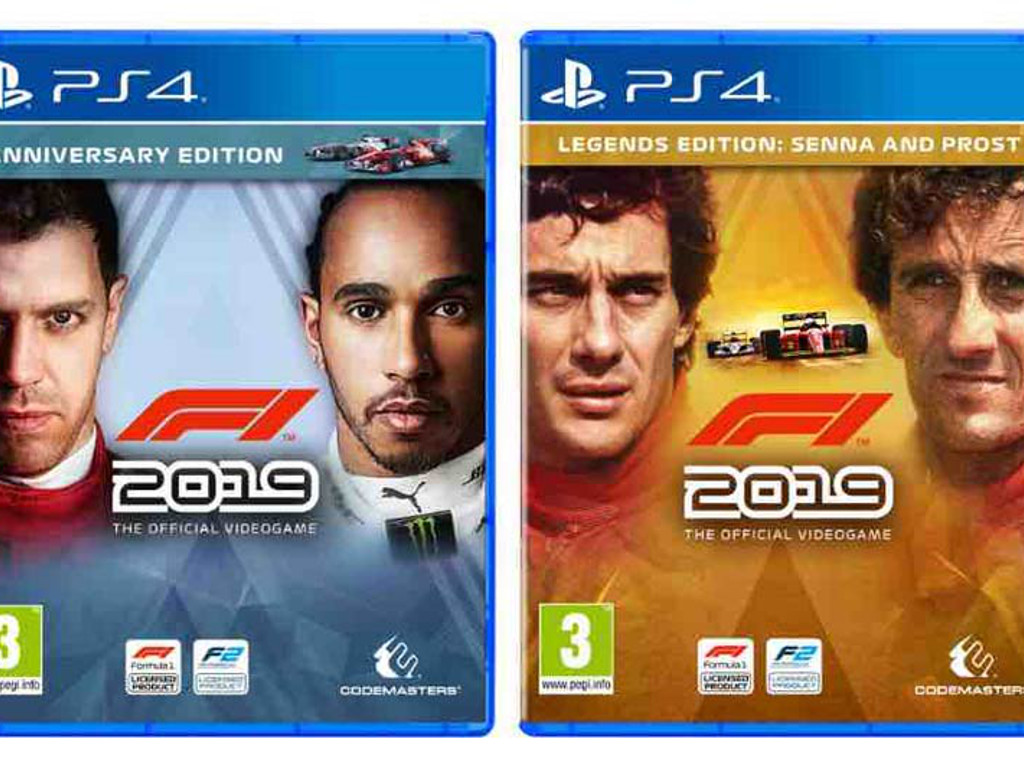 The F1 2019 game, which has been two years in the making, will drop in June and PlanetF1 attended a sneak peak in Hamburg, including a few laps in a racing simulator rig.

Senna v Prost
Senna versus Prost is a rivalry that caught motor racing’s attention back in the 1980s and 1990s as the two multiple World Champions raced wheel-to-wheel, contact included.

To mark the 10th anniversary of Codemasters Birmingham Studio bringing you the official Formula 1 game, they have  secured the rights to using imagery of Senna and Prost allowing players to adopt their likenesses as your in-game avatar.

You can race as either legend in a series of eight special in-game challenges, driving some of the sport’s most iconic cars such as Senna’s 1990 McLaren MP4/5B or Prost’s Ferrari F1-90.

This is available in the F1 2019 Legends Edition.

They have also added two 2010 F1 race-winning cars in Jenson Button and Lewis Hamilton’s McLaren MP4-25 and the Ferrari F10 driven by Fernando Alonso and Felipe Massa to the roster.

Formula 1
Once again the full 21 race calendar is on offer along with all 20 drivers in their new 2019 teams.

However, this year in the multiplayer version, there is the addition of a standard 2019 car, created with the input of Formula 1 sporting boss Ross Brawn and Pat Symonds.

This means you can chose your own livery as well as driver kit by selecting a series of skins and colour options while also setting up your own leagues.

“We deal with quite a lot of the leagues regularly,” game director Lee Mather told RaceFans. “You see they run spreadsheets, they’ve got their own websites and they set up all those things. That’s great for those guys but most people who would like to participate in a league don’t know where to go. How do they get involved?

“So now you can search in the game, find a list of leagues, search for the relevance that suits when they play, the style of racing, whether it’s long or short races, whether they race during the week. Also regionally, you [might] want to race people in the same territory as you so they’re all able to race at the same time.”

Those sticking with their favourite teams, fans of previous games will know that the teams’ genuine on-track performances are also reflected in the game meaning once again this year’s W10 will have a slight performance advantage over Ferrari’s SF90.

Formula 2
Formula 2, the feeder series for Formula 1, will feature in the F1 game for the first time in the series’ history after Codemasters listened to the fans.

The 2019 edition will initially feature last year’s F2 season meaning you can be George Russell, Lando Norris or Alexander Albon starting in F2 and moving your way up to the premier series.

Players will have the complete F2 weekend schedule to adapt to the cars, including mandatory pit stops and a short feature race. There are even the voices of the F2 commentators!

You can create your own rivalry with another driver with two new characters that allow you to establish a reputation, both with your fellow drivers and your own team.

Later in the year Codemasters will add the current F2 season, complete with online functionality.

Paul Jeal, F1 franchise director at Codemasters said F2’s inclusion “comes at a perfect time with the top three drivers from 2018 in George Russell, Lando Norris and Alexander Albon progressing to F1 for this season.

“We can’t wait to unveil more details on how this is integrated into the career mode in the coming weeks.”

With F2 featuring standard cars, even the game is tougher as there are fewer assist available.

Career mode
This is one for the serious players and arguably the highlight of the game given that it allows you to join a driver academy, set up your reputation as Mr Nice Guy or as a no-holds-barred-punk before entering Formula 2 and then Formula 1.

Whether you are going for a short race around the streets of Monte Carlo, building a career from development to F2 to F1, or emersing yourself in one of F1’s greatest rivalries, the general consensus is that F1 2019 offers serious bang for your buck.

Shipping in June, a full two months earlier than usual, fans can pre-order the F1 2019 game.