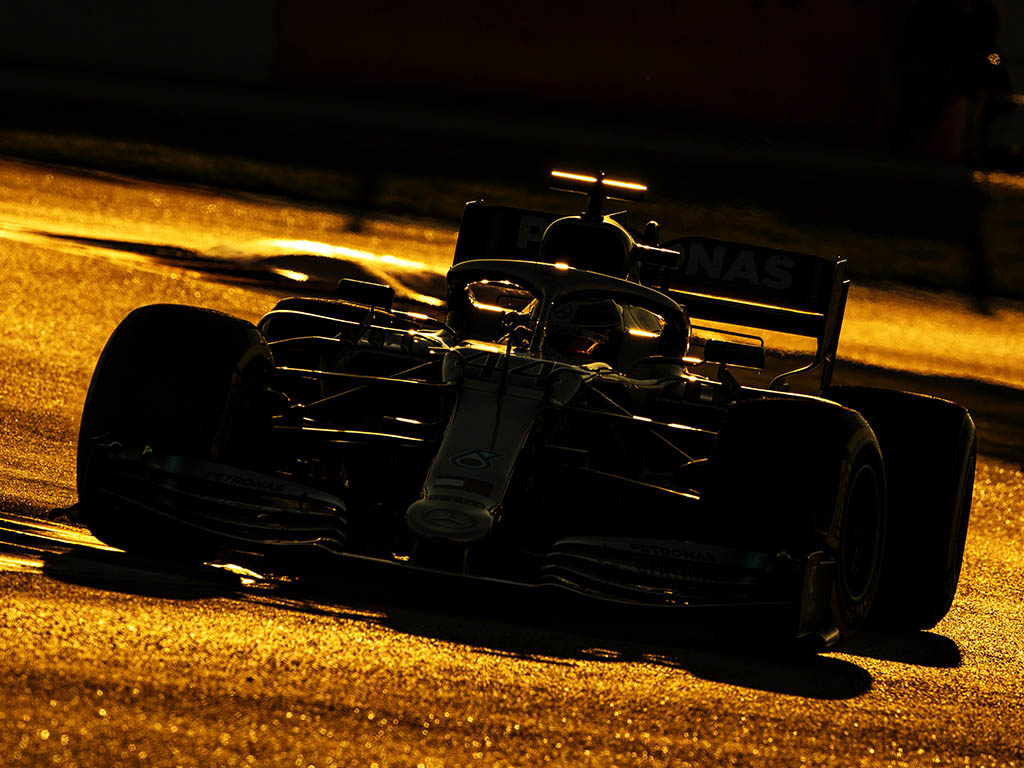 F1 has woken from its winter slumber and the second test brings another three days of testing at the Circuit de Catalunya in Barcelona.

After three months without any track action, the Formula 1 cars roared back to life as the 2020 challengers were put through the wringer ahead of the 2020 season getting underway in Australia on March 15.

The second test runs from February 26 to February 28, giving Formula 1 teams further opportunity to fine-tune their cars after countless months of preparation and planning.

The drivers, whilst building up their own fitness for the demanding year ahead of them, will continue to be tasked with collecting valuable data for the team as they simultaneously look for reassurances that their car is an improvement on their 2019 models and address weaknesses before they potentially threaten to stunt the rate of progression throughout the 2020 campaign.

It is only natural for Formula 1 fans to see which team are quickest come the end of pre-season testing, but you only need to look at Ferrari’s recent winter dominance to know that can still very easily lead to zero World Championships come the end of the season.

Speed will always grab the headlines, but arguably most important at this very early stage in the 2020 schedule is the reliability of the car.

The drivers will be carrying out a whole host of programmes, including qualification and race simulation runs, to give teams an idea of what to expect from their car for the year ahead.

However, fans new and old can be rest assured that teams will never display their strongest hand until the engines are cranked all the way up in Q3 at the Australian Grand Prix.

The dates and session times for the 2020 testing period are as follows:

In recent years,  pre-season testing has seen all teams have eight days of running available to them but, with the Formula 1 calendar expanding to 22 races in 2020, there was an unanimous decision to scale back to six days, consisting of two three-day tests in February.

The two two-day in-season tests at Bahrain and Barcelona have also been scrapped in a bid to prevent teams, especially those with fewer resources and personnel, suffering from burnout in what was already a gruelling schedule.

With two full days of pre-season testing lost, that should increase the on-track activities for fans to feast their eyes on the drivers as they blow off the winter cobwebs and teams gather precious data from their programmes.

That has not come without its own difficulties. The freak snowstorm that hit the track in 2018 had a big impact on the team’s pre-season programme and had many calling for testing to be moved to warmer climes such as Bahrain.

However, having pre-season testing in Barcelona makes sense from a logistical point of view as most teams have their main bases in Europe, making it easier and cheaper to ship and fly their precious cargo to and from the circuit.

The characteristics of the track also provide the perfect balance for a testing environment. The first and second sectors provide ample opportunity for the engine to put through its paces, but the technical final sector will highlight the strengths and weaknesses of the chassis as it navigates tight, twisty corners.

The second pre-season test of the winter, beginning on Wednesday, February 26 will be screened live in the UK by pay-TV broadcaster Sky Sports on its dedicated Formula 1 channel.

On each of the three days of testing, their live coverage begins with the morning session at 0800-1200 GMT before returning on-air at 1300 GMT until 1700 GMT to cover the afternoon session. The one-hour break in between live coverage is in conjunction with the lunch break at the Circuit de Catalunya. Following the live broadcast, a one-hour round-up show of the day’s events begins at 1700 GMT.

The official Formula 1 website will provide the latest timesheets and data throughout the entirety of winter testing, while F1TV Pro subscribers will also be able to watch live coverage of the entire second pre-season tests which is then followed by a one-hour review show on a daily basis.

PlanetF1 will be providing comprehensive coverage on all three days of the second pre-season test from Barcelona with a live, daily blog beginning as soon as the track lights go green at 0900 local time and finishing as chequered flag waves at 1800 local time.

The live blog will include the very latest updates from the track, regularly updated leaderboards and lap counts, and we will be combing through the social media channels of the teams and the most established voices within Formula 1 for valuable information that could provide key insights into the season ahead.

PlanetF1 will also have not one, but two session reports on each day of testing. Firstly covering the events of the morning session before publishing a full round-up of each day’s action.

Reaction from the drivers and teams will follow, as well as features focusing on the key talking points and conclusions from Barcelona.

PlanetF1’s Torquing Point podcast will also be poring over the key events and data from pre-season testing as we head toward the season opener in Australia.

Pre-season testing at the Circuit de Catalunya is open to the public, giving fans an early opportunity to see the 2020 driver line-up in action as well as the new liveries that will feature on the cars.

Fans can purchase tickets via the official Circuit de Catalunya website with prices ranging from €23 for general admission to €109 for entry to the paddock.

Fans can also buy Montjuic Club tickets for €266.20 which includes access to the VIP grandstand, a tour of the paddock and pit-lane areas, plus catering in the hospitality lounge which is situated above the team garages.

Ahead of the 2019 season, Mercedes and Haas were the only teams to retain their driver line-up as Formula 1’s ‘silly season’ went into overdrive.

But the chaos of 2019 and has made way for relative calm on the 2020 grid. The biggest change has come at Renault, who decided to part ways with Nico Hulkenberg and cut Esteban Ocon free from his Mercedes ties to partner Daniel Ricciardo for the 2020 campaign.

The Frenchman, who made a great first impression during his initial stints with Manor Racing and the team formerly known as Force India, was forced to spend a year on the sidelines after Lance Stroll took his seat for the 2019 season once his father, Lawrence, took control of the renamed Racing Point.

The only other change comes at Williams after Robert Kubica brought his spectacular return from life-changing injuries to an end after just one season as a fully fledged Williams driver. Taking his place on the grid is Canadian driver, Nicholas Latifi.