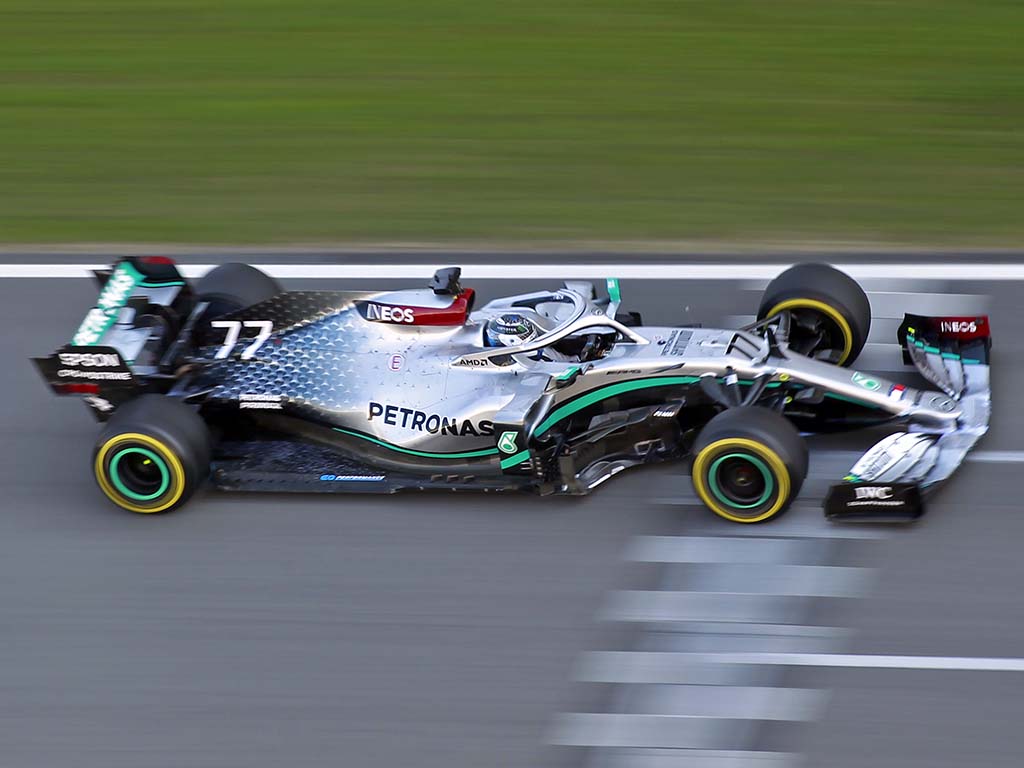 After an action-packed six days of F1 testing in Barcelona, what can be gleaned from the ultimate game of smoke and mirrors?

Ferrari are sandbagging…so is everyone else

Another week of testing and another week of mind games. Ferrari continued to play their violins at the Circuit de Catalunya with team boss Mattia Binotto the lead orchestrator of a doom and gloom story. You would think they were heading into a midfield scrap this season, not challenging for World Championship titles.

If the plan was to remove all hype from Ferrari compared to previous then it is certainly mission accomplished. There are barely any ‘this is our year’ calls from the tifosi but it is very hard to believe they are anywhere near as bad as they are making out.

If you were to look at the overall timesheet and take it at face value, then Ferrari are only the fourth quickest team heading to Melbourne behind Mercedes, Red Bull and Renault. The Scuderia were even highlighting Racing Point as a potential threat to them in the early stages of the season.

Ferrari’s best time was set by Charles Leclerc – a 1:16.360 on the softest C5 tyre. That is a tenth slower than their headline-grabbing best effort in 2019 pre-season testing. Do you honestly believe they have taken such a massive backwards step with the money and resources they have available to them?

It seems even Binotto was struggling to keep up with the facade at times. In the very same press conference on the final day he said:

“We are not hiding. This is the real performance of our car.”

Only to then say…

“We are not pushing the engine to the maximum because we did not want to compromise our reliability.”

Roll on Q3 in Melbourne, then we’ll see what you are made of.

Ferrari, of course, are not the only ones blurring the lines. Mercedes said they turned down their engine power mode as a safety precaution while Red Bull’s Max Verstappen was clearly lifting off in the final sector on his late attack on Friday evening.

It is said every year but it is worth repeating: teams have nothing to gain by showing all of their hand before the first race weekend of the season.

A chink in the Mercedes armour?

While it is easy to hide behind lap times, there is no hiding place when it comes to reliability. On a general note, pre-season testing saw all teams able to get their cars fresh out of the box and rack up a ton of mileage. No running late like Williams last year and certainly no McLaren-Honda style disasters of yesteryear.

But, prior to pre-season testing, Mercedes did reveal they were having a “few little issues” with their W11 engine and those came to fruition with Hamilton’s on-track stoppage on Thursday and the three stoppages Williams suffered due to engine-related issues.

Asked specifically about the engine issues, Hamilton said: “Is it a concern? Yeah. For sure.

“Normally in the pre-season we have much more confidence in the reliability so it has not been perfect. We are on our second or third engine.

“So it is definitely not an easy or relaxed scenario for us. But I have every confidence in the guys back at the factory that they can do the best job they can in the next two weeks to make sure we start on the right foot.”

Pre-season testing is the perfect time for reliability issues to reveal themselves, but you cannot help feel that Mercedes are slightly more vulnerable heading to Australia this year despite still being big favourites.

There has been plenty of ducking and diving going on over the course of pre-season testing, but if anyone has simultaneously built and embraced the hype then it is Racing Point with their RP20.

Racing Point technical director Andy Green has been the main man pumping up the hype machine and saved the biggest fire-up until the last day when he would not rule out challenging Ferrari in the first few races of the season.

That sounds a little far fetched, but they have certainly rubbed McLaren and Renault – two teams with their own clear identities – up the wrong way and, given that stronger connection with the Silver Arrows and its obvious likeness to the W10, it can be said with some degree of confidence that they pose the biggest threat to the two aforementioned teams in the ‘best of the rest’ battle.

Whether you agree with their copying methods or not, even though all seems above aboard in relation to the FIA regulations, it should at least provide us with a even fiercer midfield battle.

Time to get off the fence

We have aimed to be reasonable, reserved and rational in our main conclusions thus far, but is it even a proper pre-season testing period if you haven’t done a list with your predicted pecking order on it? Of course it isn’t.

Based on what we have seen from six days of testing, here is how we think the Constructors’ standings will look come the end of the season.

Now we’ve shown you ours, you have to show us yours. That’s the deal.