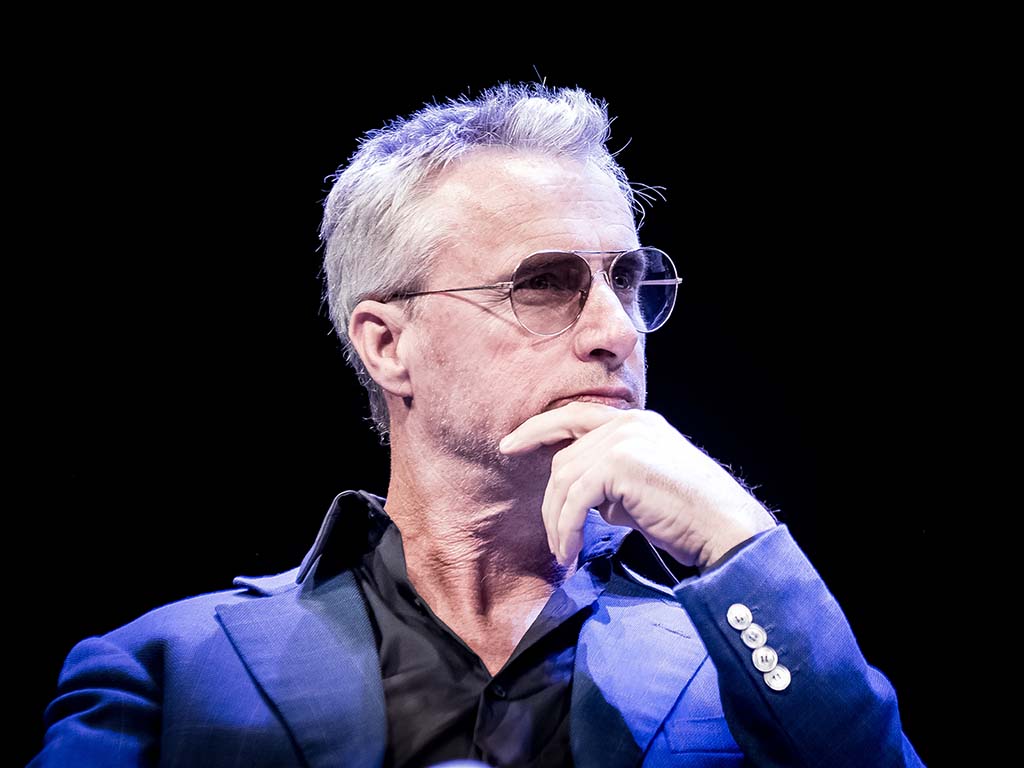 Eddie Irvine has been in the spotlight from his first F1 race to long after his retirement, and not always for the right reasons…

Many words have been used to describe the Northern Irishman over the years: Talented, lazy, honest, infuriating, idio…the list goes on.

There’s one word however, that will crop up regardless of who’s talking about him. Controversial.

When he joined the grid in 1993, Irvine would’ve been hoping for a memorable debut. This was certainly the case, but not for the reasons he’d have imagined…

After an impressive qualifying performance, the Jordan driver found himself in P6 battling Damon Hill. While the two fought for position, Ayrton Senna, leading the race, lapped Irvine when the rookie went wide.

However, the Brazilian happened to be no quicker than neither Irvine nor Hill. The former, eager not to lose touch with his competition, therefore unlapped himself, angering Senna. To make matters worse, the exact same sequence of events happened a few laps later.

We’re sure you all know what happened next. Senna found Irvine after the race, Irvine refused to apologise and riled Senna up…Senna then punched him.

The Brazilian was undoubtedly the more guilty party in this case, but nonetheless, Irvine immediately became known as a brash, no-nonsense racer unafraid of ruffling feathers.

This reputation only grew at the opening round of the 1994 season. While defending against Jos Verstappen, he caused a four-car pile-up. The drivers all came out unscathed, but things could have easily been far worse.

It was clear that Irvine was to blame to everyone but he and his team. They appealed the one-race ban he was given and he was then slapped with a three-race ban for doing so.

By causing on-track dramas and going head-to-head with one of the sport’s biggest names straightaway, Irvine had quickly become F1’s bad boy in the eyes of many.

Brushes with the law

In a recent interview with Off the Ball, Irvine’s former boss, Eddie Jordan, dubbed him as someone who could spend more time in the nightclub than the gym.

“…He used to sit on his butt all day in his apartment, he’s the laziest driver of all time. That’s a shame because he could’ve become World Champion so easy,” Jordan said.

“That was his style. He was a guy from the nightclub guy and didn’t wake up until 12 o’clock in the day or sometimes even later.”

Look, we know what you’re thinking: ‘Sure, clubbing may be unprofessional for such a high-level athlete, but it’s not exactly villainous, is it?’ Well, in the case of Irvine, it can be.

In 2008, he was clubbing in Milan when he got into a brawl with a 35-year old Italian man, Gabriele Moratti, the son of the City’s former mayor. The fight happened as a result of Irvine texting Moratti’s ex-girlfriend.

The Italian went to the authorities and even claimed that the Northern Irishman went as far as using a glass as a weapon during the incident. His allegations sparked a three-year trial, at the end of which Irvine was found guilty and sentenced to six months in jail.

He was never forced to serve any time due to the minor nature of the crime, but being found guilty of assault after chatting up a bloke’s ex is never a good look really, is it?

To make matters worse, this wasn’t the first time he’d been found guilty of a crime. In 2003 he was arrested after driving a scooter over 30mph through London’s Hyde Park. We don’t need to explain how dangerous that is. Oh, and he also had no license or insurance.

Following his arrest and subsequent release, a court hearing he chose not to attend found him guilty. He was to be sentenced in Magistrates Court but once again didn’t show up, leading to an arrest warrant with bail being issued.

To the younger generation of F1 fans, Irvine is probably better known for the comments he has given to the press post-retirement than for his on-track achievements prior to it. Bearing this in mind, the said generation probably see him as a bit of a villainous bloke, and you can’t blame them.

Many of his controversial comments concern Sebastian Vettel, who he seems to have some sort of grudge against. Don’t ask us why.

In 2017, he told Motorsport-Total.com that the German was a “spoiled brat”, and he followed this criticism up with a scathing attack two years later when talking to the BBC.

He said: “Vettel, when he is racing is someone, is focused as much on the other guy as he is on where he is going and inevitably crashes into the other guy, which happens nearly all the time.

“I think Vettel is a good driver, but as a four-time world champion, I just don’t see it. I think he is massively overrated, he’s a one-trick pony and Lewis (Hamilton) has a much broader talent.”

Irvine’s rather harsh comments aren’t limited to Vettel either. He’s also said Jenson Button is a good number two and “nothing special”, Fernando Alonso is “a clown” who “deserves every bit of bad luck and misery that comes his way” and has often heavily criticised the sport for being “too safe”.

We’re not sure whether Irvine actually believes all the things that he says, or if he just enjoys the attention they give him, but either way, they don’t paint a particularly pleasant picture of him. But hey, at least he’s not boring…