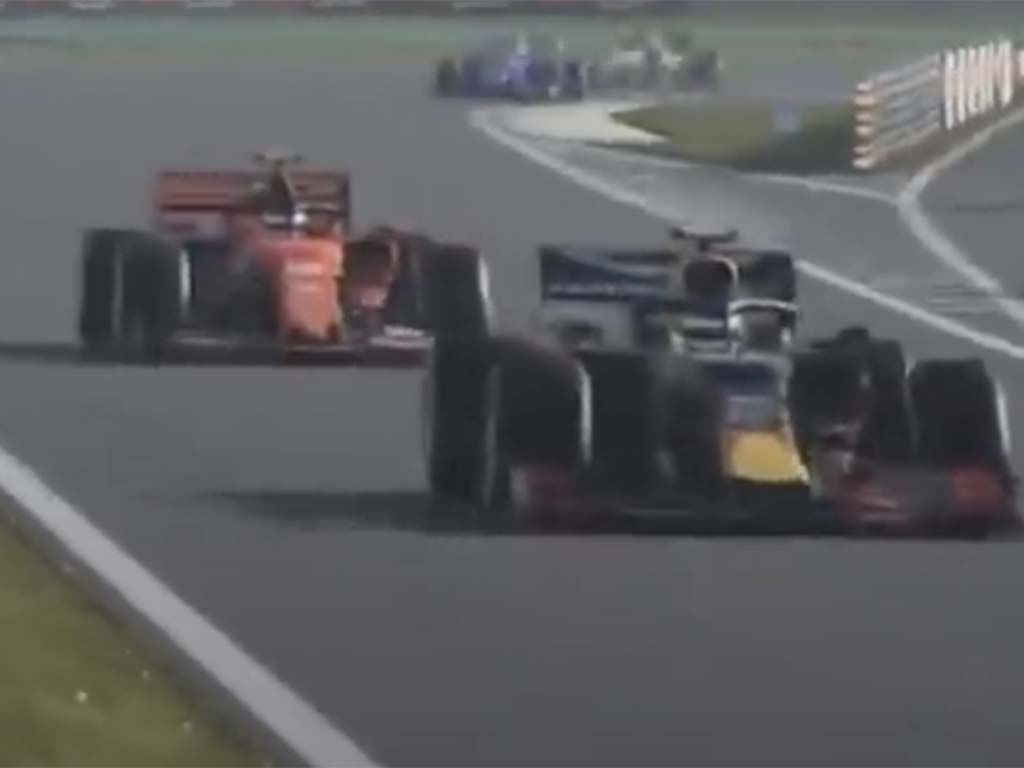 The Virtual Canada Grand Prix marks the last race in Formula 1’s official series, featuring five current drivers before they head back to the real thing.

George Russell will be hoping to continue his dominance and make it four wins in a row to wrap up the unofficial championship. The Williams man stormed to victory on the virtual tracks of Spain, Monaco and Azerbaijan, comfortably seeing off any challenges.

The only other drivers to taste victory in the series are F2’s Guanyu Zhou, who won the opening race around Bahrain, and the F1 pair of Charles Leclerc and Alex Albon. The Ferrari man has two wins to his name, while the Red Bull driver has one.

The F1 drivers have not only been challenged by drivers from other categories, but also by a host of celebrities from various professions. These include other athletes such as footballers Thibaut Courtois and Sergio Aguero and singers including Luis Fonsi.

With real Formula 1 and various other sports returning in the near future, the Virtual Canada Grand Prix will be the final one in the series.

What time does the F1 Virtual Canada GP start?

Coverage of the virtual race will begin at around 17:00 UTC, with the Pro Exhibition race featuring the teams’ professional Esports drivers taking place an hour earlier.

After some studio build-up, discussion and analysis, things will get underway with a sole qualifying session around 20 minutes into the stream.

There will then be a short break of around five minutes before the race gets underway. With each race being 50% of the full distance, this edition will be 35 laps long. The broadcast will, in total, run for around an hour and a half.

How can I live stream the F1 Virtual Canada GP?

The official broadcast for the race can be found on Formula 1’s official YouTube channel and their other social platforms such as Twitter and Facebook. This broadcast is the closest thing to that of a real Formula 1 race, with pundits, professional commentary, multiple camera angles and coverage of the entire race rather than specific drivers.

If you’d prefer the latter, you can watch the race on Twitch. There, you can find various competitors’ live streams, including those of Alex Albon and George Russell.

On these streams, you watch the entire race exclusively from their perspective, assuming they complete it. Therefore, you get more of an insight into their own personal race but see far less of what’s going on elsewhere on track.

How can I watch the F1 Virtual Canada GP on TV?

The final race of the series, like every other, will be covered on major TV stations from all over the globe, with each of the six major continents showing it.

It can be found on the Sky F1 channels in the UK, Italy and Germany. In the Netherlands, Ziggo Sport is broadcasting it while in Spain it is Telefonica. In Poland and Portugal, Eleven Sports holds the rights. In the Scandinavian countries, it can be found on NENT.

For various reasons, the final Virtual Grand Prix will feature less big names from the sporting world compared to the series’s previous editions.

Charles Leclerc, Lando Norris and Antonio Giovinazzi, all series regulars, won’t take part. This is because they’ll instead be competing at Virtual Le Mans,

Due to Leclerc’s absence, Russell has the unofficial championship wrapped up. However, he’ll still face opposition from other F1 drivers, with Valtteri Bottas, Pierre Gasly, Alex Albon and Nicholas Latifi all taking part again.

Drivers from other categories will also be competing. These include Guanyu Zhou, Esteban Gutierrez, David Schumacher, Callum Ilott and Virtual racers and YouTubers Aarava and Tiametmarkuk.

Aarava will be making his debut, along with Biffy Clyro frontman Simon Neil and alpine-ski racer Jon Olsson.

With football returning in the next few weeks, for the first time in the series, no players will be taking part in the race.