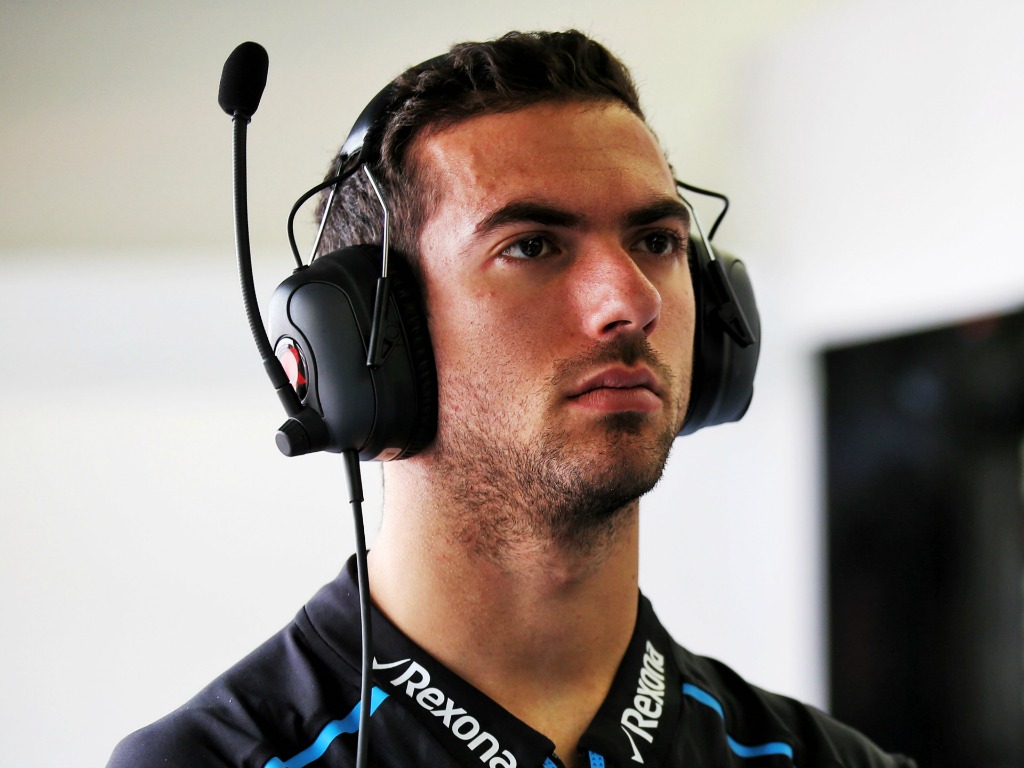 While the Formula 1 Azerbaijan Grand Prix fell short of the usual high expectations, F2 delivered on the chaos.

Whether it was the multiple collisions under Safety Car conditions (not helped by the guy on the pit straight waving the green flag when the restart had been aborted), or the series of immense overtakes around the twisting streets of Baku, F2 certainly pulled out all the stops to catch people’s attention.

But, ultimately for the drivers it is about proving who deserves those precious Formula 1 seats the most, so let’s see how our power five looks after round 2 and who is the most deserving to make the step up based on performances so far.

One man ran these streets on Sunday!

It was another solid weekend for the Formula 2 veteran, so we’ve moved him into that number one slot.

After qualifying P7 for the Feature Race, Latifi made fine progress through the pack, though he met his match with eventual P2 finisher Nyck De Vries.

The Canadian looked set to make the podium, but Jordan King snatched that from him as the race clock ticked under two minutes – P4 would have to do, but a clean Feature Race was something not many in the field could lay claim to.

The Sprint Race would give us Latifi at his best – a sublime move on lap three to take P2 off Juan Manuel Correa was soon followed by a pass on Sean Gelael for the lead – a lead which he would never relinquish.

The Renault junior driver very nearly made it into the power five in round one, but his showing in Baku means he has to jump up to number two on our list now.

The Brit would go all the way from P8 on the grid to taking the Feature Race victory, making a key overtake on De Vries who had held a strong lead before his botched pit stop, to drive on and take the chequered flag.

So, with the reverse grid he started P8 again for the sprint, and in another impressive display he recorded a double-podium finish with P3. That included him surviving a shunt from behind by Luca Ghiotto, but the 23-year-old would remain composed and eventually took his P3 back from De Vries.

Getting into that Renault team will be no easy task with Nico Hulkenberg and Daniel Ricciardo currently behind the wheel, but Aitken is showing off his credentials nicely to the Formula 1 paddock.

Another man who very nearly made the five after Bahrain, fear not, he is here now.

De Vries boasted a 6.5 second lead over the rest of the pack by lap 7 in the opening race – a huge gap in F2 standards – and if it wasn’t for the slow front left swap at his pit stop, Aitken would likely have needed the seemingly permanent safety car to get anywhere near the Dutchman.

P2 in the Feature Race and P4 in the Sprint Race represents another consistent weekend, and he is producing the kind of regular points-getting that has served Lando Norris so well in his rookie McLaren season. De Vries is one to watch in 2019 for sure.

Great recovery for @SchumacherMick from 19th to 5th in Race 2 with @gelaelized rounding up the points zone in 8th
📝 Race 2 Race Report ↘️https://t.co/eSGM2A7oSM pic.twitter.com/uhl4MUBTtp

The Feature Race was pretty disastrous for Schumacher – at the start he would overcook it into turn 1, almost wiping out the race leaders and dropping to P7.

His day would be over by lap 9 as he took too much curb out of the final turn, spun, and was forced to retire from the race.

But, his Sprint Race showing was remarkable. By lap 19, he had stayed out of trouble and was up to P10 from P19. After the final SC appearance, Schumacher continued his ascent up the grid and ultimately took P5 off his team-mate Gelael who had dropped from his early lead.

A quite stunning recovery from the Ferrari Academy driver who failed to let the disappointment of his Feature Race affect him, and arguably we saw his star power for the first time in the 2019 F2 season.

Formula 2’s Mr Consistent, Camara didn’t hit the heights of Bahrain, but his struggles in Baku weren’t really his fault – so dropping him from the power five would have been harsh.

The McLaren junior was nothing more than an innocent bystander in the Feature Race shenanigans behind the SC.

Minding his own business, the race was about to restart until Luca Ghiotto decided to smash into the back of Camara, sending him into the wall and an early retirement.

Ghiotto was at it again in the Sprint Race in what was a diabolical weekend for the man who was top of the power five after Bahrain – fortunately Camara wasn’t the victim, allowing him to claim a respectable P6 for DAMS.

Ghiotto, Anthoine Hubert and Louis Deletraz are the names to drop off the power five, so let’s complete the Ghiotto saga as you will be surprised to hear that his already mentioned disasters were just a part of the story.

So, cast your mind back to when we said he shunted into the back of Aitken, well, as a result of this impact, the Italian trapped Jordan King and Nikita Mazepin into the barriers who had no way of avoiding the out-of-control UNI-Virtuosi Racing car, while also forcing Hubert into the escape road.

Deletraz was already in the wars come race one with Tatiana Calderon as the pair wiped out Dorian Boccolacci for a triple retirement.

Not content with their first duel, Calderon and Deletraz clashed again in the Sprint Race at Turn 2, this time Ralf Boschung their victim. Taken out at Turn 1 in the first race and Turn 2 in the second, it proved a short weekend for Boschung.