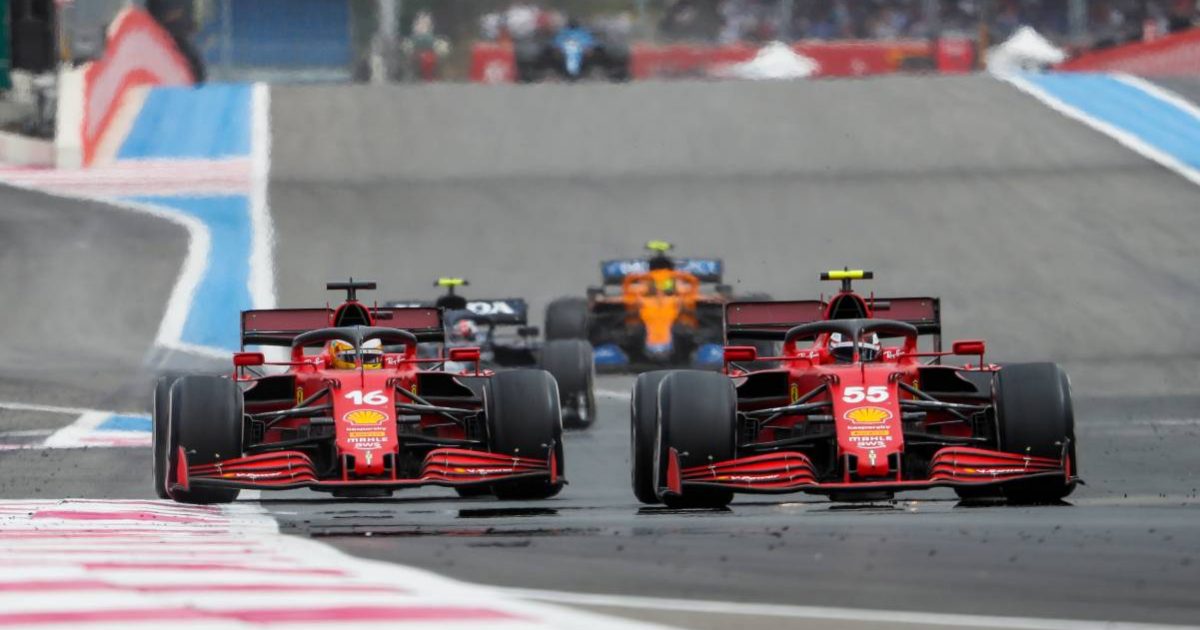 If ever a team was in need of a positive half-season report card, it was Ferrari.

And Charles Leclerc was more than happy to sign it off on their behalf.

“I don’t like to give grades to myself but for the team, I think close to an ‘A’,” said Leclerc when asked by Formula 1 for his assessment.

“Obviously there have been a few setbacks, but we have worked in the best way we could whenever we happened to be in those difficult situations.”

Such “setbacks” were Ferrari’s story throughout 2020, of course. If they are “close to an A” now, they can only have been an E minus for the whole of last year.

In a 17-race campaign, they finished sixth in the Constructors’ Championship with 131 points. After 11 grands prix this term, they have already collected 163.

Let’s not get carried away, of course. The Scuderia are level with McLaren and a huge 128 behind second-placed Red Bull. That is not where they want to be.

But if a house collapses, it cannot be rebuilt in a day. At least Ferrari are now making certain the foundations are secure.

Last year, they were badly lacking engine power after the FIA issued a technical directive when something suspicious was found in the engine that had dominated three consecutive races in September 2019.

The 2021 power-unit is clearly an improvement on 2020’s, but it is still very telling that driver Carlos Sainz says: “Our car is good in slow corners. The slower the better.

“On the other hand, we are still lagging behind in all areas where engine performance is crucial. We are working on that for 2022, where we’ve already made very good progress compared to 2020.”

More on that later.

The single performance that endorses Sainz’s words about being good in slow corners was when Leclerc achieved pole position for the Monaco Grand Prix – a feat he ultimately could not take advantage of following a crash right at the end of qualifying that prevented him from participating in the race.

Remarkably, Leclerc did start at the front for the following grand prix in Azerbaijan.

It is remarkable that Ferrari are dead level with McLaren on points because the two teams have had very different seasons so far.

For McLaren, the story has been distinct – one of terrific consistency from Lando Norris, with Daniel Ricciardo making a much lesser contribution due to his struggles to adjust to the car since joining the team last winter.

Ferrari, meanwhile, have been more about big moments – Leclerc’s two pole positions and a near-victory at Silverstone when collared close home by Lewis Hamilton; Sainz doubling the two podium finishes he scored in two years at McLaren within the space of just 11 races.

Neither driver has produced Norris’ brilliant consistency, hence he finds himself third in the Drivers’ standings, but Leclerc and Sainz have both pulled their weight and if one has failed to be a factor on a given Sunday, the other has usually been there to pick up the pieces.

We know from previous campaigns that Leclerc is a class act but Sainz has been particularly impressive with the way he has settled into Sebastian Vettel’s old place.

Cases can be made for other drivers who also moved to a new team this year, but have any of those adapted better than the Spaniard?

Sainz has not done anything spectacular, like putting it on pole as Leclerc has twice, but he has shown himself to be very much a joint No 1 rather than a No 2 driver and has accumulated three more points than the Monegasque so far.

“I can say after half a year I am happy with how I have coped with the task. The speed was there from the beginning,” said the 26-year-old.

“But I still have to work on doing everything right for a whole weekend on a regular basis.”

Qualifying is an area Sainz needs to improve. There is nothing wrong with his race-craft on a Sunday but he just lacks that zip over a single lap that Leclerc is able to extract from the SF21.

What can we expect from Ferrari for the remainder of the campaign as they vie for the bronze medal with McLaren?

Encouragingly, engine developments, according to team principal Mattia Binotto. Ferrari did not use up their quota of upgraded parts from last year at the start of this season, so they still have those to roll out – unlikely to be any earlier than at their home Italian Grand Prix.

“There are still components which are the ones of last year,” confirmed Binotto. “We will bring an evolution of those ones. So, I think, that will be for us a significant step for the end of the season.”

Of course, it did not help that Leclerc had an engine “irreparably damaged” when taken out of the Hungarian Grand Prix by Lance Stroll, which could lead to a grid penalty for a fourth power-unit being used.

Nevertheless, that report card still ought to carry the comment of “steady progress” for Ferrari’s season.

And by Abu Dhabi in December, Leclerc may just be grading them as an ‘A’ after all.