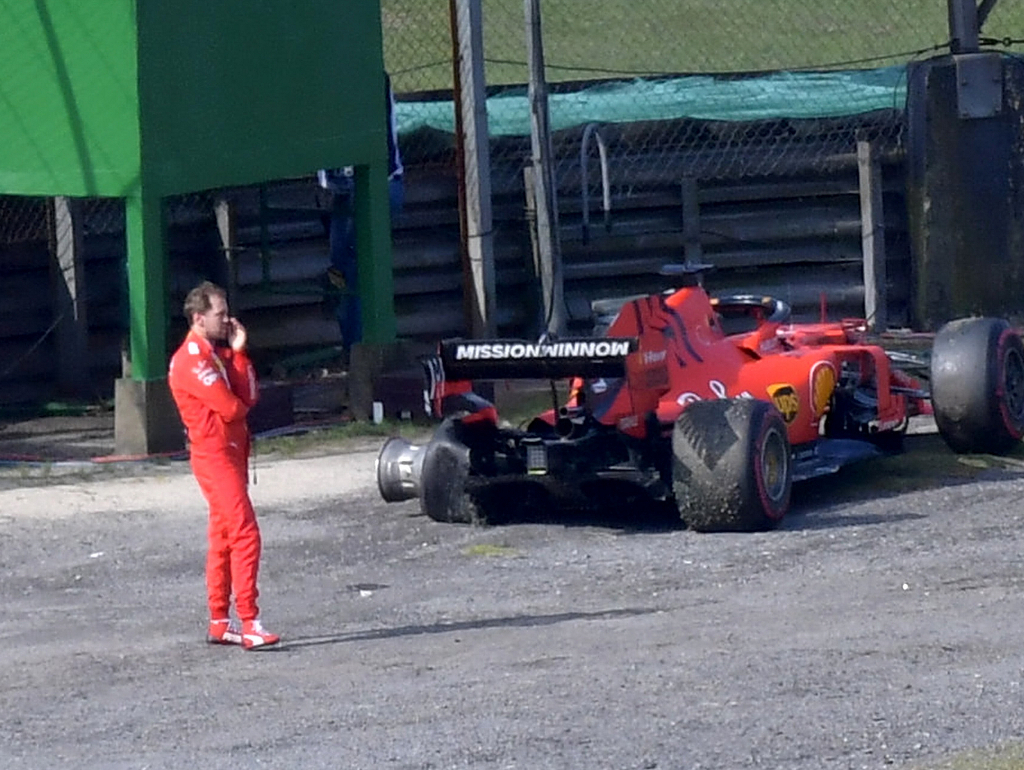 Ferrari let themselves down in 2019 as the spaghetti culture reared its head, but it was Valtteri Bottas who let us all down.

After bringing you our five success stories, PlanetF1 lays out our five biggest disappointments for 2019.

Want to know how to win a World Championship title? Simple, don’t do what Ferrari did this season.

Fastest in pre-season testing, Ferrari went into the 2019 campaign with a heavy weight of expectation on its shoulders. From the very top to the bottom, the team buckled.

It is safe to say the Scuderia made the wrong calls from the very first race when, with Charles Leclerc closing in on Sebastian Vettel at the Australian Grand Prix, they ordered Leclerc to stay put.

Imagine if Ferrari had given him permission to attack his team-mate thus boosting his confidence from the very beginning of the campaign…Imagine that story playing out.

Alas they didn’t, mistake number one in a season littered with mishaps.

Between the reliability gremlins, the strategy mistakes and the botched team orders, Ferrari were out of the title race before the season had even reached its midway point.

Leclerc and Vettel went into the summer break without a single race win on the board despite having taken several pole positions.

And while Leclerc broke the duck at Spa, followed by two more wins for Ferrari, the Scuderia’s resurgence was then questioned by rivals who accused them of “cheating” by running an illegal engine.

Ferrari team boss Mattia Binotto maintains the lack of pace after the FIA’s Technical Directives was down to a decision to focus on cornering speed but, without a single win after the first TD, the Italian stable limped out of 2019 under a cloud of suspicion.

The fairytale flopped. And how we wished it wasn’t so.

Eight years after suffering life-changing, career-ending injuries when he crashed during a rally – the car pierced by a guardrail – Kubica was back on the Formula 1 grid.

From the very first lap, fans, pundits and journalists alike wondered whether Kubica had retained any of the race-winning ability that saw him take the chequered flag at the 2008 Canadian GP.

Nine months after that lap we are still asking the same question.

Only Kubica and the inner workings at Williams honestly know who is to blame for that with the 35-year-old whitewashed by his rookie team-mate, George Russell, in the qualifying stats.

Russell also won the Sunday head-to-head but lost out in the points as Kubica was promoted to P10 at the chaotic German GP with Russell in P11.

Such was the failure of Kubica’s first year back in Formula 1 racing that it will also be his last. He announced in September that he would be leaving Williams, linked to a test driver role with either Racing Point or Haas for 2020.

Either way, Kubica’s exit, as he quietly slunk off into the sunset without any fanfare, is the final chapter in an extremely dissatisfying fairytale.

Back on the F1 grid as a works team in 2016, Renault billed its first three seasons as building blocks with the aim of mixing it up with the big boys in 2019.

They signed race winner Daniel Ricciardo from Red Bull to bolster the attack, persuading the Aussie to jump ship after laying out what they believed were the facts: Renault engine versus Honda power.

Unfortunately for Ricciardo, if the engine was better, the chassis was not.

Renault went into this campaign saying podiums, even “lucky” ones, was the target but even in Italy where the team finished fourth and fifth, they were not in the hunt for the top three – over 45s behind the race winner.

That Monza result was only the third time that Renault had managed to get both cars into the top ten on a Sunday, and they hoped it meant they’d turned a corner. They didn’t.

They secured another two double points-hauls with a third, Japan, taken away by the stewards after Racing Point protested Renault’s use of a pre-set brake balance adjustment.

The stewards ruled it was a driver aid and Ricciardo and Nico Hulkenberg were disqualified from the race. Another blow for Renault.

That, though, was the story of the Enstone team’s season. Small signs of improvement followed by two steps backwards.

The team finished P5 in the standings, embarrassingly beaten by McLaren – a customer.

With 54 points more than Renault despite the French manufacturer’s MGUs letting McLaren down at the start of the season, the Woking team highlighted Renault’s short coming: the chassis.

Even the team’s MD, Cyril Abiteboul, admitted it has been a “tough season, and by far the most difficult season that I have personally lived because of the level of expectation.”

He added: “I understand people from the outside may think we are losing the plot, but we know that certain conditions meant we are massively struggling, and there is very little we can do.”

The 2019 season had some massive moments out on track, most notably the rise of the Max Verstappen versus Charles Leclerc rivalry and Verstappen challenging Lewis Hamilton for the throne.

However both of those only really played out in last-lap drama.

With Mercedes out of the mix at the Red Bull Ring as a heatwave swept through Europe, it was all about Verstappen and Leclerc in the Austrian Grand Prix.

Leclerc led most of the grand prix while Verstappen played catch up, but catch up he did in the final stint with his nine-laps fresher tyres.

Closing in on the Ferrari driver at a rate of knots, Verstappen made a move on lap 68 only for Leclerc to fight back and retake the lead.

A lap later, though, it was done and dusted as Verstappen nipped past at Turn 3, giving the Ferrari driver a whack for good measure and making sure he had no way to fight back.

Moving onto Hungary, Verstappen and Hamilton were in a league of their own, running 1-2 with the Red Bull driver ahead of the reigning champion.

They had a brief moment on lap 39, one that didn’t yield the results Hamilton wanted, but his two-stop strategy played out against Verstappen’s one-stopper and Hamilton took the lead with ease on lap 66 of the 70-lap race.

Both races were snapshots of too many 2019 grands prix where only differing strategies led to a few moments of fighting. There was, however, very little happening in between.

Much was made in the opening two months of the season about Valtteri Bottas 2.0.

Decked out with a new beard and fueled by a mixture of coffee and porridge, the Finn took two of the season’s first four race wins to lead Lewis Hamilton in the standings.

He also scored the fastest lap point at the Australian Grand Prix, which meant that even though he and Hamilton both had two wins and two runner-up results, it was Bottas who was leading after Azerbaijan.

And then Bottas 2.0 malfunctioned.

While Hamilton went on a four-race winning streak, Bottas’ lost the plot and he dropped behind Hamilton. It was game – and title – over before the midway point of the season, even before Hamilton’s streak ended in Austria.

It was also the largest points deficit between team-mates (Red Bull not included).

Bottas must have been disappointed but no more so than any Formula 1 fan wanting a title fight all the way through the season.

As a driver who hasn’t ruffled feathers since joining Mercedes, 2019 was Bottas’ chance. He let us all down.