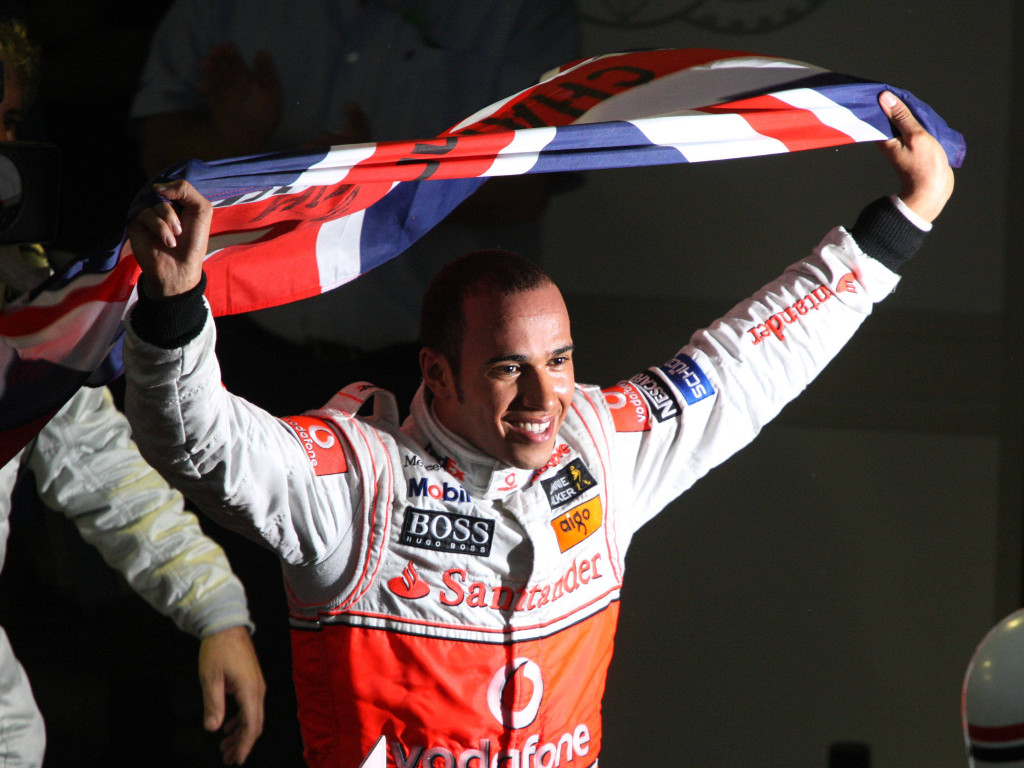 The British Grand Prix has served us up some absolute classic races over the years, and some of the greatest winning efforts we have seen.

So, with the claim made, it’s now time to back it up. Here are five classic British Grand Prix race wins for you all to relive…

It may well be a race well remembered for religious activist Neil Horan as he ran down the Hangar Straight, forcing drivers to swerve to miss him and thus bringing out the Safety Car.

But casting that guy out of the equation, it was actually an action-packed British Grand Prix which saw Ferrari’s Barrichello come out on top.

The Brazilian started on pole but a poor start allowed Jarno Trulli and Kimi Raikkonen to jump ahead, Barrichello closed back up on the Finn after the first SC period, passing Raikkonen on lap 11 before Horan pulled his stunt on the next lap.

This caused a scramble into the pits and Ferrari failed to get their man out ahead of Raikkonen or Ralf Schumacher, back to square one for Rubens.

Raikkonen and Barrichello worked their way through the pack but the Brazilian had trouble getting by Trulli, allowing Raikkonen to pull away as he chased leader Cristiano da Matta.

Finally Barrichello dispatched of Trulli on lap 27 and reclaimed the lead when Raikkonen pitted for the second time. The gap was cut nicely by the Brazilian as he emerged from the pits after his second stop.

His final task – to hunt down the McLaren man, which he did after forcing him into an error at Bridge Corner and taking a hard-fought victory.

If we are talking masterclasses of driving in the wet – it can only be 2008.

The track was wet at the start after earlier rainfall, and all drivers picked the intermediate tyres.

Hamilton was P4 and made fantastic getaway, even briefly moving into the lead but after brushing tyres with team-mate Heikki Kovalainen, he slotted into P2 just behind the Finn.

Drivers were spinning all over the place, but Hamilton remained in the zone as he harried Kovalainen and passed him at Stowe on lap five, quickly pulling away after.

Kovalainen would spin and fall behind compatriot Raikkonen who had a sizeable pace advantage on the drying track, so much so that by lap 21 the gap between Raikkonen and Hamilton was under a second when they both pitted.

Hamilton got a new set of inters, but Ferrari gambled on the track continuing to dry and only refueled their man. The Brit emerged just ahead of Raikkonen and almost instantly the rain returned, throwing Raikkonen’s strategy into ruins.

The Finn pitted at last on Lap 30, but he came back out all the way down in P11.

Now leading the race by half a minute despite a trip across the grass, Hamilton pitted on Lap 38 and again put fresh inters on his McLaren.

Well clear of all the chaos behind, Hamilton took the chequered flag 68 seconds clear of P2 Nick Heidfeld, the biggest winning margin since Australia 1995. A masterclass from Hamilton in only his second season in Formula One.

A track mixed with wet and dry patches made for an interesting tyre choice at the start, but everyone would opt for the inters, with the exception of the two Stewart-Fords.

It was around the midway point where the drama began to ramp up. David Coulthard spun out on lap 38 as did Trulli, while Barrichello lost control of his Stewart and hit the wall at Club on lap 40.

All this left Mika Hakkinen in the lead with a 49 second buffer over Schumacher, but he would complete a 360 degrees turn before continuing, albeit with damage to the front wing.

As conditions worsened the Safety Car came out, obliterating the gap between Hakkinen and Schumacher.

The race resumed on lap 50, but the Finn only needed two tours of Silverstone to make another error, putting Schumacher into the lead as he pulled away.

However, with two laps remaining, Schumacher was issued with a stop-and-go penalty for passing Alexander Wurz under the safety car on lap 43. He served it by entering the pits on the final lap, causing him to cross the finish line before his pit box and therefore take the win.

After Ferrari tried desperately to find an excuse, race control changed their decision to a ten-second time penalty, though this can only be issued if the incident occurred within the final 12 laps.

In the end, the stewards scrapped the penalty altogether. A protest was lodged by McLaren who felt Ferrari cheated by not having Schumacher serve the penalty, but this was rejected by the FIA.

As a result, the three stewards involved handed in their licenses at an extraordinary meeting of the FIA World Council.

A legitimate win, perhaps not, but it sure as hell was a classic. 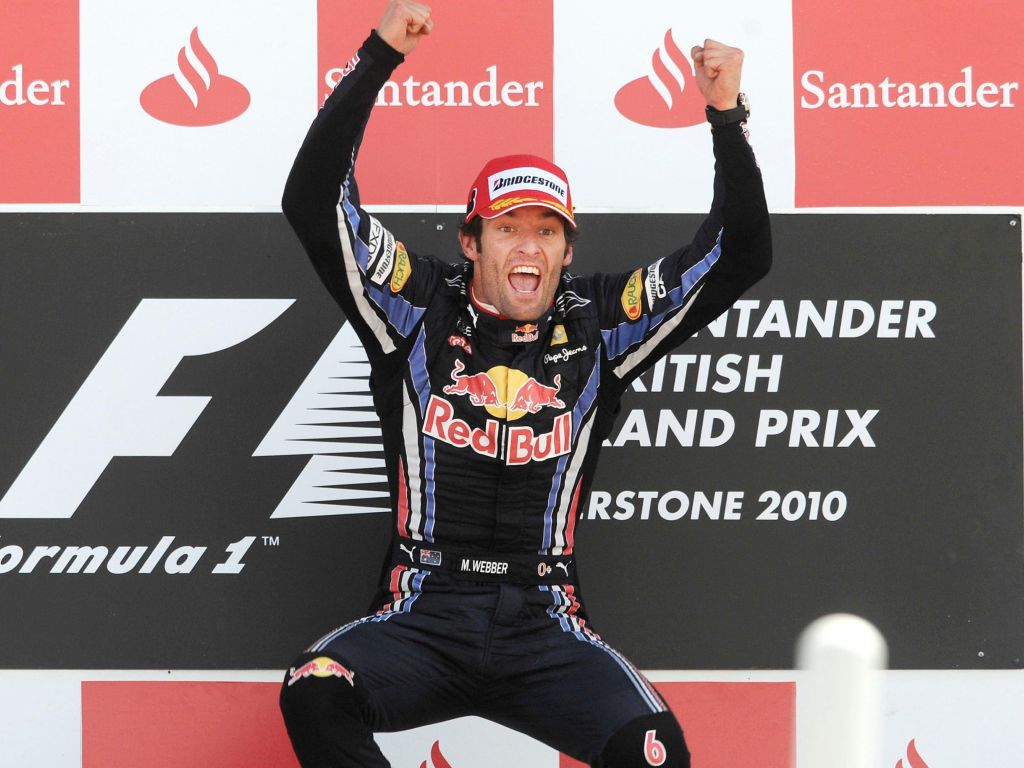 The drama here all surrounded Red Bull’s new package that they brought to Silverstone. At the centre of the controversy was the new front wing.

The Austrian team dominated practice, but when Vettel’s front wing detached itself on the high-speed approach to Abbey, they made the controversial call to remove the new front wing from Webber’s car and give it to Vettel.

The Australian was far from pleased, and with tensions already high after the Istanbul incident, Vettel taking pole over Webber did little to calm things down.

Off the line Vettel attempted to force teammate Webber into yielding on the approach to Copse corner, the Australian was having none of it, taking the lead while Vettel made contact with Hamilton and suffered a puncture.

The disintegrating Sauber of Pedro de la Rosa would later bring out the Safety Car, a gift from the gods for Vettel who was allowed to bunch up on the pack and start picking them off after the restart.

But, Webber would take the win against all odds by a second over Hamilton – redemption for the Aussie after his rough treatment. “Not bad for a number two driver, eh?” His words after he crossed the line.

Nelson Piquet and Mansell had been in a class of their own in qualifying. Piquet took pole by 0.07s, but they were over a second clear of everyone else as Williams-Honda dominated.

Incredibly, Alain Prost took the lead off the line, only to be passed by Piquet at Maggotts; Mansell soon followed his teammate. From there it became a fierce battle between the Williams pair.

Although neither driver was scheduled to stop again, Mansell dived into the pits on lap 35, and despite now being 29 seconds adrift of Piquet, his charge began as he broke the lap record eight times to the delight of the over 100,000 strong British crowd.

By Lap 63 the Brit was through and claimed an incredible victory. However, it didn’t go down very well with Honda.

Shortly after crossing the line, Mansell slowed and was surrounded by fans. It was thought he had run out of fuel, but actually his engine had blown up after running in “Q” mode, which delivered an extra 100 hp, for the final six laps.

Another one-two had been put at risk – Honda announced their switch to supplying McLaren for 1988, while Piquet signed for Lotus in the following weeks. Oh well, it was entertaining while it lasted.