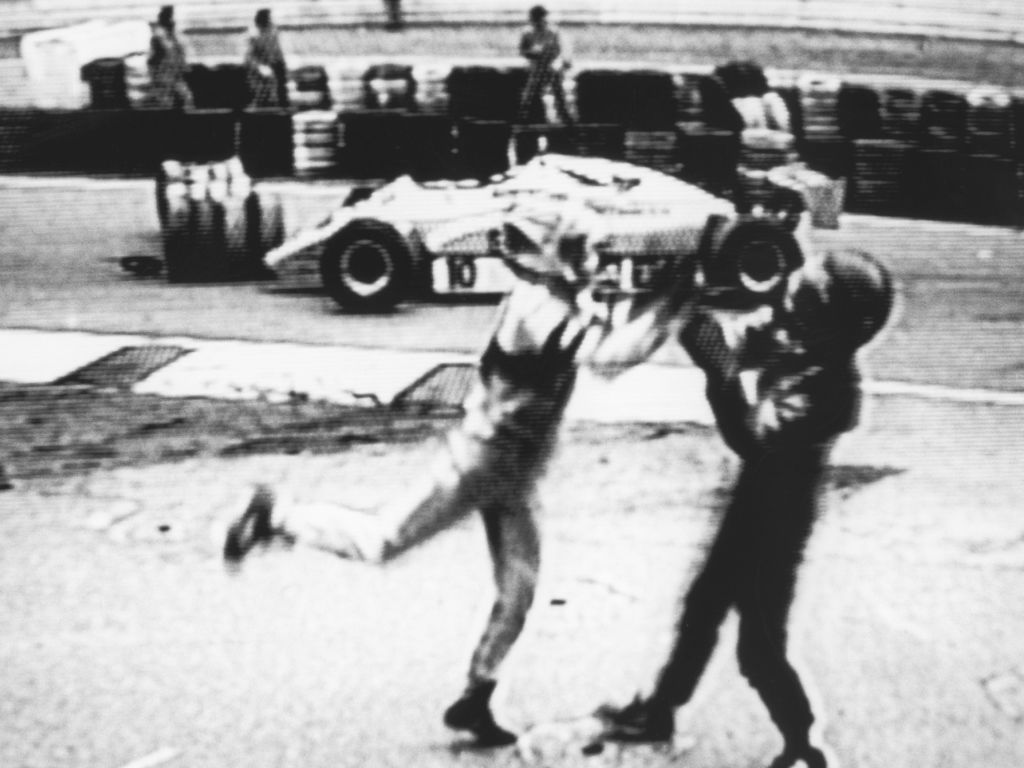 There’s nothing like a bit of controversy when it comes to the drama of Formula 1, and over the years we have seen plenty of that.

But on rare occasions that controversy leads to big bust-ups and sometimes the fists are sent flying.

It was at the Circuit of the Americas in 2015 when Hamilton wrapped up a third World Championship.

His team-mate Nico Rosberg was the driver who saw his title chances squashed as a result, so it’s understandable that he didn’t feel like joining in with the celebrations.

While no fists or boots were used, or really any sort of violence, Rosberg made his point clear by launching the cap back that Hamilton had handed him.

Accidents happen in Formula 1, and for these two that crash occurred on lap 1 at Interlagos.

With that incident both of them were out of the race and blamed each other, nothing unusual, but it became unusual when the spat carried over to the following race in Abu Dhabi.

The pair would exchange some words of frustration during the pre-race press conference – Trulli even had evidence.

Fernando Alonso and Kimi Raikkonen sure found it funny.

Hunt loved the party boy lifestyle, while he also loved taking a swing at marshals it seems.

This was the first of his incidents, after Patrick Depailler had shoved him into the barriers at Monaco in 1975.

Hunt was determined to stick around and show an angry fist to Depailler, as this marshal found out, taking a right backhand for his troubles.

We told you he did it more than once! This time it was at the Canadian Grand Prix at Mosport.

Hunt had collided with McLaren team-mate Jochen Mass, and so was out of the race. Good old Ernie Strong went over to help Hunt out of this car, but got right-hooked to the floor for his troubles.

“How did I feel?” Ernie said as he recalled the incident. “Wronged, blindsided—did that really happen?

“If I said anything to him, I can’t remember. Hunt gave me a, ‘Sorry, old man,’ and headed back to the pits…”

Now, there is nothing at all in the rules which says you can’t unlap yourself, but be prepared for trouble if you make a mess of it.

It’s safe to say Ocon wiping Verstappen out of an almost certain race win in Brazil, qualifies for making a mess of it.

Verstappen would even call the Frenchman ‘a p***y’ in the press conference afterwards.

The FIA would order the Dutchman to complete two days of public service as a punishment for pushing Ocon around in the pits after the race.

Schumacher was in the lead of a very wet Belgian Grand Prix – visibility was non-existent, and it was perfectly displayed when Schumacher smashed into the back of Coulthard’s McLaren while trying to lap the Scottish driver.

With only three wheels Schumacher would drive back to the pits, before storming down to the McLaren garage.

A sea of people kept the two apart the best they could. Schumacher said Coulthard was “trying to ****ing kill me”.

Schumacher was absolutely furious, so just in case he had have made it through the mass of people, Coulthard kept his helmet on.

Now we getting into the serious bust-ups – this one between Mansell and Senna at Spa rightfully makes it into our top three.

A first-lap clash with Senna’s Lotus meant the race was over for Mansell and the Brazilian, but their work for the day actually was only just beginning.

After the incident Mansell stormed down the pit lane and pinned Senna against the wall of the Lotus garage.

“I went over to him, grabbed him by the overalls and pushed him up against the wall,” Mansell later said as he recalled the incident.

“He wore loose overalls in those days and I pulled the zip up beyond his chin to just below his nose. ‘Next time you do that,’ I said, ‘You’re going to have to do a much better job.'”

As Senna put it: “When a man holds you round the throat, I do not think that he has come to apologise.”

This one may lead to scratching of heads – if you didn’t expect these two to crop up when you started reading, we don’t blame you, but this was a classic Formula 1 bust-up and deserves the number two spot.

During qualifying for the 1982 Canadian Grand Prix, Serra thought his fellow Brazilian Boesel had blocked him.

Afterwards he went to have a word with him, but what appeared to be a heated warning quickly turned into a complete brawl as people in the pit lane desperately tried to pull the drivers apart.

This one though is simply the gold standard when it comes to driver bust-ups – they didn’t even wait to leave the track before the fists and feet went flying.

It came when race leader at Hockenheim Piquet attempted to lap Salazar.

Instead they would collide at the chicane, ending the race for both of them. From there Salazar became a punchbag for any body part Piquet could use as a weapon as the Brazilian went to town on the Chilean driver.

And not only the fight – Murray Walker’s commentary is just hilarious.