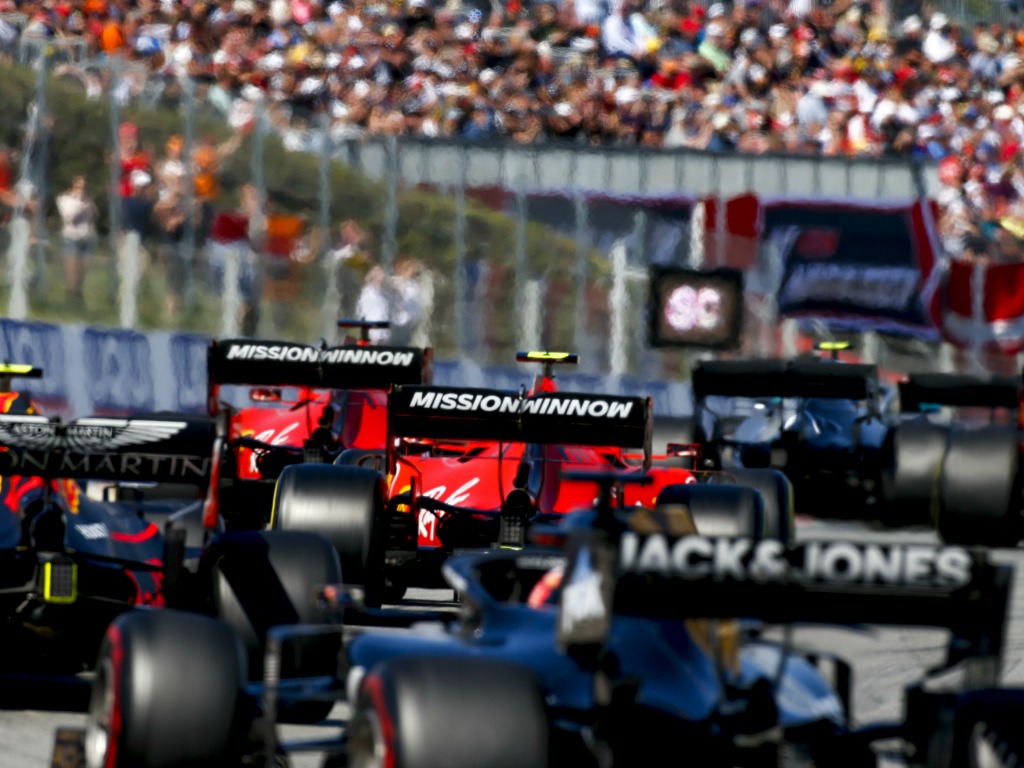 Ferrari need to get their heads right, why is Leclerc being held up if they’re going to let him pass anyway?

Why after they have already decided that they will move the slower driver over earlier in the race is Vettel getting held up by Leclerc before being let past?

Absolute mess there at the moment strategically, looks like they don’t know what they’re doing.

Domination from Mercedes – Hamilton put pretty clear daylight between him and Bottas pre and post-safety car. I don’t get why a few are saying Hamilton was lucky with the safety car, can someone enlighten me please?

A good drive from Verstappen and a solid drive from Gasly which might give him some confidence.

Ferrari are a shambles on the pit wall.

Not sure what the Haas drivers were playing at after the safety car, they’ve lost out on some points there.

Bad weekend for Alfa and RP. 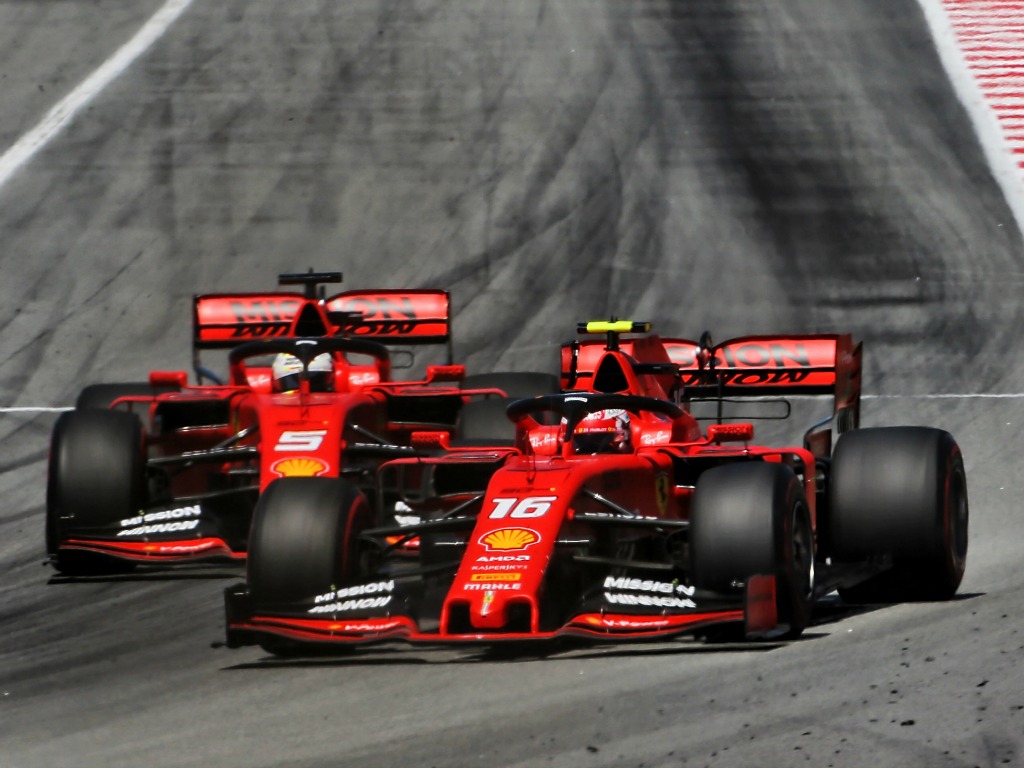 Ferrari have reached blooper-reel status. What exactly are they doing out there? Vettel got off the line quickly but he flat-spotted his tires in that first corner scrap and he was slow throughout the first stint.

Despite this fact, Ferrari left Leclerc to sit behind him and lose time (and damage his tires) for nearly 13 laps!

What kind of indecisive leadership allows that to happen? Then, in the next stint, Vettel was put on Mediums and was quick straight away; making up ground on the leaders.

Right as Vettel hit his stride, they pit Leclerc, put him on the Hard tire and had him come out directly in front of Vettel to hold him up. It took about 5 laps for them to let Vettel by after losing the best life from his tires.

I literally think they got everything wrong and at this point, I think they should simply stop making decisions like this. Just let them race each other. Tell them that you will not move one for the other and they are 100% free to race. The championship is over now for Ferrari.

They are no match for Mercedes whatsoever and I actually firmly believe that Red Bull will have them beat by the second half of the year. Just let the drivers race and stop embarrassing yourselves ffs.

Max continues to perform brilliantly and I believe that he is absolutely ready to fight for the WDC now. He’s fast, consistent and his judgement has improved dramatically.

Red Bull is destined to replace Ferrari as the #2 team by the end of the year IMO. The Honda engine is performing quite well indeed and they are improving the car rapidly.

It made perfect sense to let Leclerc by Vettel initially, just as it did to let Vettel back past Leclerc. But it took a ridiculous time to do it on both occasions. Letting them race, which seems to be the popular option, wouldn’t have made it any better and probably would have made it even worse.

Ferrari looked paralysed by indecision and that’s what’s hurting them. They need to be far quicker and more decisive and this is where they are floundering. Binotto doesn’t yet appear to be managing things effectively and questions have to be asked about whether they made the right call in giving him this job.

Well, I don’t think it is over for Bottas just yet. 7 points isn’t a big difference given they both keep finishing 1 – 2. I don’t think Hamilton is that strong at Monaco. Not that Bottas is either really.

But Bottas keeps up his very solid qualifying performance, the overtaking opportunities there are next to impossible here. Then there is Canada where although Hamilton is known to be strong there, Bottas is hardly weak and looked far better last year.

I still expect that Bottas will be able to find a way to beat Hamilton in one or two of the next few races somehow, although probably not by much at all. Bottas just needs to qualify behind then he’s sorted!

Formula 1 is a giant mess right now. And it’s clear the things FIA thinks will result in better overtaking, less complex aero are not working.

They thought it will make things easier if they simplified front wings. Look whats happening this year. We now have more complex barge boards, veins and slots and winglets in the floor.

This is restrictive thinking. They need to really get rid of these things.

– Single element wings, both front and back. Flat floors, single element bargeboards, no veins, no slots, no winglets of any kind on the car anywhere. Teams will be free to design rest of the body work as they seem fit.

– Remove fuel flow limits. Just fixed fuel for the race. Get rid of MGH-H. Keep simple MGU-K. This will reduce the cost of engines greatly and thus we can increase number of engines allowed per season.

– Increase battery capacity or ICE engine capacity to compensate. We can have 2L Turbo V6 + MGU-K.
No penalty for gearbox changes.

– Remove restrictions on cambers and tyre pressure. If teams want to play with that, let em.

These changes will move the focus on mechanical grip, chassis performance and engine performance while bringing costs down. With no vortex generating things on cars, the cars behind will be allowed to follow closely.

Yes, it will make cars slower initially as people come to terms with improving their mechanical grip, but cars will still be fast enough and with improved show.

Aero will still be important as focus will shift on how to get the bodywork to work aerodynamically for the simpler wings but it wont be able to leave as much turbulent air behind the car as current cars do.

Any other smartypants regulations FIA tries, will be countered by teams by finding loopholes.

That has been history. Instead of having intricate regulations, they need simplified one like I mentioned. No lots, no veins, no winglets.

No means no, not in any form. PERIOD.

Another stat: @MercedesAMGF1 have scored more 1-2 finishes this year (5) than @ScuderiaFerrari have this decade (4) #F1 #SpanishGP

F1 is in its biggest crisis since beginning. The current technological breakthroughs make the fair racing impossible. The team with biggest budget, attracting best engineers, would have best technology and best car. It sucks.

I am afraid that the only solution to make the grid more even is to have some number of standardized parts. Very unpopular but I see no other remedy for racing itself.

Never mind the racing, Crofty’s ridiculous suggestions is the most annoying part of F1 these days. Ban team orders. Get rid of blue flags.

Both absurd ideas that are just as bad as the qualifying fiasco in Australia a few years ago.

If you’re going to suggest those ideas, at least give them some thought instead of giving a knee jerk reaction from something you don’t like.