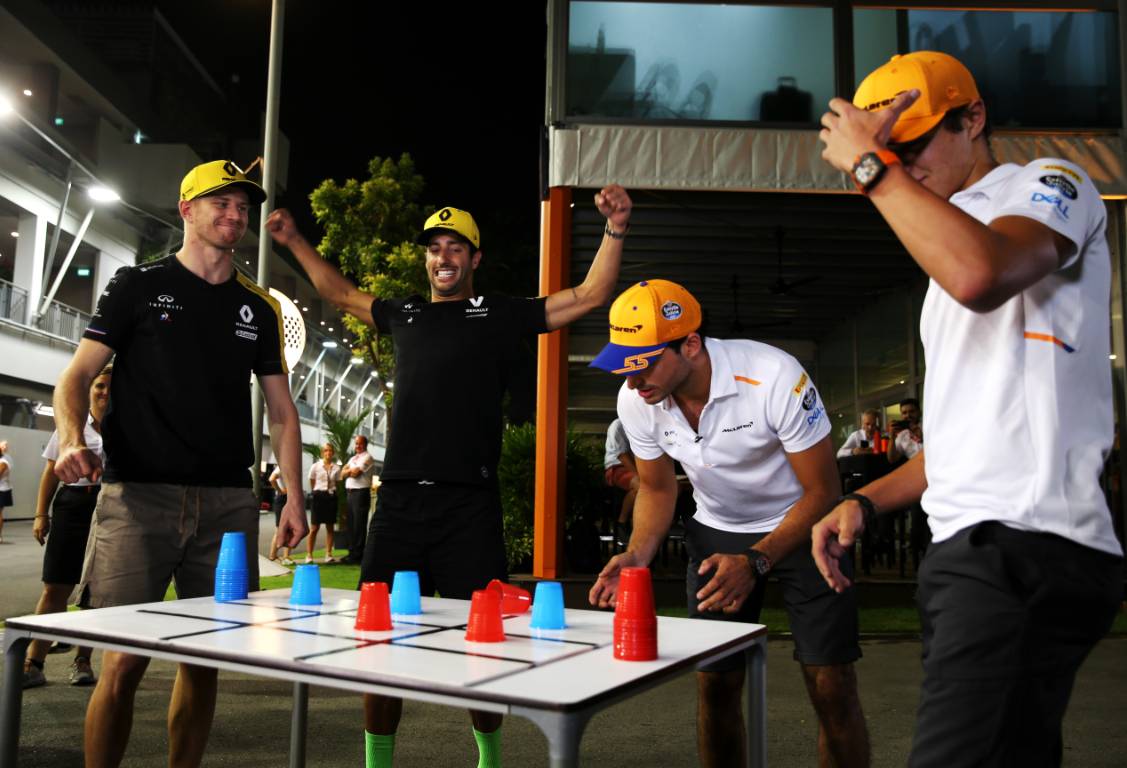 Who wouldn’t want to be a Formula 1 driver?

Surely nobody. Except, you wonder, for Kimi Raikkonen perhaps. Sometimes he gives the impression he would rather be anywhere but in an F1 paddock.

Kimi, of course, is currently the oldest driver on the grid at the age of 40. And in a way, that’s our point – F1 these days is very much a young man’s game.

But these are young men living the dream… and best of all, they know it. The current breed of drivers realise how lucky they are, making the most of their opportunity with a refreshing, likeable attitude that makes them fun and interesting to listen to.

Compare them to footballers. Watch an interview with just about any star player and all you’ll get is the standard stock lines: “the most important thing is the three points”, “just taking it one game at a time” etc. You can almost script it.

Okay, football is a team game. But then so is F1. Yes, there are individual rewards and the drivers will have media training to ensure they toe the party line to a degree, but there is still bags more personality about them.

Imagine if Lando Norris, a particular breath of fresh air since beginning his career with McLaren, was a footballer? The fun factor would surely have been drummed out of him by now.

It wasn’t always the case, of course, and there have been some pretty earnest F1 superstars in the past. Alain Prost, Mika Hakkinen and Michael Schumacher, for instance, would not have been top of many dinner-party guest lists for those with no more than a passing interest in F1.

However, the likes of Norris, Daniel Ricciardo and Max Verstappen come across to us (more senior) fans as a throwback to the carefree 60s and 70s era, while Charles Leclerc, Alex Albon, George Russell et al are good value too.

Of the older brigade, Lewis Hamilton has become more expressive and engaging, while Sebastian Vettel and Nico Hulkenberg are well removed from the stereotypically serious perception that used to be assumed of Germans.

There could be various explanations why, of course. These guys are well paid, they want for nothing materially so have fewer real-life worries than most people their age, and are competing in what is a much less dangerous sport than it was before they were born. Hence they can afford to be somewhat happy-go-lucky.

You could argue they are glorified sim-racers rather than bona fide sportsmen, but we’re not buying that. Being an F1 driver requires optimum fitness levels – it involves an awful lot more than just turning a steering wheel and pressing a few buttons.

Is the current crop the sport’s most talented of all time? In depth, probably, yes. Maybe the Senna-esque genius is lacking in all bar, arguably, Hamilton and some of them might struggle with a manual gear lever for 78 laps around Monaco.

But that’s not their fault. It simply reflects the times.

In short, these boys are great ambassadors for F1. They like a good time, but they are professional and it doesn’t matter if the clashes of the Prost/Senna era barely exist nowadays. They may be rivals, but why not let them have a beer together if that’s what they want to do?

It’s a likeable grid, and long may it continue.

Even Kimi might just give a thumbs-up to that.