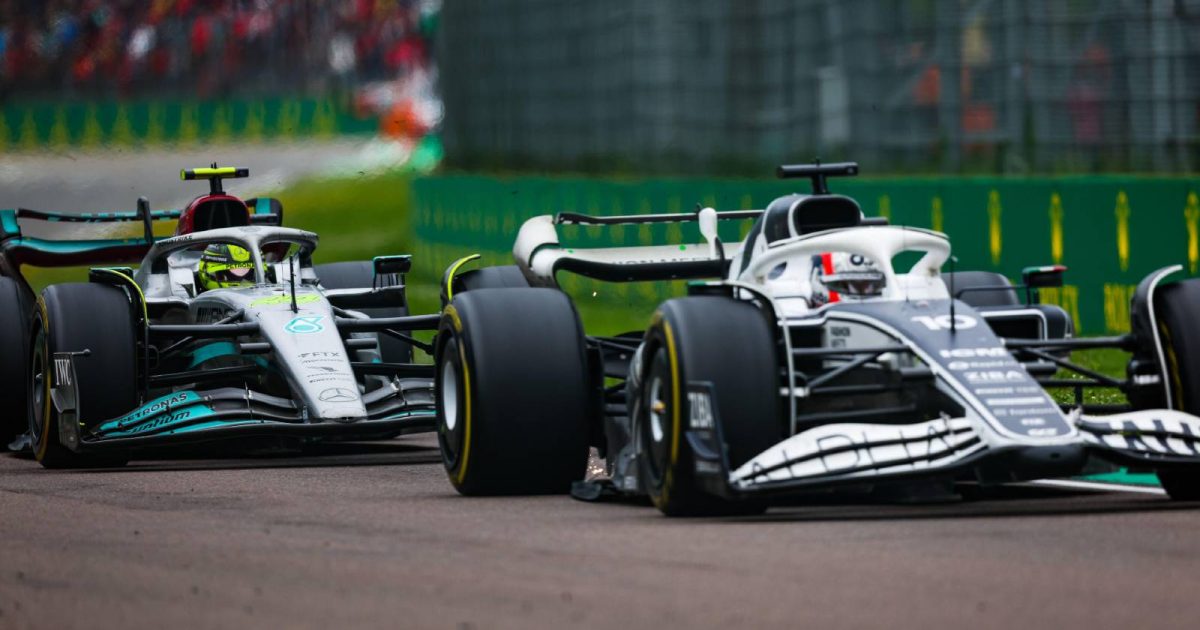 If there is one circuit on the Formula 1 calendar that proves it is perfectly possible to have a great race without an abundance of overtaking, it is surely dear old Imola.

It was at the Autodromo Enzo e Dino Ferrari, after all, where those memorable battles between Michael Schumacher and Fernando Alonso took place in consecutive years in 2005 and 2006.

Having contained the seven-time World Champion all the way to the finish line in ’05, it was Fernando – in the blue and yellow Renault – in hot pursuit the following season only for Michael to stand firm in the Ferrari.

Not once, on either occasion, did a pass for the lead occur in front of the tifosi – but it did not matter. This, as two of the greatest drivers in history twice went eye to eye, was F1 at its glorious, gladiatorial best.

The thrill? That was very much in the chase.

It was as though F1 had stepped back in time in Sunday’s Emilia Romagna Grand Prix, in which the DRS overtaking aid was disabled for more than half of the 63-lap race.

As is standard procedure, the device was rendered off limits in the wet at the start of the race, but even though every driver in the field had switched from intermediate to slick tyres on the drying track within 20 laps it was not until lap 35 that Race Control finally activated DRS.

The delay has yet to be fully explained, although some speculated the memories of the high-speed crash at Tamburello in 2021 – when George Russell, all DRS’d up with nowhere to go on the narrow track, took to the grass before spearing into the side of Valtteri Bottas’ Mercedes – had left Race Control erring on the side of caution.

Tell that to the television commentators – and indeed the many fans – who adopted a frustrated and at times apologetic tone in the laps before DRS entered the equation.

Everyone: It’s time for DRS

At points, as they agitated for DRS to be enabled from the comfort of the commentary box, they began to assume the air of addicts searching for their next fix.

For those of us hopeful the arrival of the more ‘raceable’ 2022 cars would signal the demise of DRS, the stampede for its implementation at Imola only offered a dispiriting reminder of how challenging it will be for F1 to eventually wean itself off the drug.

Not that DRS had much of an impact when it was finally activated anyway, the cool conditions – as well as the overhanging trees at various points around the track – ensuring it was still relatively treacherous off the racing line.

Even with his rear wing wide open, Charles Leclerc struggled to make an impression on Sergio Perez’s rocket-ship Red Bull in the fight for P2, while Pierre Gasly and Lewis Hamilton both found themselves trapped behind Alex Albon’s Williams.

Among the biggest complaints about DRS is that it has dulled certain elements of a driver’s repertoire, compromising creativity in attack and rendering true, gritty defensive driving – the skill displayed by Schumacher and Alonso almost two decades ago – a lost art.

Maybe it was no coincidence then that one of the highlights of the race contained both, and came in the midst of that surreal interlude between the switch to slicks and the activation of DRS when Lance Stroll attacked Yuki Tsunoda on lap 25.

Second in a train of seven cars between Tsunoda in ninth and Daniel Ricciardo in P15, a frustrated Stroll positioned himself on a wet patch of track on Tsunoda’s outside, spray streaming off his slicks, on the downhill run to Rivazza.

Tsunoda judged his defence to perfection, crowding Stroll’s right front tyre to the very edge of the track into the braking zone to retain the dry line, with the absence of DRS ensuring Stroll – faster at that point of the race – could not simply zip past on the main straight.

It would not be an exaggeration to suggest that moment of pure racing made Tsunoda’s afternoon, Stroll soon fading as Tsunoda edged away, later using DRS to pass Kevin Magnussen and Sebastian Vettel to mark his most complete performance since last year’s Abu Dhabi Grand Prix with a P7 finish.

There is a sense F1 is approaching a crossroads when it comes to DRS usage, for while the 2022 regulations have evidently succeeded in their primary aim of making it easier for cars to follow each other, there remains a strange reluctance to act accordingly and seize the victory.

Take, for instance, the decision to initially have an unprecedented four DRS zones at the recent Australian GP despite the Albert Park circuit being redesigned since F1’s last visit in 2019 with the specific purpose of improving the spectacle.

The rationale behind the move, with Melbourne consistently near the bottom of the overtaking charts in the previous era, was perhaps understandable.

But at a time when F1 has an obvious opportunity to begin to reduce its reliance on DRS – which should have been a key metric for the success of the 2022 cars – stretching to four zones (later reduced to three following safety concerns) seemed counter-intuitive.

“We had a choice,” Pat Symonds, F1’s chief technical officer and a key architect of the 2022 rules, told Sky Sports in Australia. “When we produced this car we could have said ‘let’s get rid of DRS’, but if we’d been wrong it would have been a disaster.

“If we could get to a stage where we produce a car that’s good enough in the wake of another car that you perhaps only use DRS to pass a backmarker or something like that, we’d have really achieved something.”

It remains to be seen how Symonds’ vision would work in reality, particularly if two drivers duelling for the lead come to lap a backmarker at the same time, but the implication of his words is clear – there is no appetite among the powers that be to kick away the crutch for the duration of this rules cycle.

And even if F1 did manoeuvre itself into a position with the next regulation changes where the effect of DRS on the spectacle was negligible, it still would not be minded to let it go completely.

The genie has been out of the bottle for 11 years, but with those in charge lacking the necessary bravery and agility to move with the times it will not be going back in any time soon.

Operation Ditch DRS will have to wait for now.