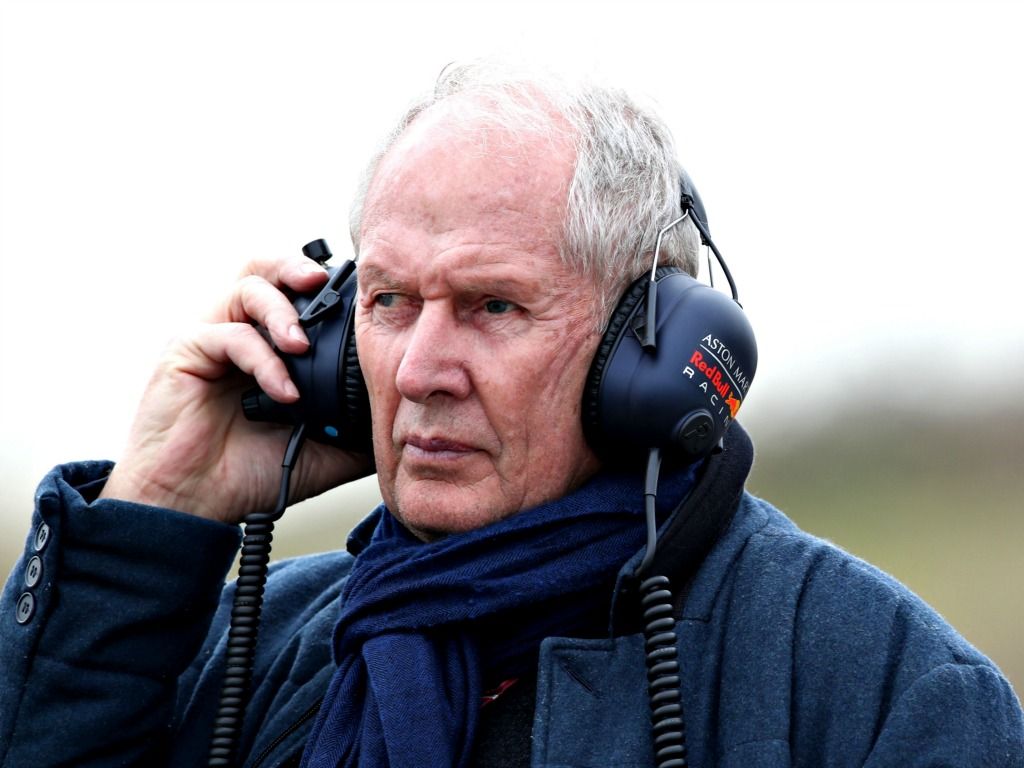 Helmut Marko has a huge amount of power at Red Bull, and how he’s yielded it has made him something of a pantomime villain to many.

His official job title is head of the team’s driver development programme. So, he’s a patient, kindly old man who nurtures talents, offering them a guiding hand and shoulder to cry on, right?

Dr Marko is instead one of Red Bull’s most powerful and one of the sport’s most ruthless figures, doing whatever it takes to see through his own agenda.

It’s fair to say that Marko isn’t particularly good at hiding the bias he has towards certain drivers. This was the case more than ever back when Sebastian Vettel and Mark Webber were the team’s drivers.

From the moment Vettel joined Red Bull in 2009, many believed he was given preferential treatment. The first obvious example came at the 2010 British Grand Prix when he broke his upgraded wing and was given Webber’s. Later that season, the pair crashed in Turkey, and Marko placed the blame firmly at Webber’s feet. As the Aussie said in his autobiography, if the team said otherwise, the Austrian would’ve caused trouble.

“To maintain harmony within the team (and you’ve got to remember there were 800 people involved), the focus had to be on keeping Marko happy, which meant making sure Vettel’s side of the garage was happy.”

This dynamic would continue up until Webber retired in 2013, with Marko giving an interview at the start of that season stating the Red Bull man was inconsistent, unable to handle pressure and fell too easily into downward spirals. Webber responded by saying he’s not a part of Marko’s agenda, and it’s difficult not to agree with him.

The Austrian has been accused of displaying similar behaviour in recent years by favouring Max Verstappen and, again, it’s hard to disagree. We reckon he’d let the team fall apart before seeing one of his golden boys bested.

Marko doesn’t by any means treat all of his proteges so well though. If he doesn’t think they’re good enough for a Red Bull seat, their days are well and truly numbered. Time to prove him wrong is in very short supply.

In Daniil Kvyat’s first season with the team, he outscored team-mate Daniel Ricciardo and finished as high as P2. He started his second season by getting his second podium with a P3 finish three races in. Sure, he wasn’t setting the world alight, but he was doing well enough to warrant his seat.

If only. After taking out Vettel the following round, Red Bull’s “team management” decided to demote him back to Toro Rosso and give Verstappen his seat. Sure, the Dutchman’s subsequent results may have justified the decision, but it was a cold-blooded one nonetheless, and one that almost ended Kvyat’s F1 career.

History repeated itself three years later. Pierre Gasly’s results were admittedly worse than Kvyat’s, making the decision to drop him for Alex Albon slightly less harsh. The manner in which Marko went about it was typically brutal though, with Netflix cameras catching him going over to Christian Horner and tell him “Gasly is poor” before the two had a little joke about how they could do better.

His official job might be to discover and develop young drivers for the team, but the latter duty will quickly go out the window if he doesn’t rate them.

Many in F1 see the media as something of a weapon and use it to their advantage. None so more than Marko, who uses the spotlight to push his own agenda, often disregarding truth, courtesy and accuracy to do so. The Webber interview we mentioned was an example of this, and it’s not the only one.

In the past year alone, he’s claimed that both Vettel and Nico Hulkenberg asked him about filling a Red Bull seat. He said that he turned down Vettel as the German is too expensive, and claimed that Hulkenberg wasn’t picked up as he’s not “significantly better” than Alex Albon.

Even if both of these conversations really did happen, which many people don’t believe, it seems wildly unnecessary to tell the press of them and add in some critical comments for good measure. Such antics have become something of a hobby for the Austrian, though, just google what he’s said about Pierre Gasly.

He doesn’t just focus on drivers either. Other claims he has made to the press include *deep breath*: stewards favour Mercedes, stewards dislike Verstappen, Mercedes control Pirelli, Renault doesn’t have the money to build a good engine, Ferrari enjoys playing drivers against each other, the new regulations will lead to driver blackmail. The list goes on.

It’s hard to tell how much of what Marko actually says is what believes, let alone how much is true. If we could get him in front of a lie detector though, we think the results would be quite something.

Ultimately, Marko is just someone who has a lot of power in a sport and uses it to his advantage, so comparing him to a Bond villain seemed a bit outlandish. And then came his suggestion of creating a coronavirus camp.

He raised many eyebrows when he said he hoped Verstappen would catch the virus early so that he’d be immune and healthy when the season resumed.  And then, he said this.

“We have four Formula 1 drivers, and eight or 10 juniors,”  he told Austrian broadcaster, ORF.

“That way they would be prepared whenever the action starts. And you can be ready for what will probably be a very tough championship once it starts.”

Yep, he was really up for sticking them all in a camp and ensuring they got COVID-19 so that they’d have the best chance possible of being successful once motor racing returned.

Marko later said that the coronavirus comments “came out wrong” but, take a little test, if you were to remove the name attached to the quotes, where would Helmut Marko be on your list of guesses as to who actually said it…