Home F1 Features Four to go: Who leads the ‘B’ World Championship? 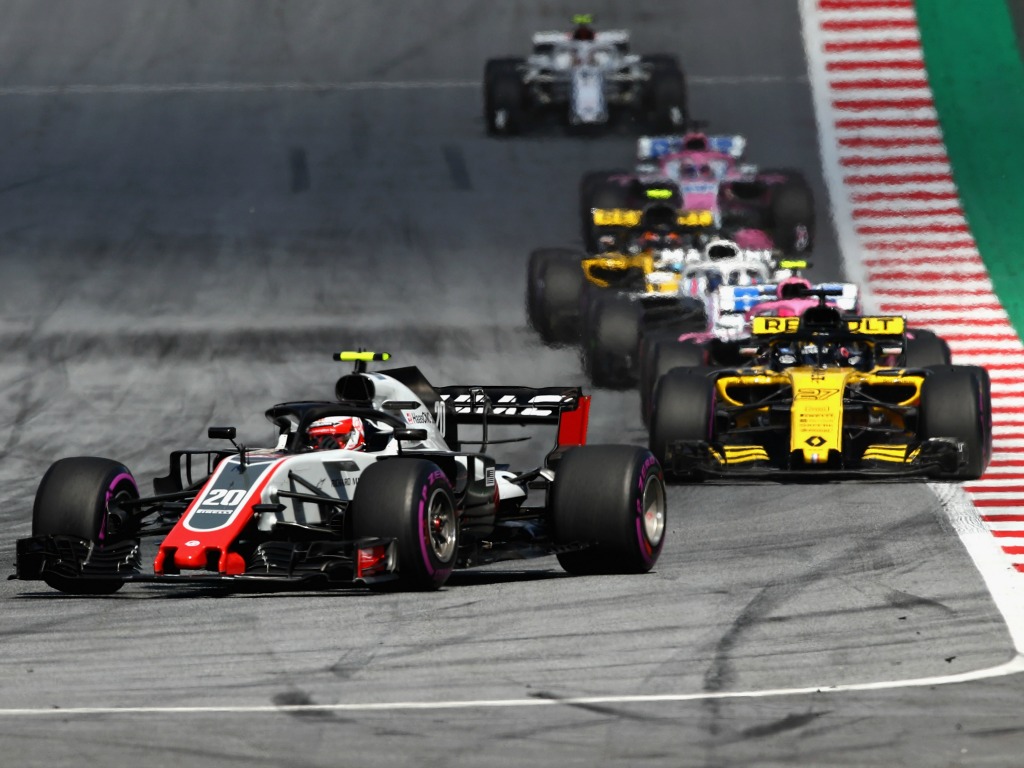 So the title race is all but over, but what about the ‘best of the rest’? Who is leading the ‘B’ Championship with four races to go?

Back in July, we took a look at who would be leading it, if we got rid of the Mercedes, Ferrari and Red Bull’s results, and awarded 25 points for finishing as ‘best of the rest’.

Non-finishers are still not awarded points, because… why would we give them any?

When the first ‘B’ Championship update came out, it was after the British Grand Prix, ten races into the season, and Nico Hulkenberg led the way comfortably.

Since then, there has been another seven races, but the Hulk still leads the way. However, the chasing pack are closer.

And, if you are wondering why this is a thing…it’s because Mercedes, Ferrari and Red Bull have won every race of the turbo hybrid era.

How the ‘B’ Championship looks with four races to go:

The numbers in brackets are the positions they were in back in July, after the British Grand Prix at Silverstone.

With Fernando Alonso dropping off the pace in the second half of the season, it is now a five-way battle for the ‘B’ Championship crown. Nico Hulkenberg continues to lead the way with 193 points (in comparison, Lewis Hamilton has 331 in the real world).

The German had been on the podium at every race he had finished up to his home grand prix at Hockenheim, but since then, his best result has been P4 in Singapore.  The Renault man has four race ‘wins’ to his name, more than any other driver, which has helped him to be top of the pile.

The two Force Indias have risen up the standings to sit in P2 and P3, with both achieving four podium finishes in the last seven races. Sergio Perez has won two of those, tasting victory in Belgium and last time out in Japan. P3 in Germany and P2 in Italy have meant the Mexican has scored 98 points since our July article, the biggest mover. 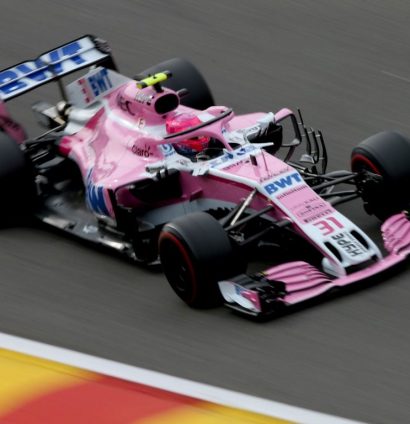 Bar the Singapore DNF, Esteban Ocon has been on the podium in each of the last five races, including a race ‘win’. He tasted ‘victory’ at Monza, after finishing P2 at Spa the weekend before. Third place finishes in Russia and Japan have seen the Frenchman move up to P3 in the ‘B’ Championship.

Carlos Sainz is now up to P4 in the ‘B’ Championship, just 11 points behind his team-mate who leads the way.

The Spaniard, who is off to McLaren for next season, is the only man in the top nine to have not ‘won’ a race yet. Not a single one. Mr. Consistency has seven podiums across the season which have kept him in the hunt.

The bad boy of Formula 1 is in P5. Kevin Magnussen started the season well and was in P2 after the British Grand Prix. Since then, though, the Dane has had three races where he did not score a point, including a DNF in Japan. The leading Haas did score podium finishes in Hungary and Russia to stay within 16 points of the ‘B’ Championship leader. 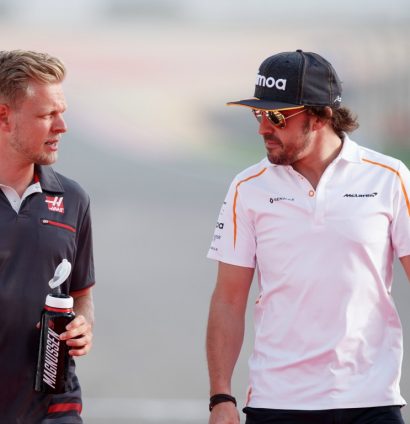 Fernando Alonso comes next in the race for the title, but he has started to fall back from the leading five, despite taking the ‘win’ in Singapore.

The two-time World Champion also scored a podium finish in Hungary, but apart from that, he only has eight points in the other five races since Silverstone. A lack of updates on the McLaren could be the downfall, but DNFs in both Belgium and Hungary also played a part.

We called Romain Grosjean a disappointment after Silverstone, as he languished down in P10 in the ‘B’ Championship. The Frenchman has three podiums in the last seven races and has climbed up to P7 in the standings.

Second place finishes in Germany and Japan, along with a third place in Belgium have helped the second Haas to move up. 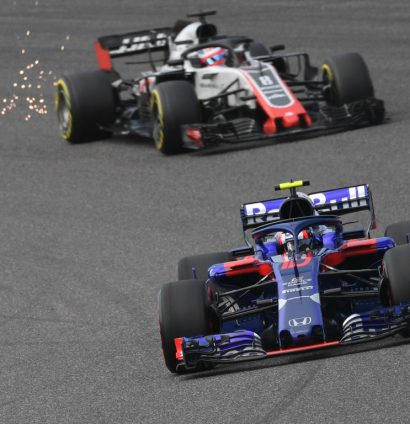 Pierre Gasly is the only man outside the top five to have ‘won’ more than once in 2018. However, he currently only sits in P8 because of just one other podium finish to his name, a second place finish in Monaco.

The Toro Rosso man has only finished in the top four once since then, which was the victory in Hungary, his second on the year.

The two Saubers round out the top 10 in the ‘B’ Championship, with Charles Leclerc comfortably ahead of Marcus Ericsson.

Leclerc is the last man to have ‘won’ a race in this championship, having taken the spoils in Russia. However, he only has two other podium finishes, after thirds in Azerbaijan and Singapore.

Ericsson does not have a podium finish to his name in 2018, but has only failed to score on two occasions. Both of those were DNFs (in Australia and Great Britain) making him one of the few men to score in every race they have completed. 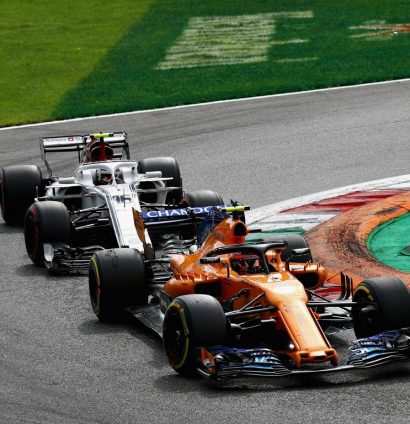 Stoffel Vandoorne was as high as P8 after Silverstone, thanks to a couple of top five finishes in the early part of the season. Since then, though, the Belgian is yet to finish in the top five, and has failed to score on two occasions in the last seven races.

Once again, like it was in July, it is the two Williams sandwiching Brendon Hartley to round out the field. Lance Stroll remains in P12, with a fourth place finish in Italy his best result of the season.

Hartley has had wretched luck with reliability this year, failing to finish seven races. He sits in P13 having not reached the top five in any race. 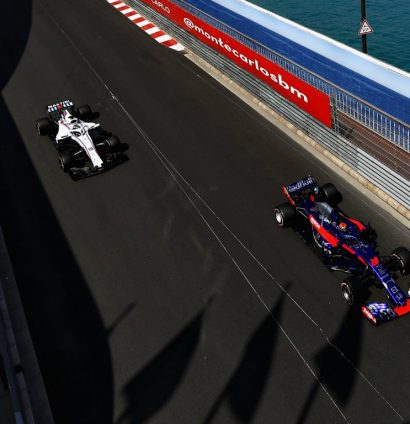 Sergey Sirotkin is last, and has been throughout the year, with just one top seven finish in 2018, a P5 result at Monza.

A look at a few other stats, including qualifying and race wins…

Finally, the Constructors’ race for the ‘B’ Championship.

Force India finished on 219 when they went into administration, with the new Racing Point Force India team racking up 154 points so far. If you put the two together, they would have 373, just two fewer than Renault so far this year.

Unsurprisingly, Williams are bottom with 77, less than half the points total of their nearest rivals.

With four races to go, who do you think will win the ‘B’ Championship for 2018?