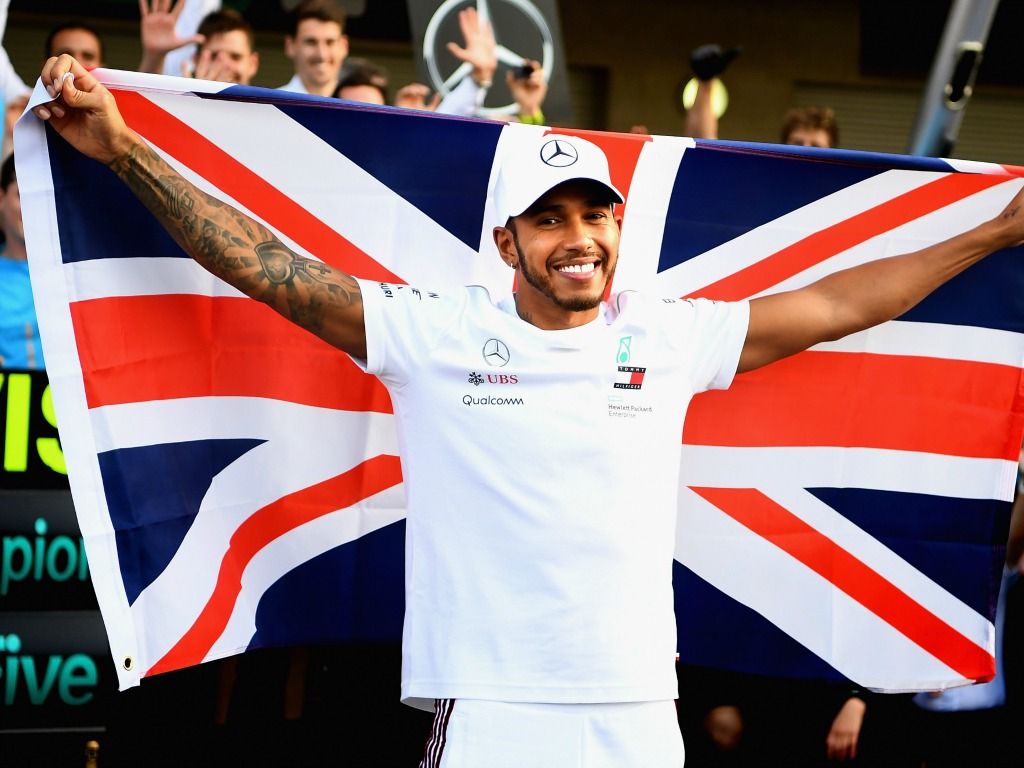 Lewis Hamilton turned 34 on Monday, but what does the master of Hammertime have left to accomplish, with five World Championships to his name?

We think quite a lot actually, even though it feels like the guy has been around forever.

He came to Formula One in 2007, joining McLaren after winning the 2006 GP2 Championship – though in unusual circumstances – claiming the final point he needed after Giorgio Pantano was stripped of the fastest lap in the Monza feature race.

2007 almost brought him a debut Formula One World Championship, but his slide into the Chinese GP’s pitlane gravel trap proved disastrous and meant Hamilton’s 7th place finish in Brazil allowed Kimi Raikkonen to win the title by a point.

The drama would return to South America a year later, as Felipe Massa thought he was top-dog after winning the Brazilian GP, with Hamilton not running in a crucial top-five position.

But we all remember that famous overtake on Timo Glock in the final corner, promoting Hamilton to 5th and making him the youngest ever Formula One World Champion [at the time] in the process.

I don’t think we will ever forget that look of horror on the Massa clan’s faces either – sorry Felipe.

Here is David Croft's (BBC Radio 5 Live at the time) commentary of the final lap at the 2008 Brazilian Grand Prix.

Only as Lewis crosses the line and the TV graphic shows him in 5th does he realise the Brit won the championship…..

A *very* bad day at the office for him. #F1 pic.twitter.com/VFnrPU9mNH

Skip forward to 2014 – the turbo-hybrid era strolled into the sport, and Hamilton has since claimed a further four World Championships, while winning 51 of the 100 races held.

We are all living in a Hamilton wonderland right now, but the topic of conversation for folk at the dinner table has long been how much longer he will be here?

So, let’s take a look at some of the short, medium and long-term goals which may still remain.

Well, you would have to be rather brave or stupid to argue the fact that Lewis has had every guy’s number in recent years – Nico Rosberg could raise a complaint based on his 2016 exploits, but overall, nobody has come close to Hamilton’s dominance.

In the short-term then, just continuing that ruthless stranglehold on the sport has to be the goal.

Sebastian Vettel has faded away from the title-fight for the past two seasons now, while the always talkative Max Verstappen continues to pop in a good performance here-and-there, while reminding Hamilton, seemingly on a daily basis, that he is coming for his throne.

Valtteri Bottas has done little to convince the powers-that-be to see him as Lewis’ equal, so it all appears pretty cushy heading into 2019 right? Well, not necessarily.

See this year, two more hungry young guns in the form of Ferrari’s Charles Leclerc and Red Bull’s Pierre Gasly have their eyes set on grabbing that brass ring.

Leclerc has long been talked about as Formula One’s next big thing – claiming GP3 and F2 titles back-to-back, before putting in a very impressive stint with Sauber that ultimately landed him a seat at Ferrari.

Gasly has certainly gone more under the radar, but you just cannot completely rule this young Frenchman out even if Verstappen is the chosen one at Red Bull.

His 2018 season included a P4 finish in Bahrain with Toro Rosso, while running out 13-6 winner over team-mate Brendon Hartley in the qualifying battle.

The goal in the meantime for Hamilton, then, is pretty clear: crush the young challengers and show you are still the master.

Looking a few years down the line, dare we whisper it? Lewis could beat Michael Schumacher’s record of seven Formula One World Championships. First thing first, though, is to try and match it.

That achievement of seven World titles had never been reached before the German, and has not since, simply for the reason that it’s almost impossible.

Here, he explains why!

That Mercedes is showing no signs of giving up the ghost, getting stronger with each new challenger that dares to step up to it.

Smashing Schumacher’s records have been a feature for Lewis anyway, with the Brit taking over as the driver with the most race wins at different circuits after victory at the 2018 French Grand Prix, to name an example.

All the while further Schumi records are on the menu for Hamilton, with the legendary German’s 91 Grand Prix wins the only total currently bettering Hamilton’s 73.

The holy grail of records, however, is still to be obtained.

Major rule changes are planned for 2021, but it’s hard to bet against the 2019 and 2020 titles making themselves at home in the Hamilton household, so a bit of quick math shows that Hamilton and Schumi would be tied at seven apiece.

Surely then, Lewis would not be able to walk away without giving it a shot at becoming the one and only eight-time World Champion.

Now, we have to think what will be Lewis’ legacy? How is he going to finish his career and where will it be?

Judging by the current rumblings, two likely scenarios seem to be on the table.

The first of these is that he rides off into the sunset with the Mercedes team showering him in rose petals and singing his name as he vanishes into the sunset. Okay, maybe not that dramatic, but you get the point.

Lewis could easily walk away while still at the top, leaving fans, colleagues and enemies alike with no knowledge of what kind of driver he would have been past his prime.

He has hinted at this possibility before, with his love for fashion and music growing ever stronger, so it’s safe to say the pay cheques would not vanish from his life if Formula One was no longer a part of it.

Continuing the live the high life in Monaco, Hamilton has consistently said as the Formula 1 calendar grows that he will walk away from the sport when it starts impacting upon on his enjoyment.

The Vietnam Grand Prix is set to feature on the schedule from 2020, with a race in Miami also strongly rumoured to be on its way. Hamilton’s concerns seem to be falling on deaf ears.

WATCH: Formula One organizers announce Vietnam's capital Hanoi will be the venue for a street circuit Grand Prix in 2020 pic.twitter.com/vX1cmr69AB

Would these additions finally be enough for him to say thank you, and goodnight?

Or let’s flip the page, perhaps he jumps ship for one final challenge?

Ferrari have said to be in his ear for several years now, picture it as that age old scene where the individual has the angel on one shoulder telling him one thing while on the other is the devil painting a different picture.

There are no angels or devils here, we hope, but it is a good analogy for the situation.

The Scuderia would likely pay big bucks to land the five-time champ, especially if the title drought becomes even more deep rooted.

As the saying goes, in Ferrari’s case: if you can’t beat them, join them

However, it's the second year in a row Ferrari have had a car fast enough to win it, says @karunchandhok 🇲🇽

Formula One still has lingering traces of unpredictability, and that’s why we all love it. Who could also bet against Hamilton taking a similar path to Kimi and dropping down the grid, perhaps back to McLaren, purely for the thrill of racing?

Who knows what this bloke from Stevenage will decide to do but by God are we happy to be along for the ride.