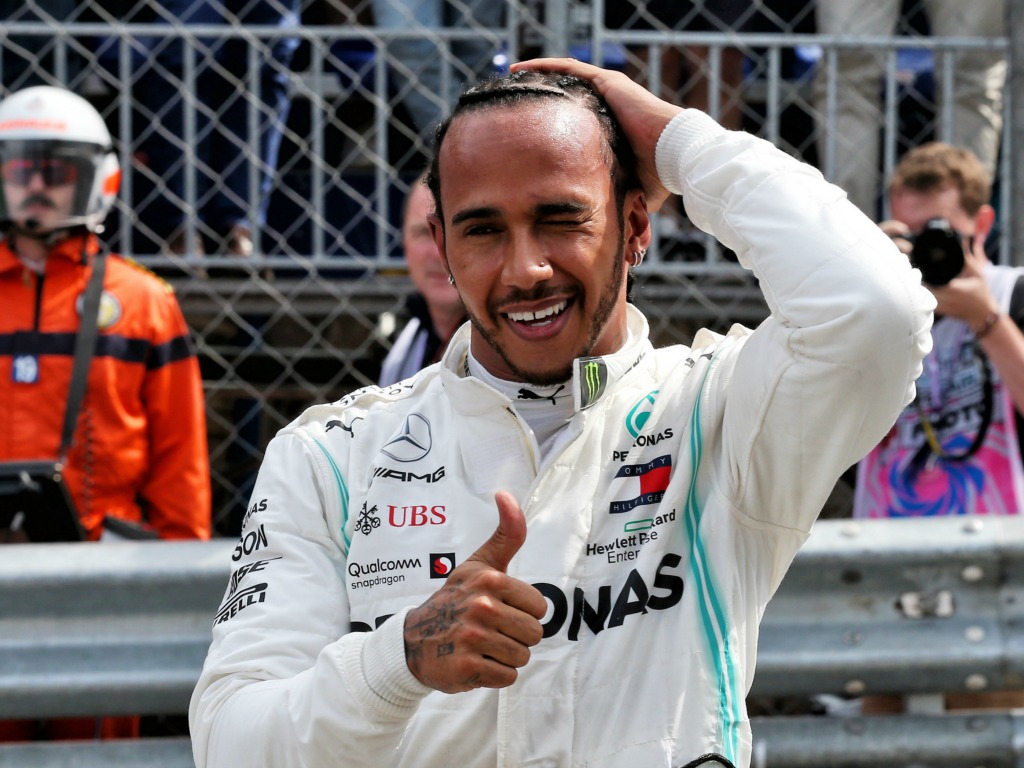 Some think it is a case of when rather if Lewis Hamilton’s breaks Michael Schumacher’s remaining records. His radio whinges are also on the agenda.

Plus the consistency of penalties from the FIA and the Monaco layout also come under scrutiny.

I just can not understand the weak 5 second penalty for Verstappen after that release. Nothing against Verstappen, but that forced Bottas damage and he had to pit again.
He already lost 1 place due to an unsafe release and another for having to box due to damage (caused by the unsafe release!?)

In the past, even when there was no contact when drivers had an unsafe release, the penalty was huge. It seems pathetic that Giovinazzi got a bigger penalty for what he did than this.

This was very unfortunate for Bottas. He looked very solid this weekend and until Red Bull messed up his race, Mercedes were certainly going to get a 1 -2 finish.

What do we do about Monaco?

Yeah Monaco has its detractors, but… track position is so important, so…. do better on the Saturday.

I wouldn’t want to see a season of Monaco’s, but likewise it presents a different challenge and one of the few races that can cause an upset still with a bit of luck and safety cars.

That said I still think they could open the track up a bit in at least one place, just to give a chance. There is room to an alterative option from the Chicane pretty much right up to Rascasse.

Yeah might need a bit of creative engineering or removal of some of the waterfront structures, but it is possible to engineer a better overtaking chance.

Not everyone found it tense

Boring race as expected. I think the most annoying part is the driver at lead can crawl to the victory and rest can’t do anything about it as there is barely space for 2 cars. Same for the midfield battle. Ricciardo and KMag got behind and were stuck in traffic. Sainz got lucky and STR simply followed him all race.

Hamilton moaning was very annoying. Wish Mercedes had asked him to pit. It would be slightly more interesting race as Max would at least had a go and build 5+secs gap and rest had to respond rather than just counting laps.

A little bit of Fry and Laurie

Does anyone else get fed up with Hamilton’s constant whining on the radio? I got to the point where I muted the tv every time I saw his radio comms were about to come up.

I’m convinced by the amount of times he bangs on, that he does it as a ploy to try and bluff other drivers. It’s not just Monaco, it seems like it’s every race I’m watching, he’s banging on about the tires going.

It reminded me of this sketch…

I think the whining on the radio is a combination of things. One – FOM driving a storyline and constantly airing those radio calls, and two – hamilton playing expectations management with the public at large and himself. He’s basically saying “look World – my team messed up and I might not win this race as a result.”

He’s also creating a positive feedback loop with the team that forces them to make better calls so in a sense – his whinging on the radio is him trying to get the team to step their game up.

If you don’t want me whinging stop making dumb calls. So far it has seemed to work. It is annoying to listen to but I think all drivers do it. In Monaco it was amplified by the commentary team and the race director.

A case of when rather than if?

So a little breathing room in the championship now for Lewis and you get the sense that he’s going to start to pull away from Valtteri now. It’s interesting to note that this is win number 77 for Lewis. He’s getting up there now and I do think that he will have a very high total this year in the win column.

We’ve just about transitioned from “if” to “when” when it comes to the question of topping Schumacher’s record win total. It’s looking 85-90% certain that Hamilton will get to 92 wins now. It will almost certainly happen next season.

The championships are a different story. You never know what will happen year on year with regards to that and any title shot could be your last. I think he’s in good shape this year though. Bottas has been very strong so far this season but I’ll need to see him challenge Lewis for a full season before a believe it.

Mercedes have regained their position as outright best car in the field and their operations staff have been very solid for the most part. Okay they got it wrong today but they haven’t made a meal of things the way Ferrari have this season.

Only Red Bull are stronger operationally during the races and they don’t have the car to match Mercedes most of the time. I expect that to change as the season presses on and I expect Red Bull to surpass Ferrari this year and be a very serious threat in 2020. They are in the ascendancy IMO and Hamilton will have to watch over his shoulder for Max more frequently moving forward.

I’m not sure I agree it’s that certain. His win rate in the hybrid era is 51.9% – that means he should win 8 more races this season (the second highest ever in a season) – that puts him on 85 wins.

He would then need to win at least 7 next season – and that will only happen if Mercedes produce the best car again. Yes, they are most likely to, but it’s far from a certainty, especially as Red Bull will be in the second year with Honda, and the Honda engine will be closer in performance to the Merc.

While it’s highly unlikely he won’t win races in 2020, if it does turn out Mercedes are no longer the dominant team, I can see him walking at the end of 2020, whether or not he wins the championship. At the end of this season he’ll be the same age Schumacher was after winning his 7th WDC.

If he was a record chaser, then I could see him staying just to get his name listed above Schumacher, but he’s always said he doesn’t care about that, and I do think he’s keen to have a post F1 career doing other things and once he’s just making up the number in F1, there will be no reason for him to stay.