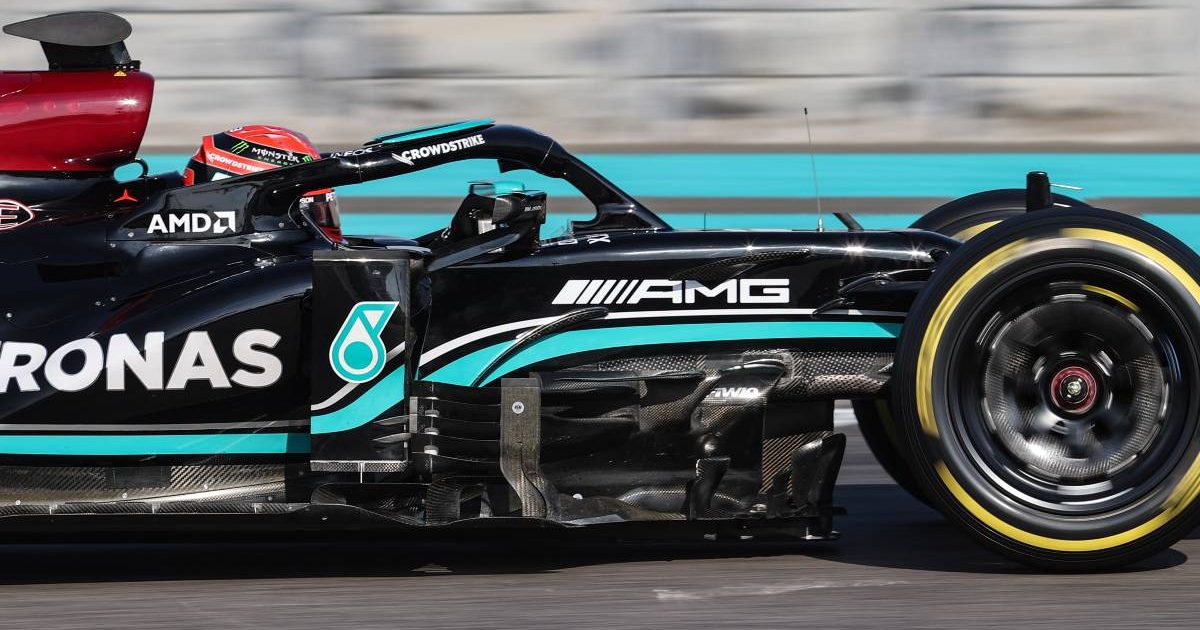 It is understandable that Red Bull’s Helmut Marko is not yet sure if George Russell can deliver for Mercedes on race day.

The calls have long been there for Russell, Mercedes’ star protégé, to earn that final major call-up to a race seat with the Silver Arrows.

Was 2021 the time? Many believed so, but with the third and final season of that watertight Williams contract now in the history books, Russell duly will take his place on the 2022 grid as a Mercedes driver.

Set to go up against seven-time World Champion Lewis Hamilton, there is great intrigue surrounding Russell, along with quiet expectation that he will prove a greater, more consistent threat to his compatriot than Valtteri Bottas proved to be.

Russell’s former Williams boss Jost Capito is certainly backing the 23-year-old to deliver an “exciting internal fight” against Hamilton, while he is “sure” that Russell will also prove a match for reigning World Champion Max Verstappen.

Now, Russell absolutely was a star of the 2021 grid at Williams, putting 16 points on the board as the team secured P8 in the Constructors’ with a tally of 23, but to compete regularly with Hamilton and Verstappen under race conditions is a completely different ball game.

Verstappen and Hamilton were operating in Formula 1 God mode across the 2021 season, slugging it out to become champion, while respective team-mates Sergio Perez and Bottas were left capable of doing little more than serving as on-track support to their superior team-mates.

Bottas earned his fair share of criticism during his Mercedes stint, but as Marko has pointed out, the Finn is in fact a “super fast” racing driver. The problem was consistency.

When Bottas was on top form, even Hamilton and Verstappen could not stop him, take the 2021 Turkish Grand Prix as a prime example. He just could never deliver performances like that on a regular basis like both Verstappen and Hamilton can.

So, can Russell even reach the level of a Bottas in Turkey? And if so, how often can he do it?

Marko therefore is right to ask these questions of Russell.

“Now let’s see what Mr Russell will do at Mercedes and whether the praise he has received in advance is justified,” he told Autorevue.

“I want to see that first. There’s no discussion in qualifying, he’s sensational there but if you look at his race speed, he wasn’t far ahead of [then Williams team-mate Nicholas] Latifi.”

Russell earned the nickname ‘Mr Saturday’ for a reason. Over one lap, there are few better than Russell. Proof? He made Q3 four times in 2021 behind the wheel of a Williams FW43B that was a lower-midfield car at best.

In the past though it had not always gone to plan on a race day, but credit must be given where it is due, there were strong signs of that changing in 2021.

Russell’s first Q3 appearance of the season arrived at the Austrian Grand Prix, where he qualified P9 and despite finishing outside the points in P11, it was a fantastic drive from the Briton, who was denied a points-paying finish by Fernando Alonso.

The Russian Grand Prix meanwhile was not as much of a success, as Russell went from qualifying a sensational P3 to crossing the line P10. A point gained, but it was a bit of an anti-climax, especially considering the late curveball thrown by the weather which had thrown the door back open for a shock result.

Of course Belgium on paper was Russell’s crowning achievement as he qualified P2 and finished there, the first podium of his career, but of course his racing skills were never put to the test.

After two laps behind the Safety Car at a soaked and misty Spa-Francorchamps, the race result was declared. So we will never know how Russell could have performed on the day.

With his switch to Mercedes secured, there can be no denying that Russell’s performances tailed off in the latter stages of 2021.

They key once again then is consistency. It is easier to get away with a few off days in the midfield. If Russell struggles to compete with Hamilton and Verstappen at the front with any kind of regularity, assuming that Mercedes and Red Bull remain the leading duo, this will be magnified and the pressure will quickly build.

As former F1 World Champion Mario Andretti has said, Russell, at Mercedes, alongside seven-time champ Hamilton, will indeed be a case of “wait to see”.

Yes, Russell did have a fantastic showing for Mercedes at the 2020 Sakhir GP in place of Hamilton, but on that Sunday his team-mate was Bottas.

Plus, while he did indeed look a great shout for the win before Mercedes faltered in the pits, followed by a puncture, “it’s a one-off that really works out and then when you’re really in there it becomes a little more difficult”, as Andretti pointed out.

So, in no way is an attempt being made to write Russell off. From his time at Williams, he did indeed give strong reason to believe that he can be a match for Hamilton at Mercedes.

But, such is the calibre of driver that Hamilton is, a seven-time World Champion, record 103-time winner, we really do need to wait until the season gets underway before strong opinions are formed on what Russell is capable of.

Verstappen also is at an all-time high for both driving ability and confidence, so this challenge for Russell will truly determine whether he is an elite racing driver in Formula 1.