Home F1 Features How to spend the off season? With Scalextric! 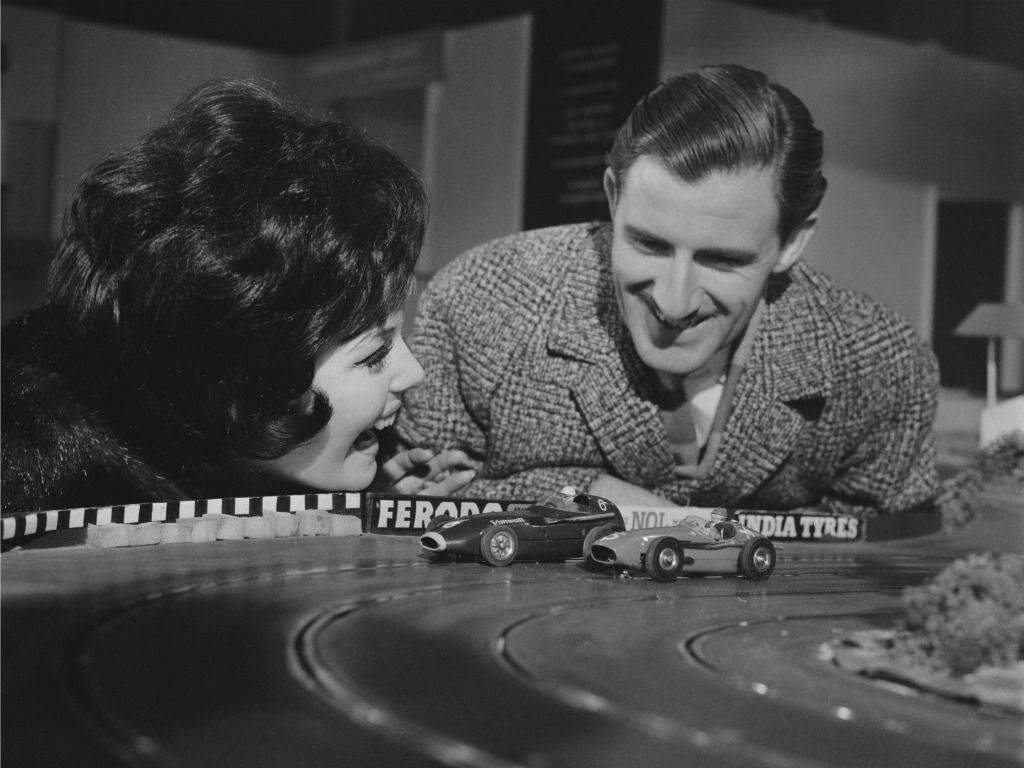 As F1 is between seasons, many of us will still get our racing fix via the timeless medium of racing toys cars.

My whole generation was brought up on Scalextric and while it wasn’t anything more elaborate than a simple circular track, it was nonetheless a brilliant way to pass the holidays. A hot and dusty overheating transformer is still the smell of Christmas to me.

Of course, as children often do, you soon tired of just making a couple of cars go around in a circle and became incredibly destructive instead, revving the cars to maximum speed with the sole intent of crashing them, hopefully making them fly into the air in the process.

I was fortunate enough one Christmas in 1970 to get some additional track and being able to create an uphill and downhill section – basically little more than a humpback bridge – but it was brilliant for accelerating into and thus sending the car into orbit halfway across the room.

Soon the whole objective wasn’t to win a 75-lap race, it was to create your own Death Race 2000.

As a child who was always happy to play on my own and invent a world inside my head, I would create a ‘crowd’ beside the bridge using toy soldiers, cowboys and indians, wee plastic dogs, horses, pigs and other farmyard animals.

Then I’d fire up a car, do a few slow laps as though to make my crowd complacent as to their safety, then send it down the straight at top speed, up and over the humpback bridge so fast that it would leave the track and plough into the assembled masses, scattering them asunder, ‘killing’ them all in a brutal mass extinction of professions, races and species!

At this point I would cheer, put my hands in the air and celebrate my victory over these blameless toys.

Scalextric had started life in 1956 in Hampshire in classic inventor-in-a-shed stye, made by a fella called Fred Francis which is somehow exactly the sort of name you’d hope a man who had invented a 1/32 scale racing track and cars would be called.

I had various racing cars, one of which repeatedly refused to work no matter what I did. There was only one solution to this problem: set the bloody thing on fire, of course!

Previously, they’d been made of tin and rubber but by the late 60s had been manufactured from plastic and burned very well indeed, thank you very much.

So I got my mother’s lighter and torched this errant vehicle, soon setting it alight.  As the flames licked higher, the sodding thing sparked into life!

The heat must have expanded an ill-fitting connection and briefly allowed me to race a burning car around the track. This was easily the most thrilling thing that had happened to me in my short nine years of life.

It absolutely flew around like never before, flaming as it did so, as though intent on breaking some sort of land speed record before it died in this motorised funeral pyre.

By now it was giving off a lot of black smoke as the plastic burned ever more furiously, finally conking out and coming to a halt right alongside my plastic crowd figures which immediately began to burn too.

There’s nothing better than seeing a soldier with his head flaming so I watched the fire take hold across several figures with especially glee at the pig fell victim. Burn piggy, burn!

But it didn’t stop there. The track was plastic and under the heat of the burning car, also began to smoke and melt, which in turn immediately scorched the mustard-coloured nylon carpet which also gave off a choking gas that even by Teesside’s polluted sir standards was unbreathable.

The smell was terrible and the smoke from all the burning was blackening the ceiling.

As the carpet began to properly catch light, I feared I was causing a terrible conflagration and would burn the house down, so I began doing what any nine year-old would do, who didn’t want to run to his mother and admit he was in fact a junior arsonist: I began stamping on the flames.

However, I didn’t realise that my slippers, along with pretty much everything in life in 1970, was also made of some sort of flammable man-made material and immediately began to smoulder in a way which suggested my feet would soon be afire the way the car, figures, track and carpet now was.

At this point, I swallowed my pride, ripped them off and ran crying into the kitchen to confess my sins to mother, who picked up the burning toys and put them into a zinc bucket of water to extinguish them. The burn marks on the carpet were covered up with a rug, the ceiling soon repainted.

I was told never to burn things in the house again because it was very dangerous, so at least Scalextric taught me a valuable life lesson, but even as I relate this tale, it does make me want to do it all over again.

Not sure the missus would be overpleased if I did though.

For all the brilliance of computer racing games, there’s nothing quite like racing your own cars around the house, killing a whole crowd of people and animals in the process before setting fire to the whole bloody lot.

Try telling kids that today, and they won’t believe you.