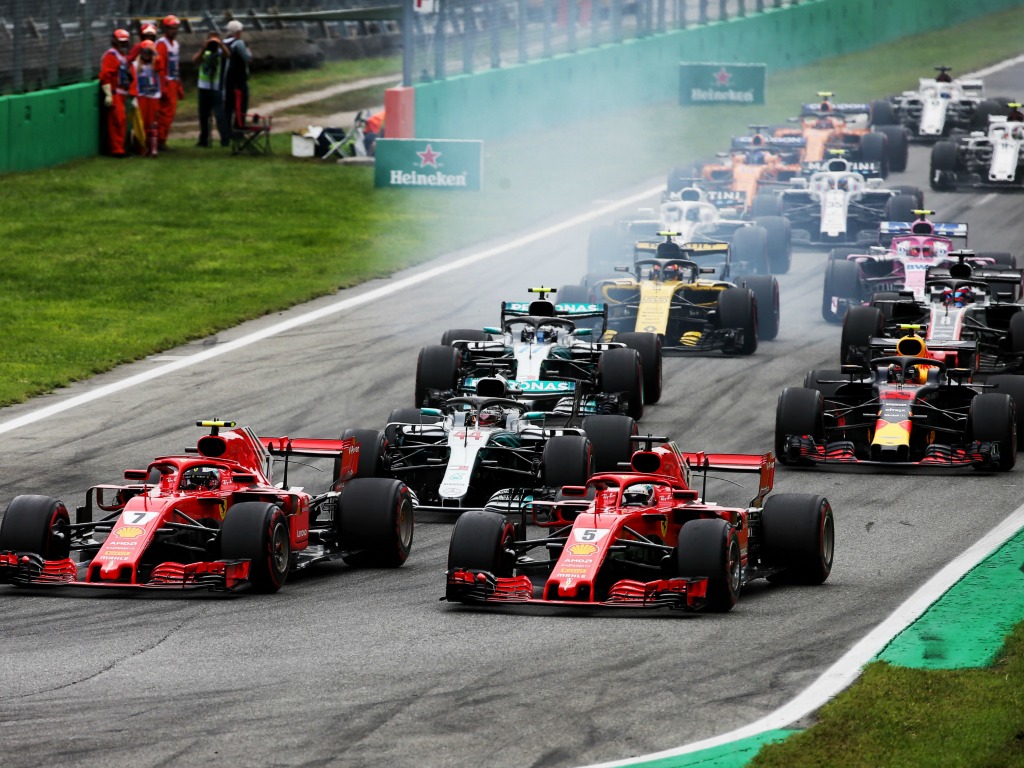 F1 returns to the ‘Temple Of Speed’ this weekend as the iconic Italian Grand Prix takes centre stage at Monza.

The adoring tifosi will head to the famous circuit just outside Milan full of expectation and renewed hope after Ferrari’s spectacular renaissance in the Belgian Grand Prix at Spa.

Charles Leclerc claimed his first F1 victory in the Belgian countryside, holding off World Championship leader Lewis Hamilton to come home in front. Team-mate Sebastian Vettel meanwhile will be desperate to show he is not now number two in his own garage after trailing in Leclerc’s wake at Spa.

Max Verstappen meanwhile had a disappointing race at Spa as his afternoon ended early after coming together with Kimi Raikkonen. He’ll be hoping to get back into the form that so re-energised the season before the summer break.

Here is everything you need to know ahead of one of the showpiece races in the F1 calendar.

The start times for the Italian Grand Prix are as follows:

Where does the Italian Grand Prix take place?

The original banked track built in 1922 has long since been abandoned, with the modern Monza circuit boasting fast sweeping corners and long straights.

Some of the corners have been tightened a little in the interests of safety in recent years and chicanes have been brought into play.

Monza is the real home of the Italian Grand Prix, which has been staged here every year but one since 1950, and the “tifosi” or fans add to the unique atmosphere.

Directions: How can I get to the Italian Grand Prix?

Monza is 15 km (10 miles) north-east of Milan, easily accessible either via the A1 or A4 routes then the S36 into the town itself.

Milan has two airports – Linate is the nearest to Monza and handles the internal and European flights. The more distant Malpensa handles both European and international flights.

Where can I watch the Italian Grand Prix on TV?

Italian Grand Prix weekend – including qualifying and the race proper – will be screened live in the UK by pay-TV broadcaster Sky Sports on its dedicated Sky Sports F1 channel. You can also access a live stream of the coverage via Now TV. Full coverage will also be aired by free-to-air broadcaster Channel 4.

The Italian Grand Prix will be shown live on TV by the following outlets in other key markets:

What is the weather forecast for the Italian Grand Prix?

Lewis Hamilton’s brilliant victory at Monza in 2018 was pivotal in his march towards retaining the World Championship. He prevailed with a stunning drive after the Ferraris of Kimi Raikkonen and Sebastian Vettel had roared to a front-row lockout in qualifying.

Hamilton’s victory was his fifth at the home of Italian motorsport, joining former Ferrari great Michael Schumacher for the most victories by a driver there. Brazilian Nelson Piquet is next in the all-time list with four successes.

Unsurprisingly Ferrari lead the way in terms of victories by a constructor with 19 in total, though they have not tasted success at their home Grand Prix since Fernando Alonso came home in front back in 2010. McLaren are second on the all-time list with 10 victories while Mercedes have nine.

Charles Leclerc delighted the tifosi by claiming another pole at Monza on Saturday – albeit after a farcical Q3 session. Full grid positions for the Italian Grand Prix are as follows:

* Max Verstappen, Lando Norris, Pierre Gasly and Sergio Perez will start from back of grid due to multiple power unit element changes.

* Kimi Raikkonen penalised five places for a gearbox change and then drops to pit lane due to multiple power unit element changes.

What are the odds for the Italian Grand Prix?

Charles Leclerc and Lewis Hamilton are battling for favouritism after qualifying at Monza on Saturday. Leading odds for Sunday’s race at Monza from Bet365 are as follows:

The leaders in the race for the driver and constructor titles heading into the Italian Grand Prix are as follows:

F1 tyre manufacturer Pirelli will bring the white hard C2 tyre to the Italian Grand Prix along with the yellow medium C3 and the red soft C4. Their compound set ranges from C1 (the hardest) to C5 (the softest).