Home F1 Features Let them race, but not in the pits… 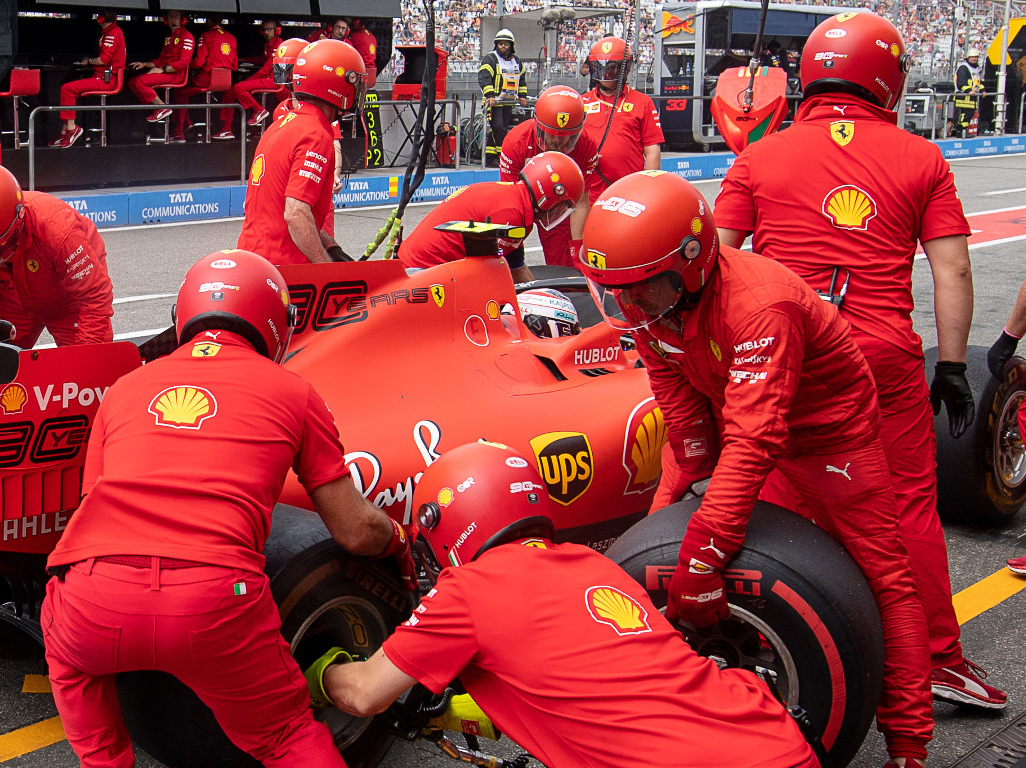 Michael Masi is new to the job so we’ll give him a bit of leeway but someone needs to tell him that his job isn’t to endear himself to the drivers, it’s to ensure their safety.

Since this year’s Austrian Grand Prix there has been a notable change in the attitude of the stewards, who have adopted a ‘let them race’ approach.

Masi, who took over from the late Charlie Whiting as FIA race director, insisted that the stewards were not being more lenient when questioned about it after the British Grand Prix.

“The ‘let them race’ philosophy’s been adopted all year, to be quite honest,” he told RaceFans.net.

“Yes there was some wheel-to-wheel action but [it’s the] same as it was previously and it’s been judged in exactly the same manner.”

In Sunday’s German Grand Prix, and by the end of the 64 laps lost in the continued epic drama, Charles Leclerc went wheel-to-wheel with Romain Grosjean – in the pit lane.

Ferrari released the Monégasque driver into Grosjean’s path, forcing the Haas to slam brake to avoid a collision.

That’s a penalty, just ask Max Verstappen and Red Bull who were handed a five-second penalty in Monaco when Verstappen was released into Valtteri Bottas’ path.

Granted, close to Bottas, Verstappen continued on his path and gave the Mercedes driver a whack.

But under the rules governing unsafe releases, you don’t get more unsafe than Ferrari putting Leclerc into Grosjean’s path.

It was a slam dunk penalty and yet the stewards opted not to penalise the driver, just the team.

A monetary fine was handed to Ferrari, likely the standard €5,000 fine, but we’re pretty sure Ferrari can afford it – even in the midst of their season’s troubles.

It was a bad call from the FIA as while we are all for drivers being free to race, racing in the pit lane is nothing short of dangerous.

As with the stewards clearing Verstappen of any wrongdoing in Austria when he punted Leclerc off the track as he overtook him for the lead, a lesson that Leclerc learned and put into effect at the next race at Silverstone, the perameters for what is permitted in the pit lane have now been adjusted.

F1 teams push the limits in every single thing, the last thing we want though, is them doing just that in the pit lane.