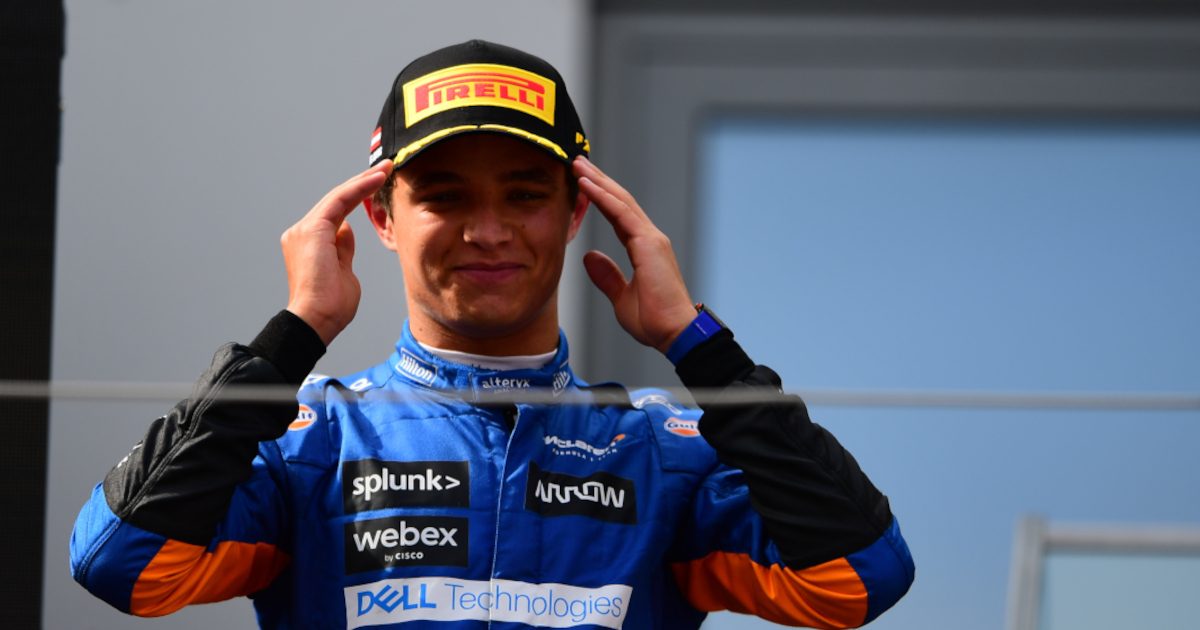 That McLaren are in a titanic struggle for third position in this year’s Constructors’ World Championship comes as no surprise.

But Lando Norris having contributed 113 of their 163 points very much does.

Not to say the Briton was perceived as a weak link at the start of the season. Quite the opposite, given his progression since his debut Formula 1 campaign in 2019.

However, if either McLaren driver was to score over two thirds of their total in the first 11 races, all the smart money would have been on Daniel Ricciardo.

Even though he only left Renault at the end of 2020, it is a measure of the Australian’s reputation in F1, especially being a seven-time race winner, that he was widely expected to waltz in to McLaren and start bossing a team-mate who is nearly 10-and-a-half years his junior.

However, the exact reverse scenario has unfolded and it does beg the question – where would McLaren be if Ricciardo was not struggling so badly?

Well ahead of Ferrari, you would have to imagine. It is not always typical of the Scuderia, but they have two drivers who are working completely in tandem to keep them right in the hunt for the bronze medal in the Constructors’ standings.

And how ironic that one of them is Carlos Sainz. It’s almost as though after leaving Woking for Maranello, he simply swapped orange for red and Norris for Charles Leclerc as his ‘bromance’ buddy, with everything else staying the same.

The Ferrari duo get along well and have notched up a similar amount of points so far – just like Sainz and Norris did as McLaren colleagues last year in particular.

Sainz, of course, chose to leave McLaren, who moved swiftly to bring in Ricciardo. But there is no question who has made the smoother transition to their new team.

“I think it’s the first time I’ve consistently found it difficult [in my career],” said Ricciardo about trying to adapt to the intricacies of driving the MCL35M.

“For sure, over the years you have bad weekends, and even you might have two bad ones on the trot, but then you kind of get it right.

“I feel like it’s been definitely more bad [this year]. That’s obviously been not always easy to take, but it is what it is.”

Although this is a review of McLaren as a team, for them, perhaps more than any other constructor, it has to be focused largely on the drivers.

Operationally, McLaren are like chalk and cheese from the dark days of a few years ago. They have two figureheads of contrasting personalities in Zak Brown and Andreas Seidl, but that dynamic seems to work well and the Mercedes engine which arrived this year has pushed them forward, albeit not in a huge way that would worry Mercedes and Red Bull too often.

But on its day, the MCL35M is super-quick to the point where Norris has been a contender for pole position on merit a couple of times, at Imola and in Austria.

And, let’s not forget, the 21-year-old has achieved three podium finishes this season, with his stats hugely impressive – the fact Norris is third in the Drivers’ Championship, ahead of the Mercedes and Red Bull second strings, is a huge reflection of his development as a racer.

“My confidence level, through a lot of different scenarios this season, has definitely gone up and it’s been very good for me, I think,” he said.

“There’s still some things I’m not super-confident in myself in. But compared to last season, compared to my first race in Formula 1, it’s a completely different level and I feel much better about it.”

A special moment in our season so far. 🌟

What, then, does the second half of the campaign have in store for McLaren?

The initial goal must be to get the better of Ferrari. It is absolutely a head-to-head scrap for P3 in the Championship with Alpine still 86 points behind even after their 1-4 finish in Hungary.

That target should also sharpen the resolve for Ricciardo to try and get fully up to speed, if at all possible, to ensure he is not continually lagging behind Norris and the two rivals clad in red.

The comfort for the 32-year-old Aussie is, of course, that the big regulation changes for next year could wipe the slate clean and offer him the opportunity to prove his class in an all-new car, but then neither would he want to look back on this as a ‘wasted’ year.

Finally, what about a race victory for Norris? Through no fault whatsoever of his own, he was back in the garage in his team civvies, media interviews complete, when Esteban Ocon, normally a midfield runner, was punching the air in jubilation after winning in Hungary.

We are sure Lando was happy for the Frenchman, but of the top 12 in the Drivers’ standings there are now only two that have yet to stand on the top step of the podium – Norris and Sainz.

Given their good-humoured relationship, there is bound to have been some banter between them about that.

It’s a definite turn-up that Norris has outperformed Ricciardo so emphatically this season.

But to see him end 2021 with a maiden F1 win in his pocket would be no surprise at all.