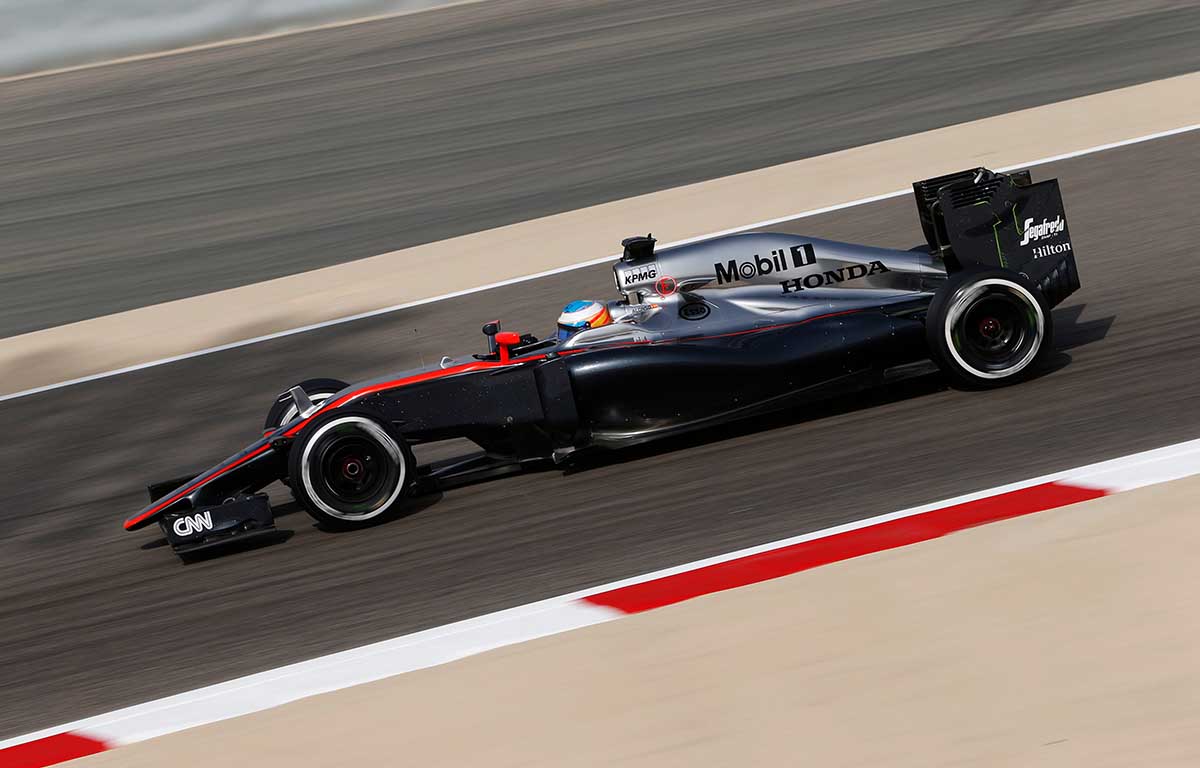 Now that McLaren have launched their 2021 challenger, let’s take a look back at their Formula 1 liveries throughout the turbo hybrid years.

Despite the rumour mill churning out suggestions McLaren were set to turn orange, the English constructor went with black and silver for the 2014 season.

It was the first year since the end to their partnership with Vodafone, and replacing them on the side of the car was SAP, while Mobil 1 took its place on the rear wing. 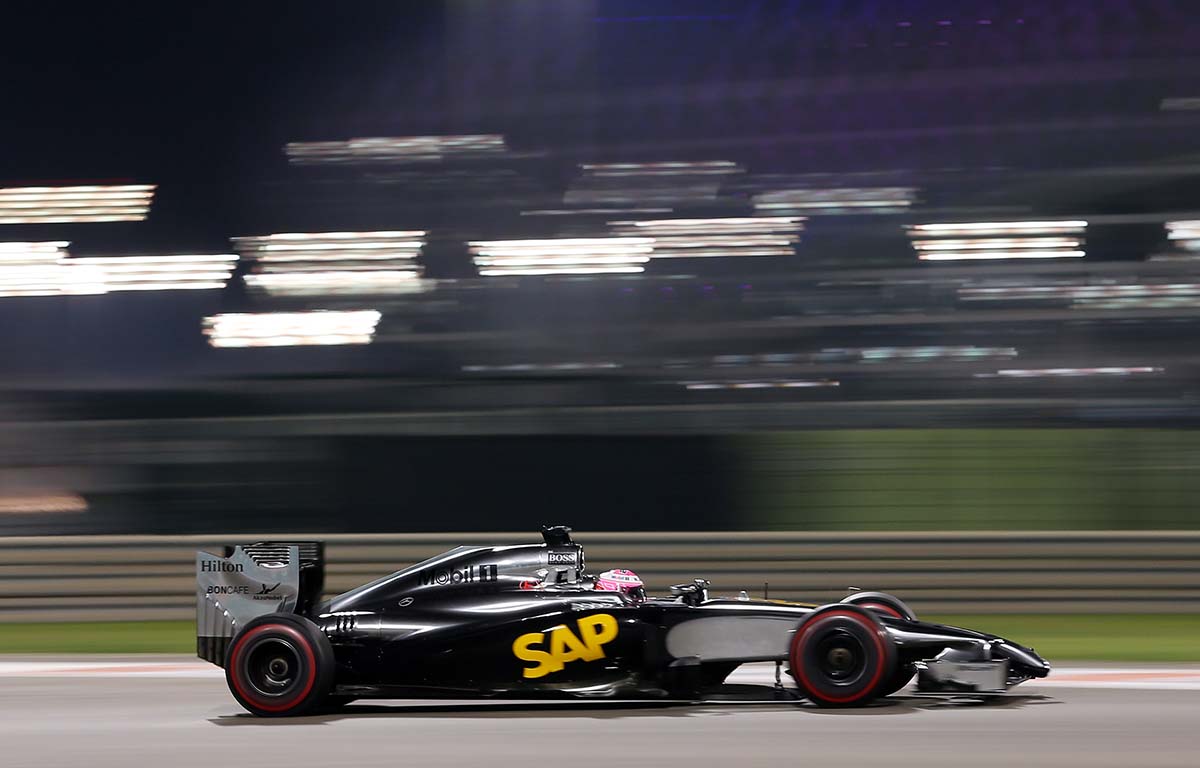 2015 was the first year in McLaren’s post-Mercedes era, as they teamed up with Honda, so when they revealed a livery still consisting of black and silver, there was quite a lot of criticism heading their way.

They took that on board and came up with a more dominant graphite shade of black/grey, with a striking red line heading down the nose of the MP4-30. 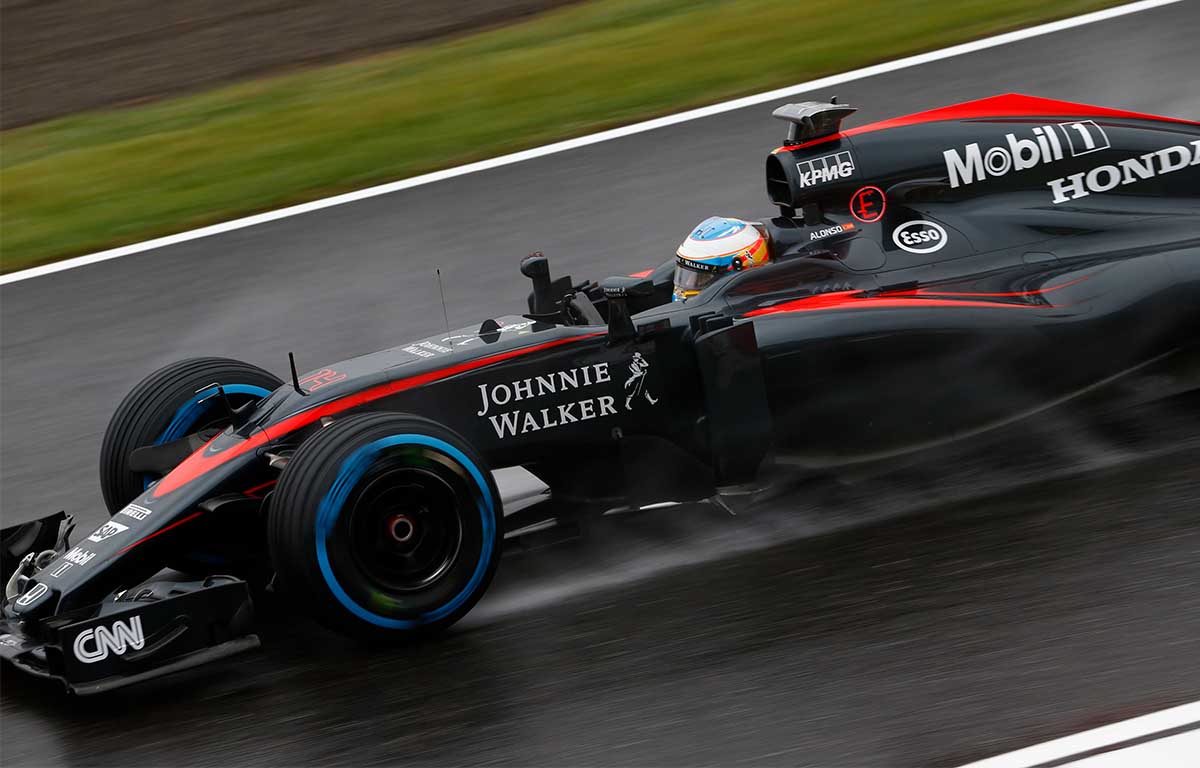 Formula 1 fans were much happier with McLaren’s second attempt at their 2015 livery, so for the most part they stuck with it heading into the new season.

The colours remained the same, with red patterns this side running down the side of the car, while the striped nose was no longer a feature.

Sensodyne was now the brand on the inside of the rear wing, with Mobil 1 placed directly under the car’s number on the nose. 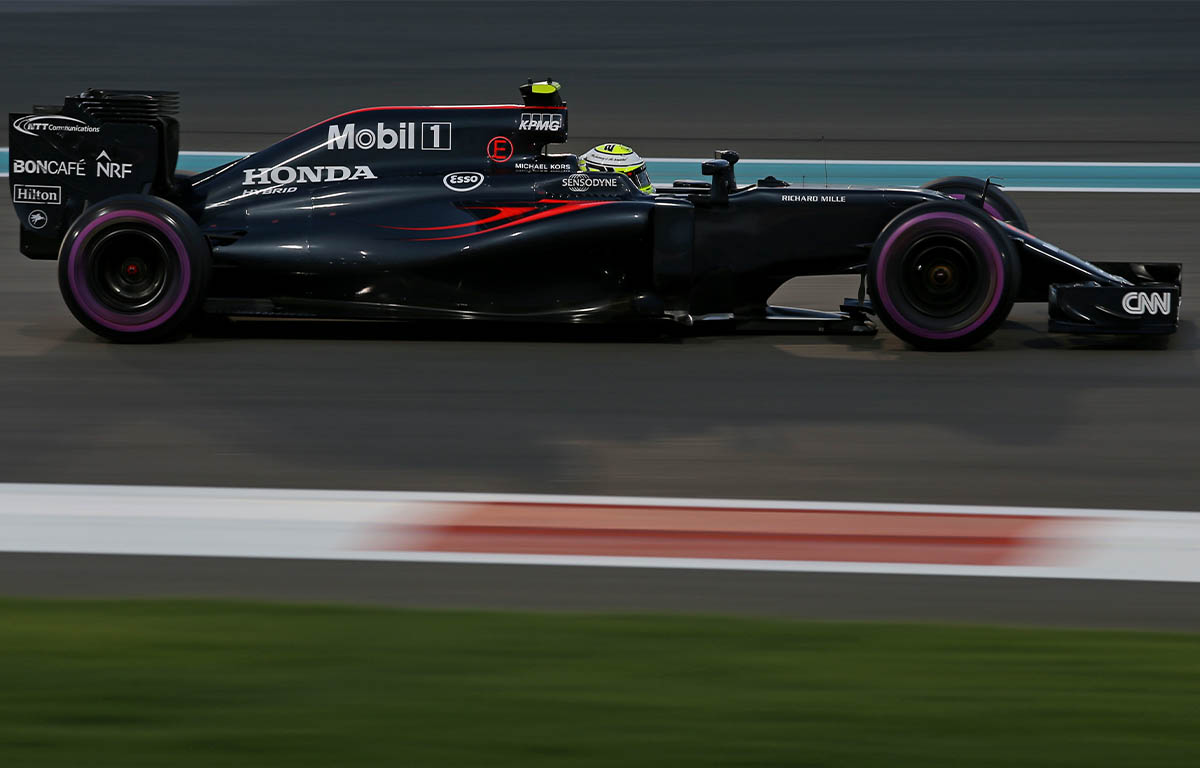 After lots of speculation and teasing, 2017 was the year that McLaren finally turned to orange for the first time since the 1970s.

Plenty had been waiting for its return, and despite some complaints that it was not the ‘right type’ of orange, it was still closer to the historic team’s roots than the monochrome of past years.

It wasn’t a fully orange challenger, though, with Zak Brown’s team opting to stick with black in places on the car called the MCL32, the first since ditching Ron Dennis’ MP4 prefix.

It felt like a historic moment when the orange of McLaren returned to the track, but it did not help them return to their former glories as they finished P9. 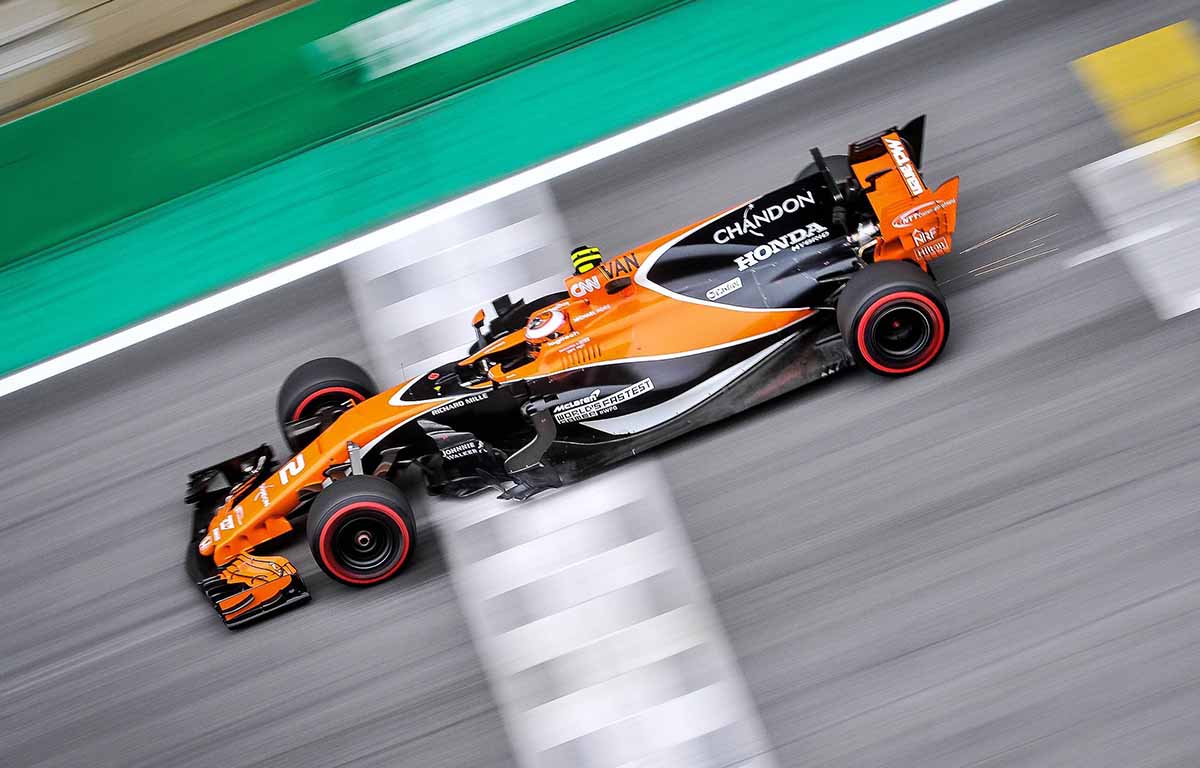 Their return to a mainly papaya-orange delighted all those fans who thought McLaren were not quite there in the 2017 season.

A major difference from the years prior was that this was now a car predominantly made up of orange – not having to share the stage with another colour, only shades of blue towards the back of the car.

There were also no big logos or sponsors on the side of the car, making it look like a bit of a blank canvas in truth, which did at least leave room for people to admire the colour which so many had waited for. 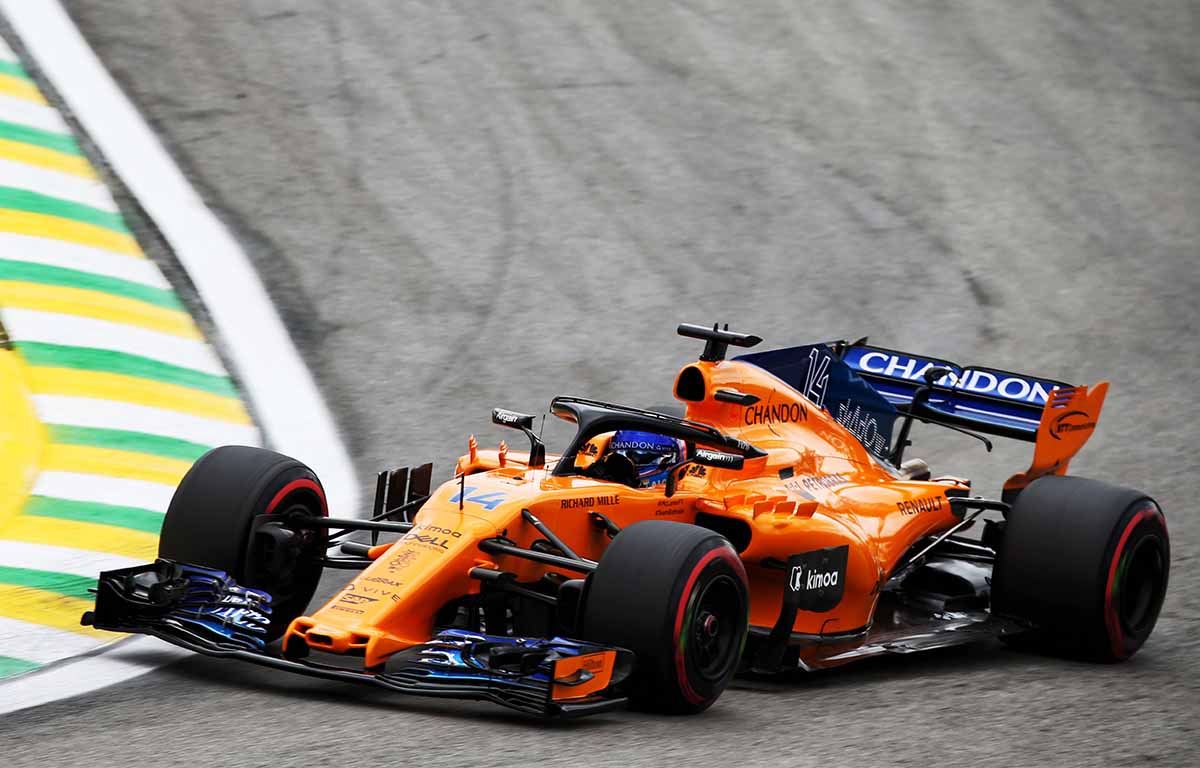 There were, however, shades of blue at the top of the car, and the MCL33 got an even brighter makeover in the final race of the season to mark Fernando Alonso’s last drive with the team. A blue, red and yellow pattern represented the colours of his home region, Asturias, on the engine cover. 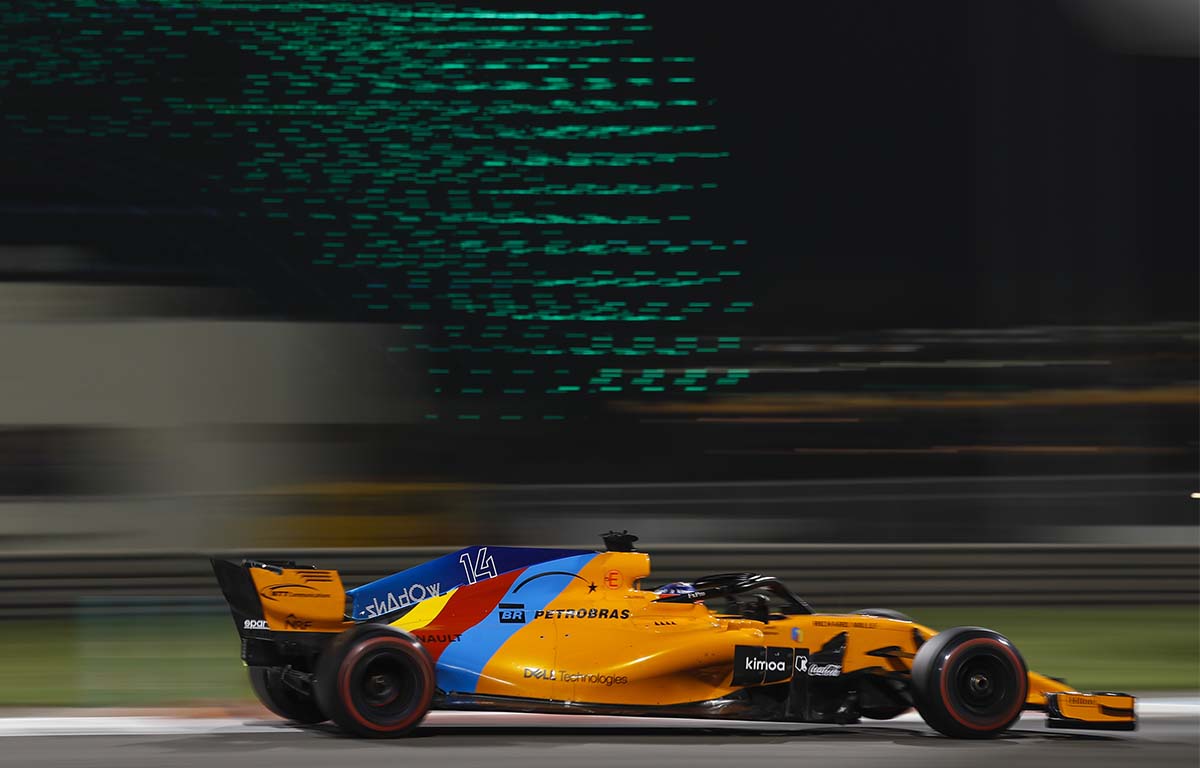 In their most successful season since 2012 with rookie Lando Norris now partnering Carlos Sainz, McLaren took to track in a beautifully designed car.

The shades of blue returned, but it felt like they were used with more purpose this time, covering the back of the car and transitioning into the orange with a smart triangle design.

FxPro was the sponsor to take residence on the front wing which had also adopted blue. 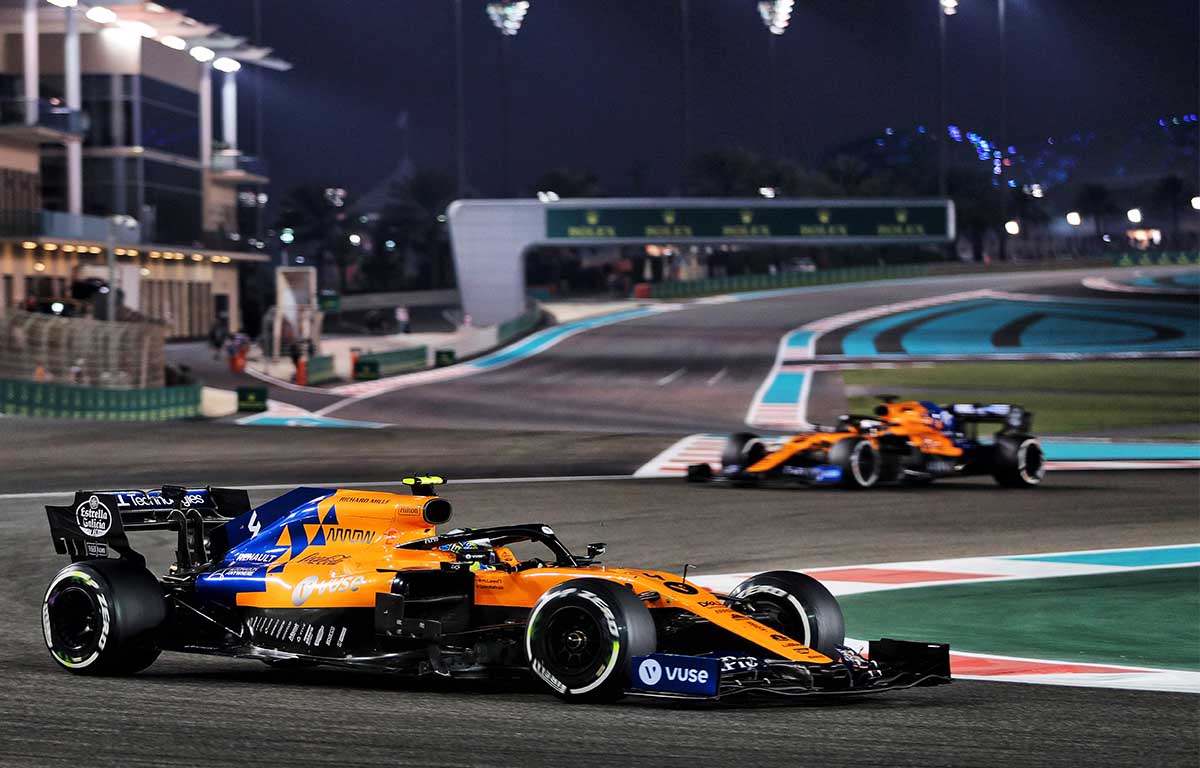 McLaren unveiled their MCL35 in February 2020, but after the season was delayed until early July, the car was redesigned in recognition of the #WeRaceAsOne campaign.

Additions to the livery included a rainbow flag along the halo, as a sign of “unity, solidarity and hope, while recognising those key workers”.

They also went with a matte finish instead of its former gloss, following in the footsteps of Red Bull and Ferrari. 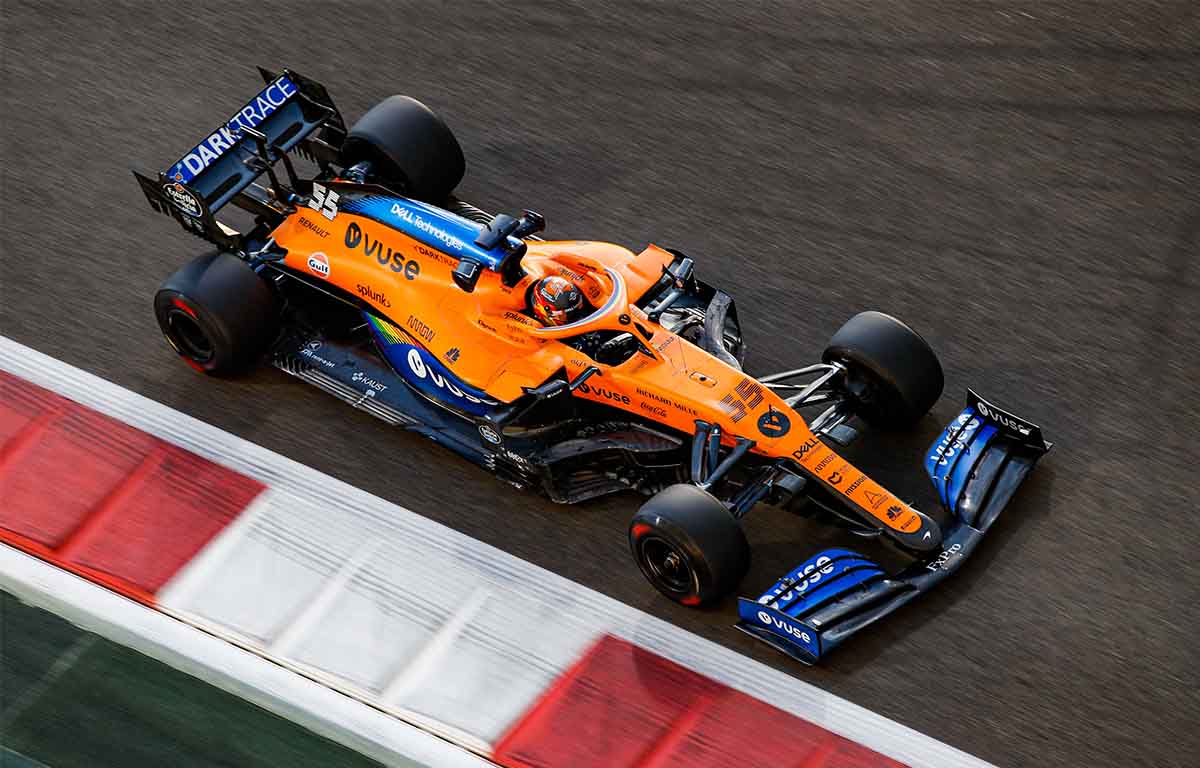 And here is the 2021 iteration…spot the difference! 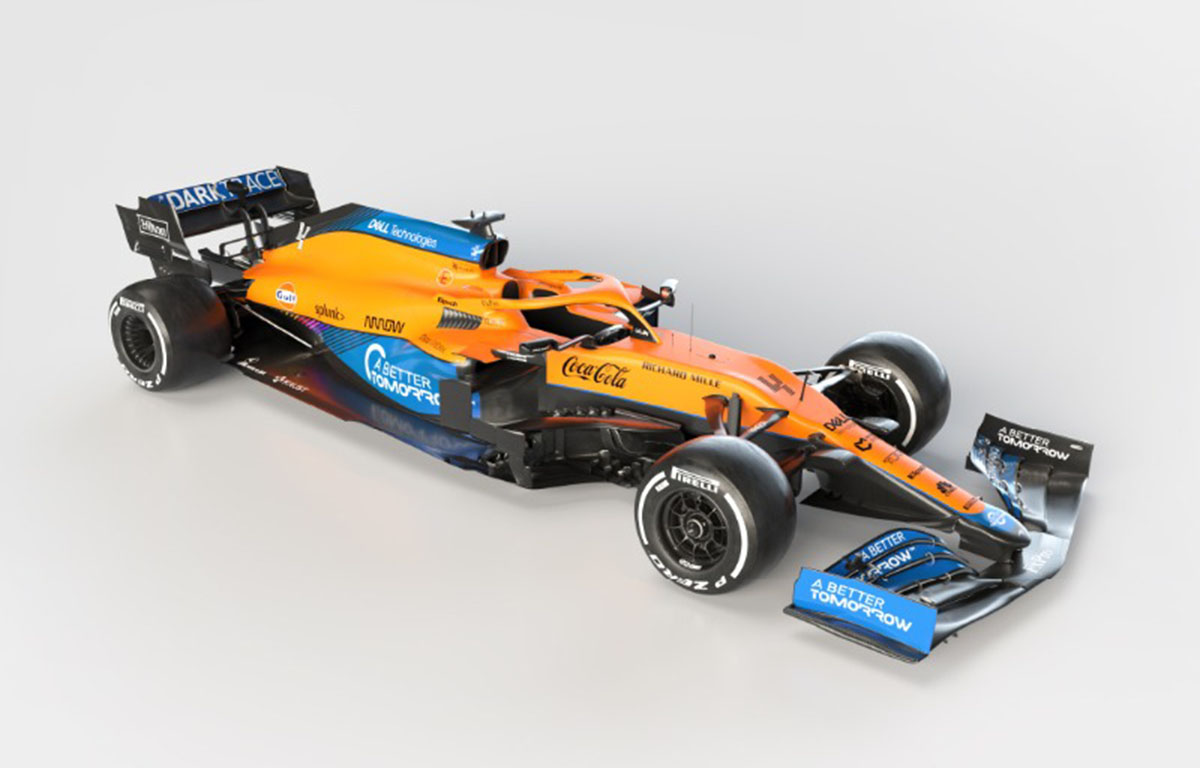