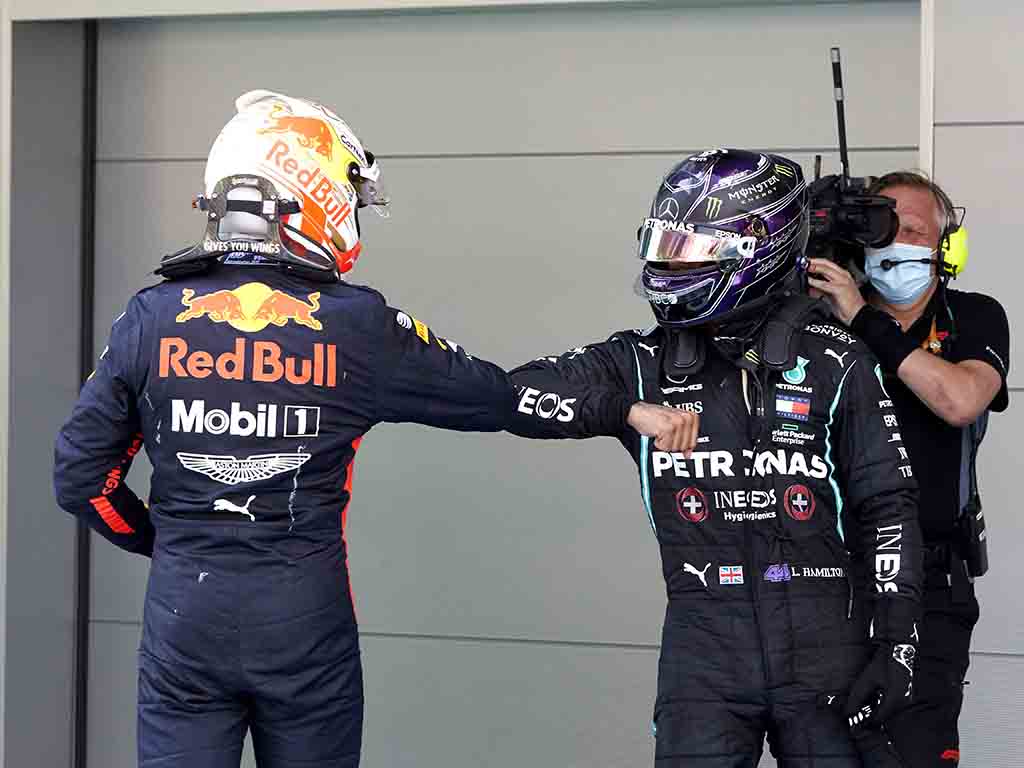 Nobody has been able to stop Mercedes in the turbo hybrid era and nobody will be stopping them in 2020, either. Why should we pretend otherwise?

We couldn’t help but roll our eyes and raise our eyebrows when we heard Mercedes boss Toto Wolff declare Max Verstappen “the favourite” to win on the eve of the Spanish Grand Prix.

Prior to Lewis Hamilton’s eventual Sunday stroll, Mercedes had won four of the first five races of the 2020 season and only self-inflicted tyre problems on both cars at the 70th Anniversary Grand Prix prevented that from being a clean sweep.

The average winning margin in those four races between the leading Mercedes and the nearest rival was 12.739 seconds and that average would have been even higher had Hamilton not had to limp home on three tyres at the first Silverstone race.

We are all desperate to see a competitive title battle and a plethora of drivers who have a realistic chance of winning individual races, but we are quite simply not at that stage of the cycle.

Pumping up the hype machine in the manner Mercedes did does not create excitement for fans come race day, it creates the complete opposite.

Many fans are obviously well versed with the Silver Arrows playbook, but the newer fans who are perhaps not privy to Mercedes’ ways would have been left feeling very short-changed as Verstappen crossed the finish line 24 seconds behind Hamilton.

Those plucky underdogs at Mercedes have done it again. #F1 pic.twitter.com/7O3FMEAzpk

The false predictions always run the risk of insulting the intelligence of the fans, so it begs the question: Why do Mercedes do it?

Well, it acts as a guard against complacency. The old adage goes that it is lonely at the top and the Silver Arrows just don’t have anyone else other than themselves for company.

They clearly crave competition in order to protect their winning mentality but it is actually painful that they are having to resort to creating fake rivals.

Whilst Wolff’s decision to “properly rub it in” to Christian Horner in the Circuit de Catalunya pit lane is a lovely bit of sh*thousing that we will always condone (you just know if the roles had been reversed, the Red Bull boss would have done the same), we cannot help but feel there was a lingering empty feeling celebrating such a hollow victory – similar to how Liverpool fans must feel when they beat Everton.

The golf claps that emerged from the Mercedes garage after they recorded yet another front-row lockout ahead of the Spanish Grand Prix was a better indication of just how tame the winning feeling is at the moment.

Instead of creating false hope and hype, Mercedes should embrace their greatness.

The more seasoned Formula 1 fan is well used to dominant eras in the sport and know it is up to the other teams to try to get to their level and even those who have a strong dislike for Mercedes can, if they search deep enough, begrudgingly appreciate how they have been able to consistently push the boundaries.

If there isn’t excitement to be found at the very top of Formula 1, those watching will look for it further down the order until they can see a real, genuine title challenger themselves.