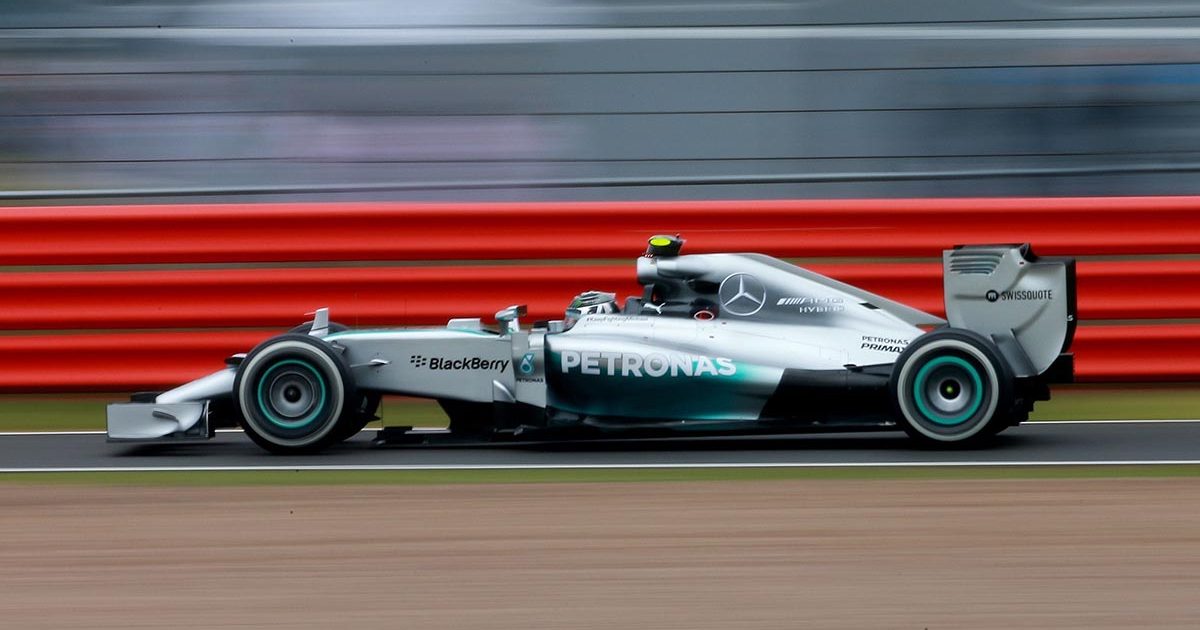 Following the launch of the Mercedes W12, we took a look back through all of their car liveries during the turbo hybrid era.

It was all change on track with Mercedes cruising to victory in 2014 with Lewis Hamilton and Nico Rosberg securing a 1-2, and it was all achieved in a car not too dissimilar to its predecessor.

During the season, they made very minor tweaks to their launch car, but unsurprisingly their familiar silver was kept and well received.

The black parts of the car, though, were also a nice defining feature on the engine cover which showed off a large Mercedes-Benz logo. 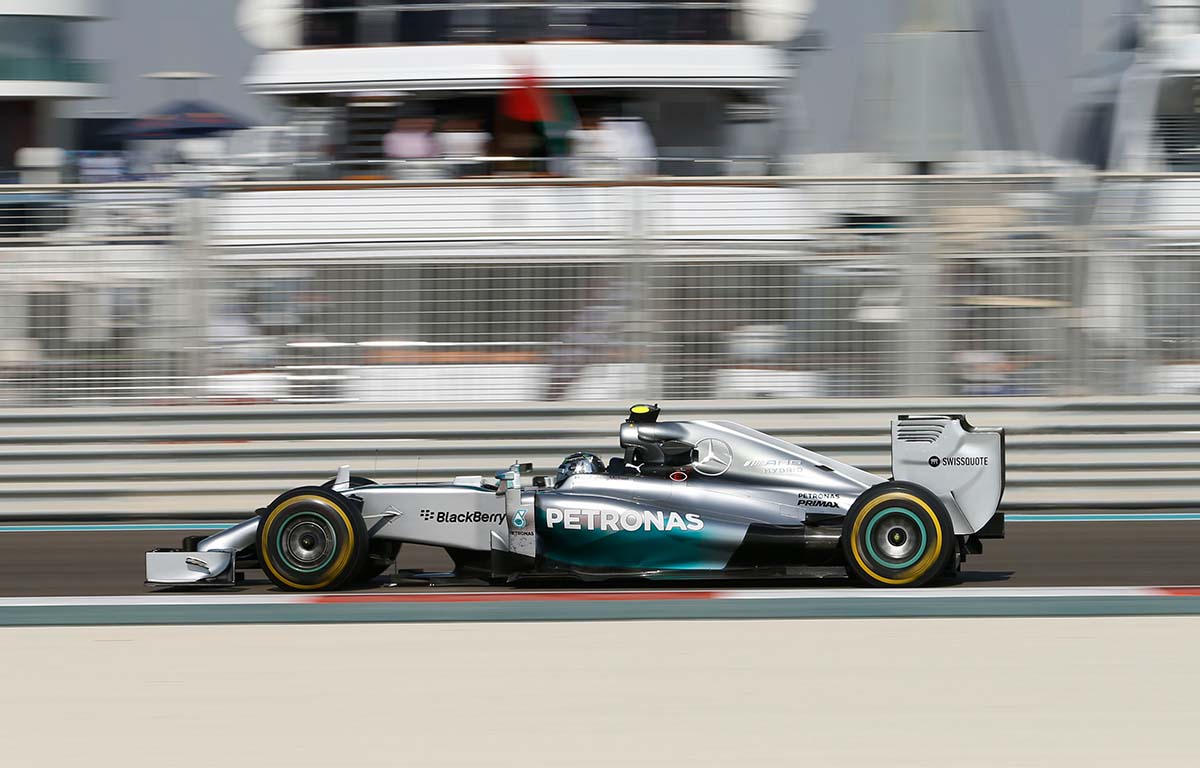 Given the slight adjustments they made during the 2014 season, there was very little change when the W06 was unveiled.

Epson was added a sponsor to the rear wing endplate, while the turquoise on the sidepods had been altered to work completely as a background for the Petronas logo, whereas previously it had hovered underneath. 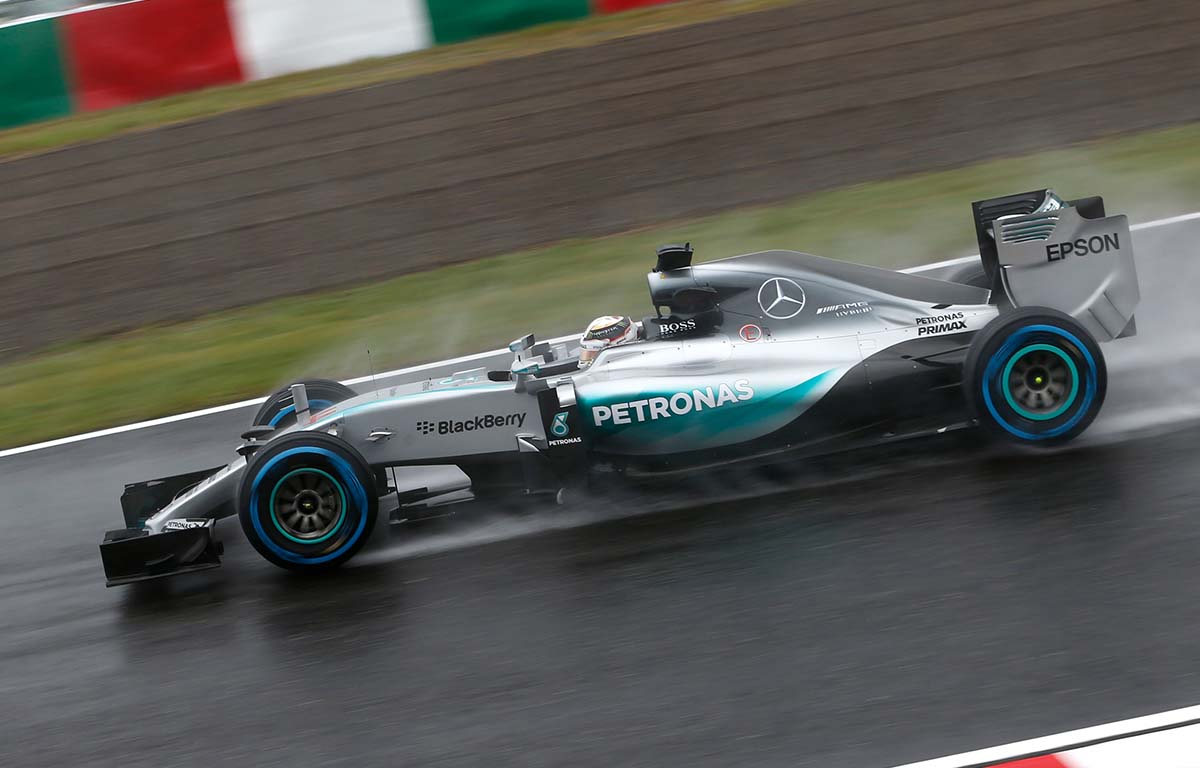 Again, Mercedes stuck to what they knew with the silver, black and turquoise palette, but this was arguably their best-looking yet.

The use of black on the side of the rear wing made the car much more striking, while the transition from silver to black on the engine cover was very effective.

Turquoise now ran from behind the front tyres down along the body of the car into the sidepods. 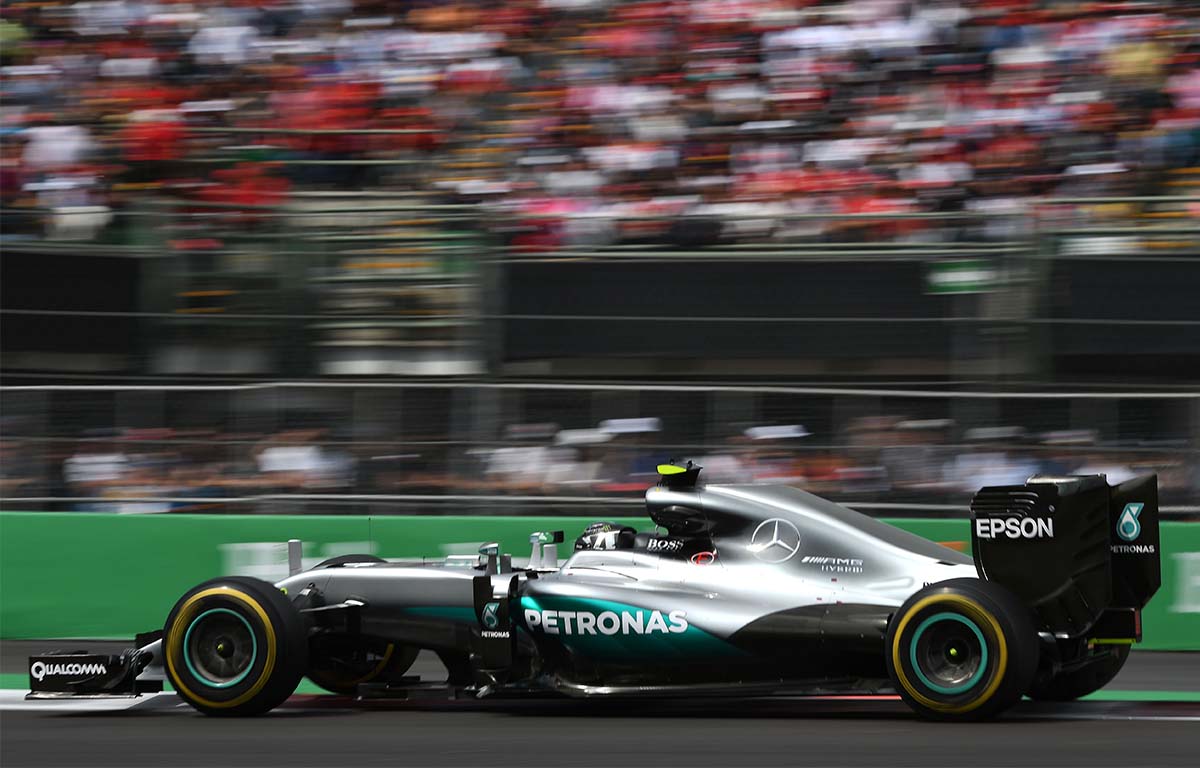 Not dissimilar to its competition, when the W08 was launched we saw a wider and lower challenger, streamlined for aerodynamic purposes.

While the car had a different look to it, the livery itself was relatively similar to the year prior, with one of the minor alterations again being the turquoise, this time stretching along the side of the car longer than ever before.

The numbers at the rear of the engine cover were also a very nice addition, as well as the drivers’ national flags as per Lewis Hamilton’s British flag below. 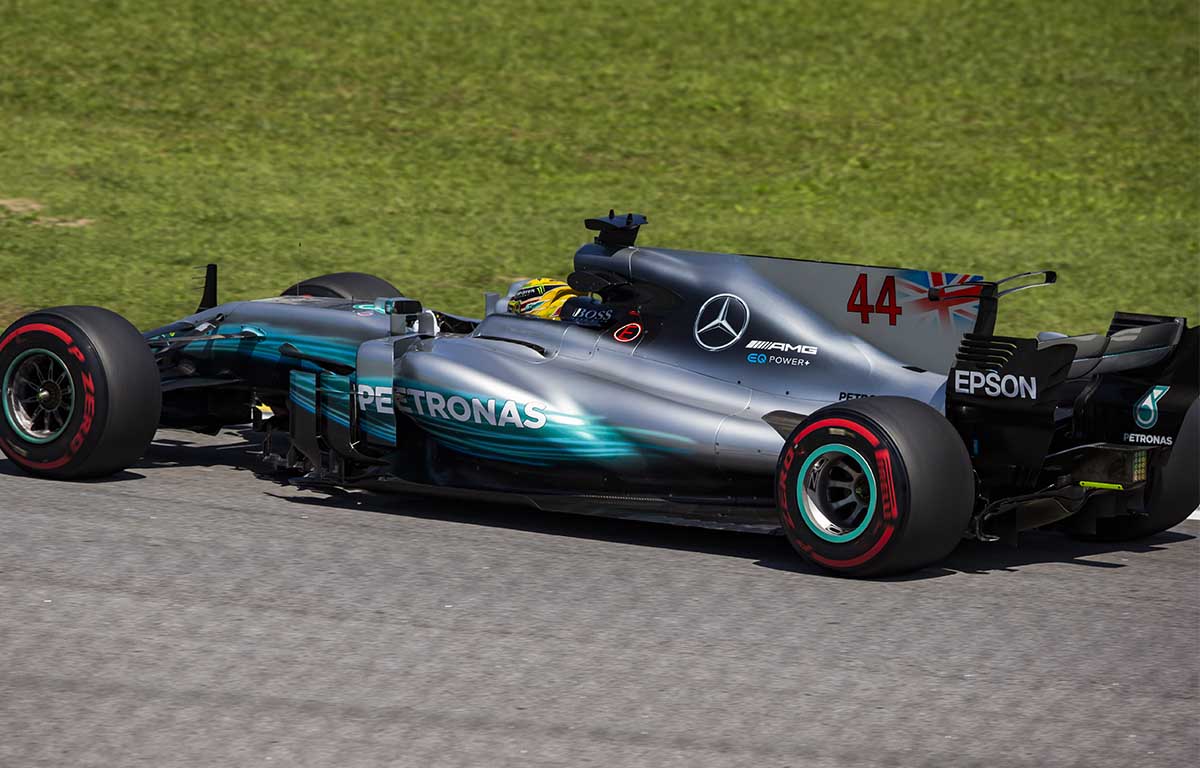 Again, let’s talk about that turquoise. Its actual volume was decreased on the W09, with it being largely reduced to just individual stroked lines, which arguably makes it look more striking, really emphasising the shape of the car.

Black was also used more sparingly, or certainly the shade of black was toned down anyway. 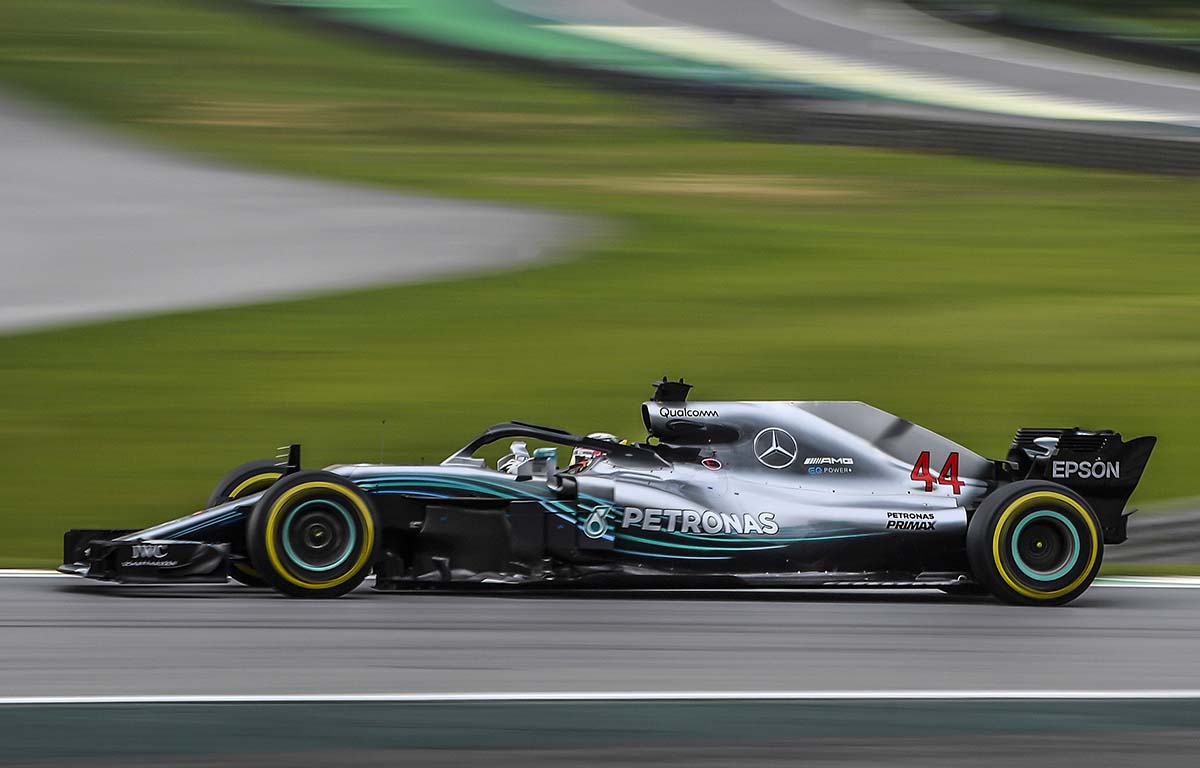 In 2019, Mercedes found a whole new way to utilise the same colour scheme on a car which went down very well with supporters.

The sport’s new front wing was looking good on the W10 with a turquoise glow, while the rear of the car had gained an almost spotted arrowed pattern on top of the black/silver gradient.

Mercedes also stuck with their numbers, this time going for a simple but effective white instead of their previous blue or red. 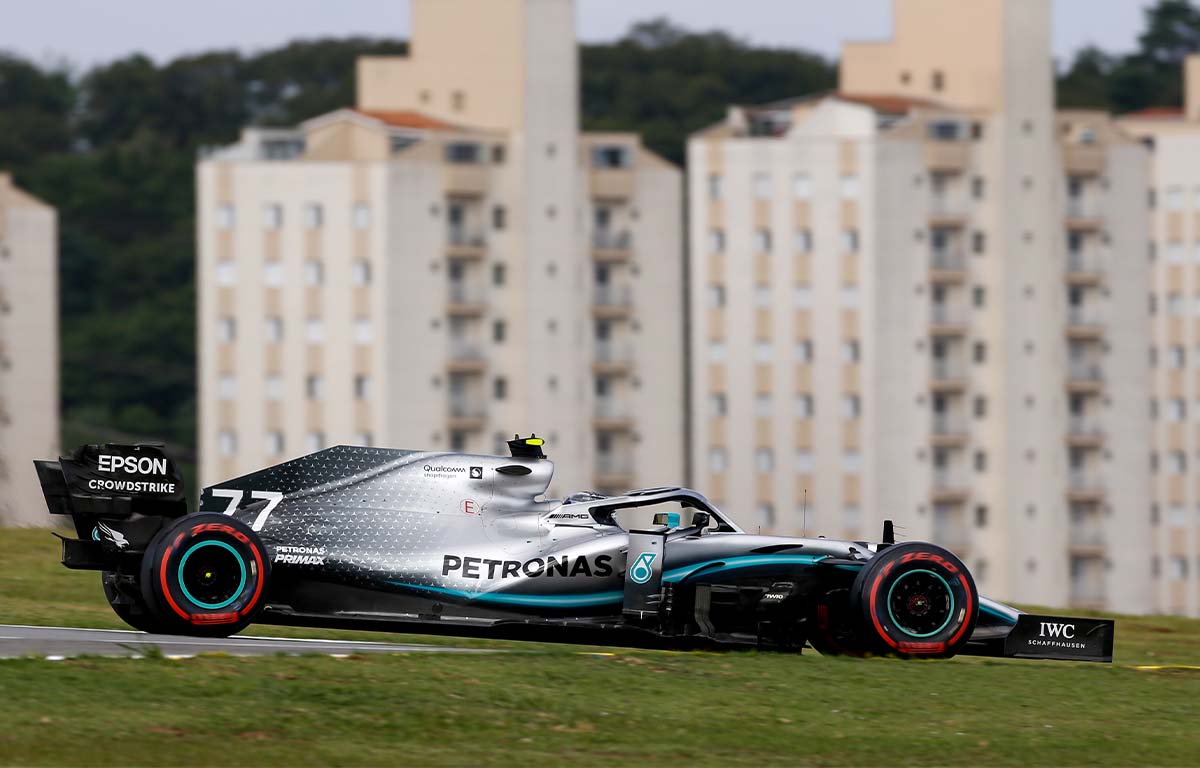 Now aiming for a seventh consecutive championship double on track, Mercedes launched their W11 challenger which was largely the same as in 2019, but with a surprising tint of red.

That car never made it to a grand prix, though, as the season was postponed due to the coronavirus outbreak, and once the campaign did eventually get underway, Lewis Hamilton and Valtteri Bottas were treated to an all new-look car.

Mercedes made a bold statement in ditching their traditional Silver Arrows look in favour of a black livery, in support of fighting racism and all forms of discrimination.

Its message was vital at a defining moment in history, and they used it to produce what was a fine-looking challenger. 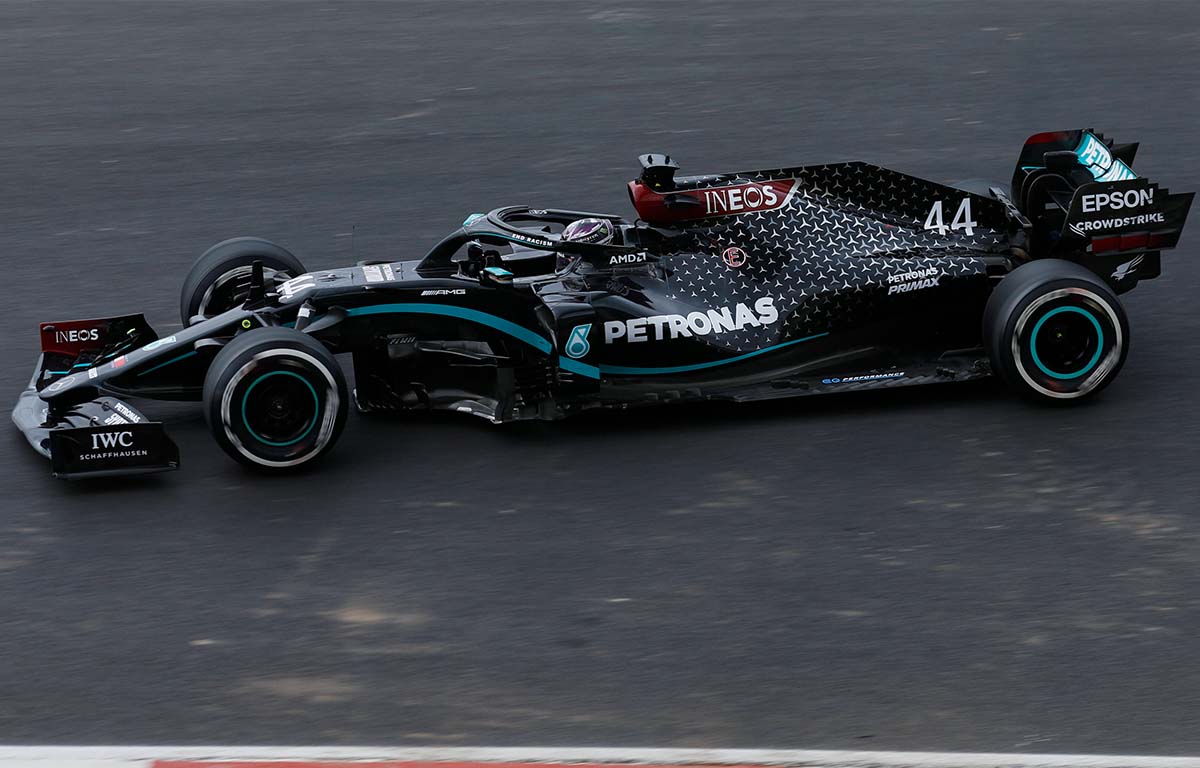 The black colour remained on the 2021 challenger but was joined by a sliver of the traditional silver again for the W12. Mercedes also significantly increased the presence of their AMG brand with the white lettering replacing the mini Silver Arrows which adorned the W11. 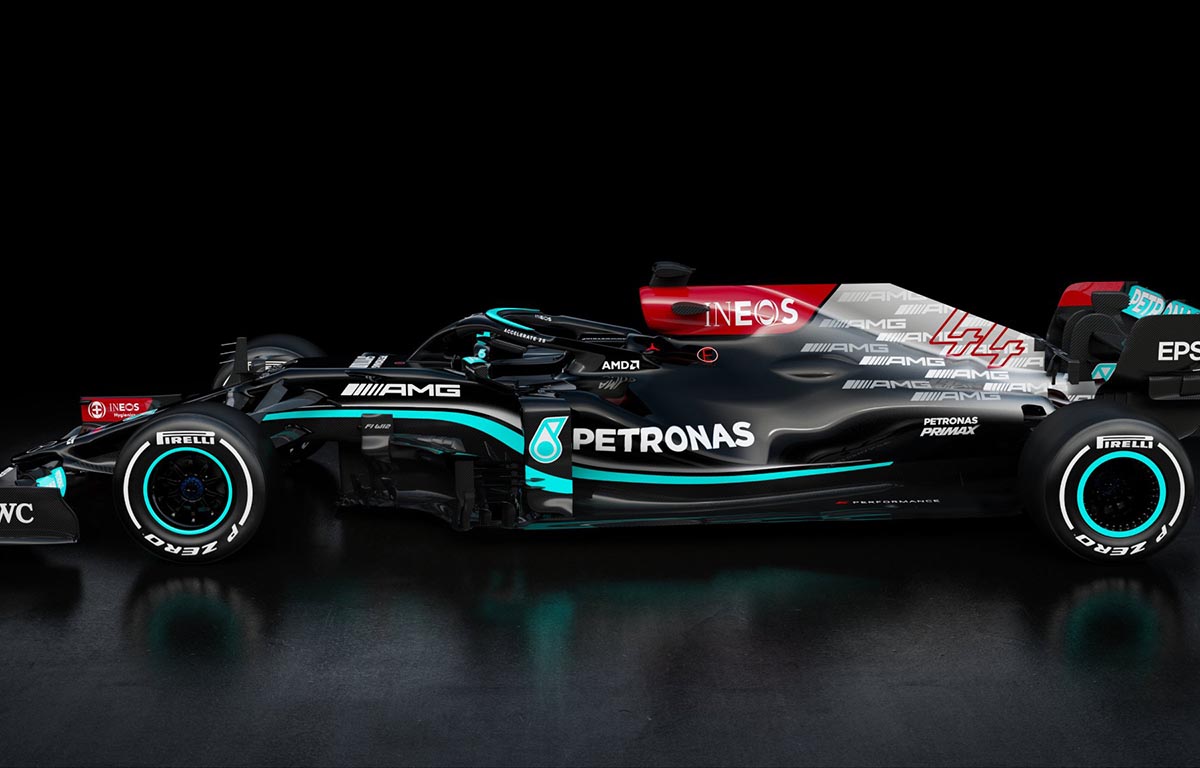