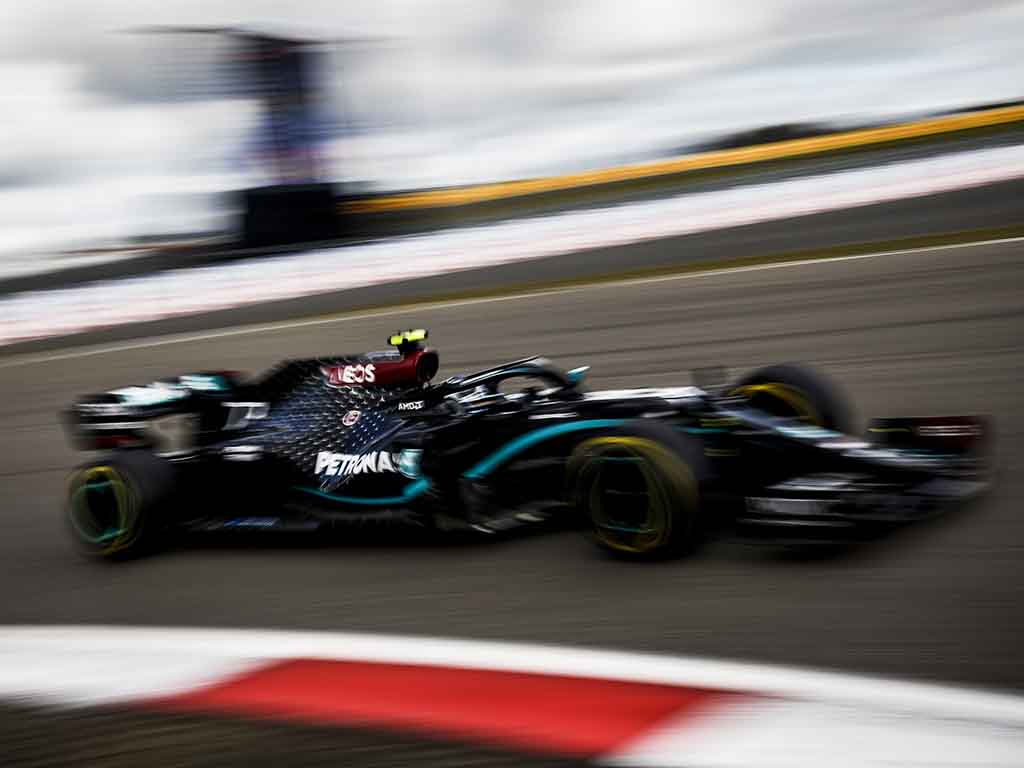 Mercedes could wrap up their seventh straight Constructors’ title at the Portuguese Grand Prix if events go in their favour.

While Red Bull’s fight in both the Drivers’ and Constructors’ Championships realistically fell apart after Max Verstappen’s back-to-back DNFs at Monza and Mugello, for the first time in 2020 Mercedes have the chance to guarantee themselves the 2020 Constructors’ title.

If Mercedes take a one-two finish and bonus point for the fastest lap at the Portuguese Grand Prix, then Red Bull must score five points at the event in order to mathematically stay in contention.

If the Silver Arrows finished P1 and P3, then they would be champions if Red Bull failed to score any points.

It’s all set up then to be a fascinating contest as Formula 1 hosts its first Portuguese Grand Prix since 1996. Jacques Villeneuve won the most recent Portuguese GP when it was held at Estoril, but now the honour goes to the Algarve International Circuit as we move on to the latest guest addition to the 2020 schedule.

Based in the town of Portimao, Faro in southern Portugal, this 2.915-mile track, featuring 14 turns, was part of a €195 million project which also includes a karting track, technology park, five-star hotel, sports complex and apartments.

It’s well known for its fast, flowing corners, meaning it will be a real physical test for the drivers.

Formula 1 heads to this venue from another unscheduled destination, that being the Nurburgring, and in very chilly conditions Verstappen took the fight to Mercedes on Saturday, though was unable to really threaten eventual Eifel GP winner Lewis Hamilton in the race.

What it did do though is give us hope. Only in 2009 has Formula 1 visited the Algarve International Circuit, that being for an unofficial test, so there is absolutely no data to study on modern-day Formula 1 cars.

So that hopefully should play into the hands of Verstappen and also Hamilton’s team-mate Valtteri Bottas.

The Finn looked mighty in qualifying at the Eifel GP, taking pole over Hamilton by 0.256s, but it all fell apart in the race with an MGU-H failure forcing Bottas to retire not long after he had locked up and gifted the race lead to his team-mate.

With that disappointment the momentum Bottas had taken from his win in Russia vanished, and the gap in the Drivers’ Championship is now 69 points in Hamilton’s favour.

Bottas is asking for a miracle to stay in the title fight, and simply he can’t afford anything less than victory in the Portuguese GP.

Another driver who has lost momentum and seemingly returned to square one is Alex Albon. When the Red Bull man scored his first podium finish with P3 at the Tuscan GP, pulling a wonderful overtake on Daniel Ricciardo to achieve it, the signs were encouraging that Albon had finally broken through that mental barrier.

But that it seems was merely a false dawn, and the Thai driver attracted widespread criticism for his showing at the Eifel GP, especially after complaining over team radio that Pierre Gasly was racing him too hard.

Red Bull have never shown the amount of patience with a driver that they are doing with Albon, and he really needs to start delivering as the team move closer to their deadline for finalising the 2021 line-ups.

Sadly the midfield pack is a dangerous place for Albon to get lost in, because as of late Renault and Racing Point have really stepped it up a notch.

Ricciardo recorded Renault’s first podium finish since returning to the sport and his first since Monaco 2018 with P3 at the Eifel GP, while Sergio Perez made it back-to-back P4 finishes.

With Renault now no longer a “hit or miss” outfit in Ricciardo’s words, while Racing Point have found consistency again, it means that the established top three of Hamilton, Bottas and Verstappen have a very hungry pack of drivers behind them with their eyes on a podium should one of them slip up.

McLaren have now lost P3 in the Constructors’ standings to Racing Point with the team picking up only 10 points across the last two races, those coming courtesy of Sainz’s P5 at the Eifel GP.

The gaps are very small, McLaren sit in between Racing Point and Renault, four points behind the former and two clear of the latter.

But there is a big difference in prize money between P3 and P5, so none of those three teams can afford to mess up now with the Portuguese GP marking round 12 of 17 this season.

Bellow them Ferrari are slowly being cut adrift and are looking over their shoulders at AlphaTauri in P7.

Charles Leclerc has kept their tally ticking over with three points finishes in a row, P7 at the Eifel GP being the latest in that streak, but Sebastian Vettel hasn’t scored a point since the Tuscan Grand Prix and looked all out of sorts around the Nurburgring, suffering a costly spin behind Kimi Raikkonen early in his home race.

Rumour has it that AlphaTauri’s Pierre Gasly is eyeing a Renault seat, rather than stepping back up to Red Bull if that bridge is indeed burnt.

He’ll be looking to build on a solid P6 at the Eifel Grand Prix, while team-mate Daniil Kvyat is fighting for his future as Formula 2 star Yuki Tsunoda continues to be linked with his seat for 2021. 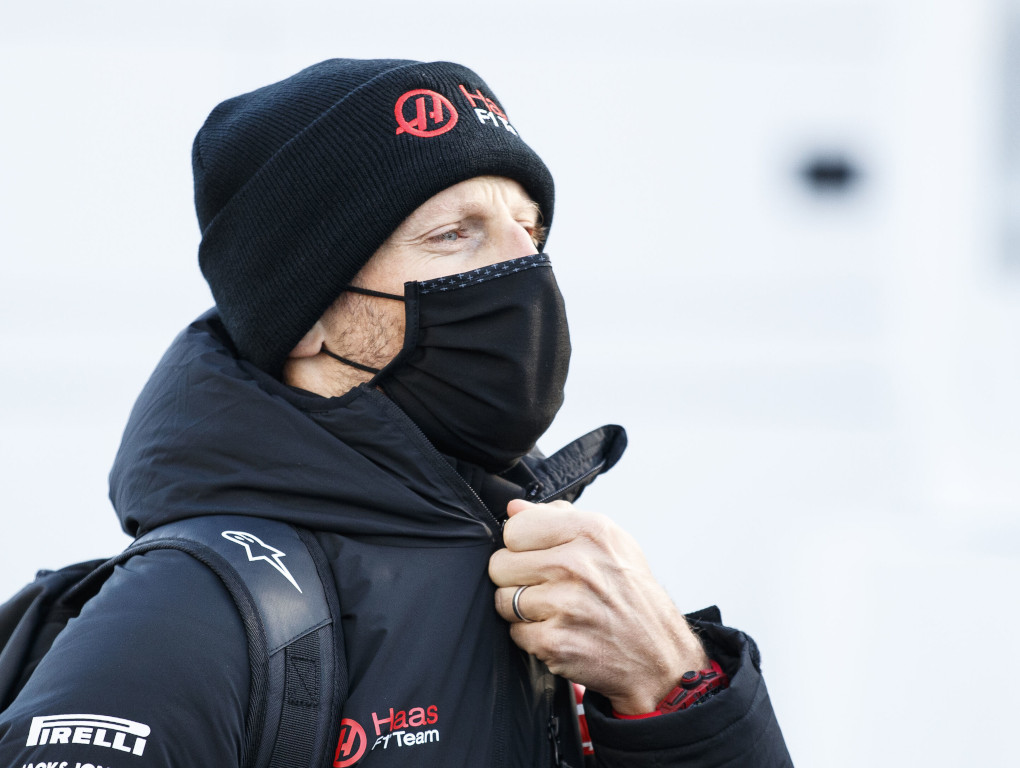 Haas finally added a few points to their total as Romain Grosjean crossed the line P9 at the Nurburgring, taking him onto the scoreboard for 2020 at long last.

Team boss Guenther Steiner made it clear though that the result didn’t have much of an impact on Haas’ upcoming decision on their driver line-up for next year, so all Grosjean can do is deliver another strong performance at the Portuguese Grand Prix to keep asking the question.

But it seems Kevin Magnussen is set to be shown the door at Haas, while Nikita Mazepin is reportedly set to sign a two-year deal with the American team.

With Grosjean now out of the zero club, that means only Williams remain in it, though George Russell felt he was robbed of a chance at points after Raikkonen took him out of the Eifel Grand Prix.

Perhaps sunny Portugal will prove a happier hunting ground for the Briton?

In making his 323rd race start at the Nurburgring, Raikkonen became the most experienced driver in Formula 1 history, not that he cared.

But with young blood in the Ferrari Academy snapping at his and team-mate Antonio Giovinazzi’s heels for a 2021 seat at Alfa Romeo, the Portuguese GP and all remaining rounds for that matter are critical.

Alfa Romeo hope to reach a decision on their 2021 line-up before the end of the month.