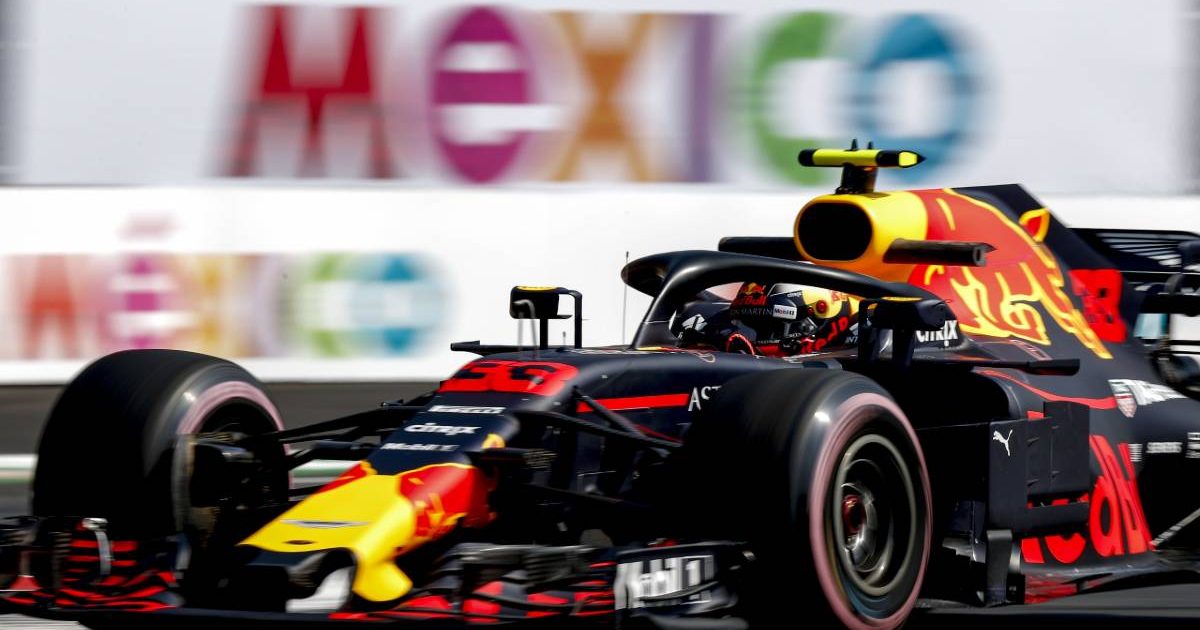 Max Verstappen’s United States Grand Prix victory was potentially pivotal in the World Championship – and now he heads to one of his happiest hunting grounds.

The Mexican Grand Prix was the first Formula 1 race the Dutchman won twice, in 2017 and 2018, sandwiched in between a pair of triumphs for his current title rival Lewis Hamilton.

With a 12-point lead in the Drivers’ standings after holding off Hamilton in such nail-biting fashion in Austin, a third triumph at the Autodromo Hermanos Rodriguez for the Red Bull driver would be another significant step towards wresting the crown from the Briton’s grasp.

And in terms of where swings in momentum might occur, as they have done all season, the last two legs of the three-race autumn American phase are expected to suit Red Bull.

Their Honda engine appears to work better at high altitude than its Mercedes equivalent and so with the weather set fair – sunny each day of the weekend, with air temperatures in the early 20s – Verstappen is the odds-on favourite to win again in Mexico City.

That venue and Brazil a week later offer strong opportunities to move further clear in the championship before the campaign concludes in the Middle East where, even though two of the last three circuits are complete unknowns, Mercedes may just have an advantage.

It's Race Week 🙌 @MercedesAMGF1 are headed to the Autódromo Hermanos Rodríguez 🚥
Did you know that @ValtteriBottas holds the current #MexicanGP lap record at 1:18,741 minutes since 2018? 😎💙#WeLivePerformance #MercedesAMG #MercedesAMGF1 pic.twitter.com/1uoHyr6AX1

Round 18 is also important for Red Bull as it is the home race for Sergio Perez, whose form has taken a recent upturn with back-to-back third places in Turkey and the United States.

Hamilton, meanwhile, has the prospect of another engine penalty hanging over him, if Mercedes feel his existing pool of power units cannot be relied upon to make it through to the end of the season without what could be a crushing mid-race failure.

A DNF may be a killer blow, says Toto Wolff, and it is possible a fifth engine could be installed in Mexico – Hamilton’s team-mate Valtteri Bottas is already on to his sixth, having served engine penalties at three of the last four races.

But will Red Bull and Mercedes have things all their own way in the Mexican capital? The race, like Austin, returns to the schedule after being cancelled in 2020 due to the pandemic, and it was Ferrari’s Charles Leclerc who was the last driver to occupy pole position there.

That was only because Verstappen, who had qualified fastest, received a three-place grid penalty for failing to slow down sufficiently under yellow flags – but it would not be a huge shock if Leclerc started on the front row again, or even captured pole, this time.

Ferrari are improving with their upgraded engine to the point where they have become favourites to finish third in the Constructors’ Championship ahead of McLaren, having cut their deficit to just 3.5 points.

Even McLaren’s Andreas Seidl admits his team could be powerless to resist the Scuderia, whose team principal Mattia Binotto is particularly optimistic for Mexico.

“I am happy with the progress I have seen in the last few races and they give me some confidence for the next races, especially in Mexico where we will be racing with maximum downforce on a track that is less sensitive to power, so the gap from Mercedes will be smaller,” he said.

“I can say the Mexican track will be more favourable to us than the Austin one.”

Considering Leclerc started and finished a solid fourth in the US, that suggests a Ferrari podium may well be on the cards.

After a one year absence, we are back in Mexico 🇲🇽

Leclerc extracted himself from the battle between his team-mate Carlos Sainz and the two McLarens at the Circuit of The Americas, where Daniel Ricciardo gave further evidence that he is finally getting to grips with the intricacies of the MCL35M at a crucial stage of the season.

Deep in the midfield, it would be fair to say no team has really covered themselves in glory over the last few races and three of the four A’s – Alpine, AlphaTauri and Aston Martin – will all be looking for more impressive performances in Mexico than they have been producing.

Pace is never a problem for Pierre Gasly, but AlphaTauri’s ability to put everything together on race day as well as in qualifying does remain an issue.

It would be no surprise to see the Frenchman start in the top six in Mexico, as he has so often this year, but nothing has really gone right on a Sunday for Gasly since the Dutch Grand Prix – even when he finished sixth in Turkey, that was two places lower than his grid slot.

However, there have been signs of improvement from his team-mate Yuki Tsunoda, even on circuits unfamiliar to him, and the penny may be starting to drop for the Japanese 21-year-old after a difficult debut campaign.

Alpine and Aston Martin have both had their moments this year, but also probably now reached the stage where they want 2021 wrapped up as quickly as possible in the hope that 2022 and the new regulations will give them a new lease of life.

The main priority in the last five races for Alpine will be holding off AlphaTauri for fifth place, but all of the other positions in the Constructors’ standings look unlikely to change now barring any highly unexpected results.

One driver who does still have something to race for is Antonio Giovinazzi, for whom the breakdown of Michael Andretti’s proposed takeover of the Alfa Romeo team may yet be something of a lifeline.

The seat alongside Valtteri Bottas remained vacant at the time of writing, although the most likely probability is that team principal Fred Vasseur will fill it with a Formula 2 racer in Guanyu Zhou or Theo Pourchaire.

Williams’ excellent run of results from Hungary through to Russia with points in four out of five races appears to have come to an end, but they should still have the measure in Mexico of a Haas team who are running out of time to get off the mark.