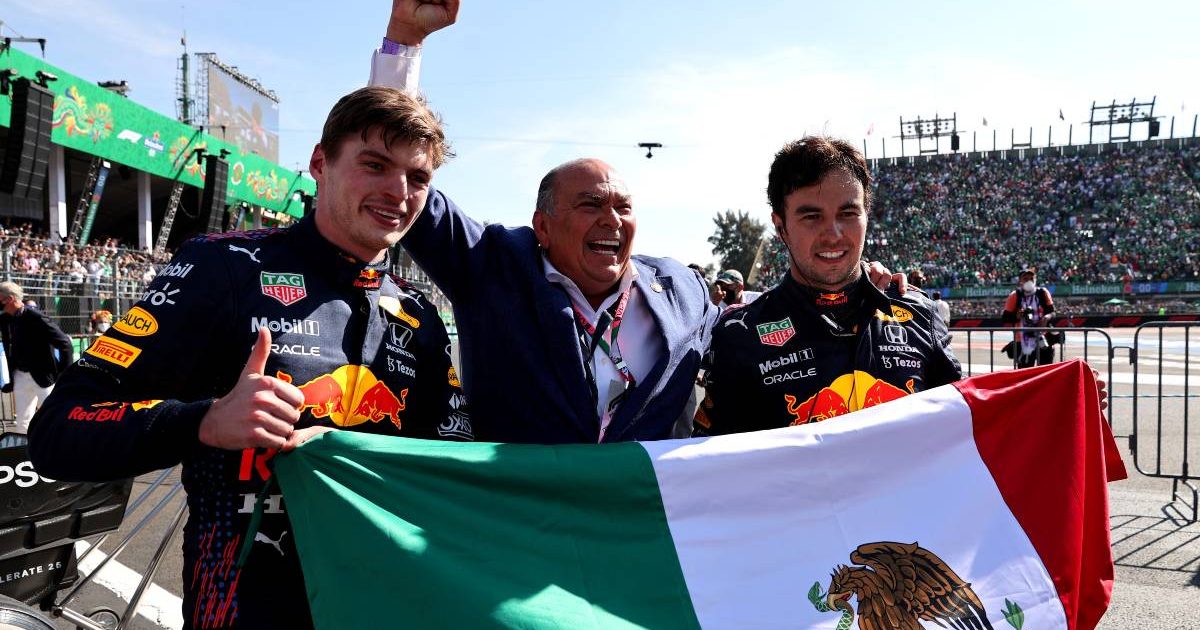 Despite starting in P3, Max Verstappen was in control from Turn 1 onwards as he stretched his World Championship advantage to a commanding 19 points.

Here are our conclusions from a Mexican Grand Prix that delivered a near-perfect result for Red Bull and the typically boisterous, Sergio Perez-adoring crowd.

After qualifying, Red Bull must have feared their expected edge in the high altitude of Mexico City had disappeared. But that would have been reckoning without Max Verstappen’s brilliance under braking at the opening corner.

Allowed room on the outside into Turn 1, the Dutchman needed no second invitation to dive ahead of Valtteri Bottas – who appeared more concerned with letting his team-mate Lewis Hamilton get ahead of him up the inner line.

From then on, it was all too obvious that the Red Bull was quicker than the Mercedes and there were never any concerns for Verstappen that he would be clinging on at the end, as he had to in Austin a fortnight earlier under pressure from Hamilton.

The seven-time World Champion acknowledged after this race that Red Bull had been “half a second” per lap quicker and was unsure why, but the altitude had to be at least part of the explanation.

Red Bull can boast an impressive record in Mexico and Brazil due to how far the circuits sit above sea level and despite what had happened in qualifying, when Mercedes locked out the front row as their main rivals made a rare mess-up, the altitude factor appeared to make the difference again – as it had been predicted to.

We said after the United States Grand Prix that Austin could prove pivotal in the championship fight and Mexico further endorsed that view, with the title increasingly becoming Verstappen’s to lose.

"Their pace, it was just unbelievable today, and there was nothing I could do to battle that – and when you’ve got Checo on your tail, then you know the car is quick.”#MexicoGP 🇲🇽 #F1 https://t.co/TgCyzg9f14 pic.twitter.com/vqmBwLuIYZ

Hamilton took a while to climb out of his car after the race and there were clear signs he was dispirited, not only post-race but also during FP3 on Saturday when he had been six-and-a-half tenths of a second adrift of Perez.

“Six-and-a-half tenths?” the Briton had asked with emphasis over the team radio, and in the 71 laps of the grand prix it quickly became clear that qualifying had merely been an outlier in terms of relative performance between Mercedes and Red Bull.

It was almost like there was an air of resignation in Hamilton’s body language that his crown may be slipping, but there are still 107 points available to each driver and two brand new circuits among the four remaining that could yet turn things upside down again.

“These guys are obviously too fast for us”, said Hamilton over team radio – and there was no dissent to that statement from Pete Bonnington.

There is also another potential engine penalty hanging over Hamilton but whether that materialises or not, he knows he and Mercedes are now in a position where they can no longer afford anything to go wrong.

Checo close to his best

As Perez closed in on Hamilton to try and give Red Bull a perfect one-two result, the thought “is this Checo’s best ever race?” came to mind.

In the end, as his challenge flattened out in the closing stages and he had to settle for third, it became less easy to justify the notion that the Mexican had produced an absolute career-peak performance on the perfect occasion.

After all, he is a two-time race winner within the last 12 months. But even so, this was a drive that confirmed Perez is now delivering just what Red Bull need from him on a consistent basis.

It may have taken him some time to get there, but better late than never – especially with the Constructors’ World Championship on the line.

A couple of races ago, it was looking as though the titles might be divided, Verstappen being ahead in the Drivers’ while Mercedes had a healthy lead in the Constructors’.

Now, Red Bull are only one point behind – and a significant part of that has been down to Perez getting his act together with three consecutive third places, whereas Mexico was the latest chapter in Valtteri Bottas’ bad luck story. Another race where everything that could go wrong did go wrong for the Finn.

But for the darling of the Mexican crowds, a driver who got stronger as 2020 went on and sealed his Red Bull opportunity with that Sakhir victory, there should be more moments to savour this year.

🇲🇽 Great pace today and all weekend. I had to slam the brakes at the start to avoid the incidents on track, but from then on my pace was really solid. We swapped places to go for Gasly, but in the end we changed them again. P3 in the Constructors’!

It seemed as though the first cracks in Carlos Sainz’s latest team-mate bromance might be starting to appear when Charles Leclerc was asked to obey team orders.

Faster on fresher tyres as he ran behind his team-mate, the Spaniard was given the chance to chase fourth-placed Pierre Gasly – a decision met with what sounded like nothing more than a grunt and a bit of huffing and puffing from an apparently unhappy Leclerc.

“Charles is doing a lot of mistakes to keep me behind, I think,” said Sainz over team radio.

In the end, it proved to be a fruitless exercise as Sainz could not catch the AlphaTauri and they swapped the places back, but it was not an episode the Monegasque will look back on fondly.

It was a strong day on the whole for Ferrari as their P5 and P6 finishes were much better than the P10 and P12 achieved by Lando Norris and Daniel Ricciardo for their direct rivals McLaren, putting the Scuderia ahead by 13.5 points in the chase for third position in the Constructors’ standings.

Leclerc and Sainz have dovetailed nicely all season and are separated by just 8.5 points, but there are two ways of looking at the impact made by the man who arrived from McLaren this year.

Sainz has more than justified being brought in as the replacement for Sebastian Vettel due to his excellent contribution and self-confessed “wonderful” relationship with his colleague.

But could that be in danger of starting to crack if Leclerc, who had been tipped to establish himself as team leader, now finds himself having to move aside for Sainz, regardless of whether there was a clear pace disparity or not?

It may be premature to suggest as much and this may have been just a sensible decision with two drivers working in tandem, but also it may well be a situation to keep an eye on between now and Abu Dhabi.