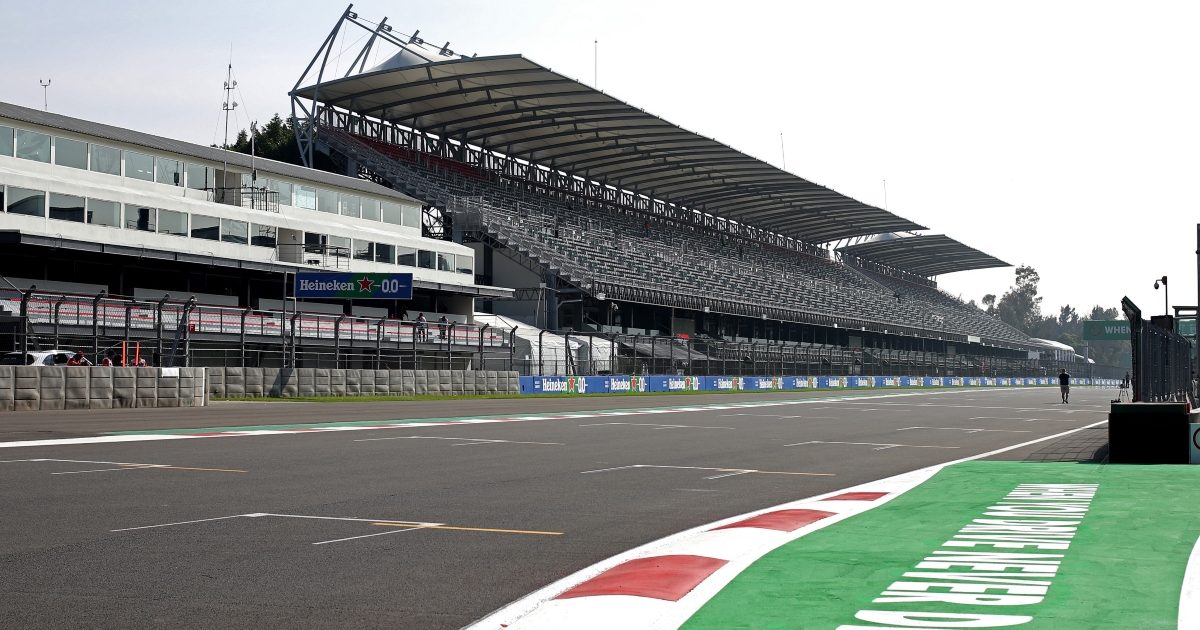 Next up on the calendar is a race where both title contenders have enjoyed success in the past, the Mexican Grand Prix.

Max Verstappen moved a step closer to sealing his first World Championship last time out with a win in Austin and now heads south of the border with a 12-point lead over Lewis Hamilton.

There was precious little to choose between the drivers and their teams at the Circuit of The Americas, with the Dutchman crossing the line just over a second ahead of the Brit on race day.

If history is anything to go by, the battle could well be equally as close in Mexico City, where Red Bull and Mercedes have both been strong in the past, as have their lead drivers.

Where does the 2021 Mexican Grand Prix take place?

The Autodromo Hermanos Rodriguez, built in 1959 is located in southeast Mexico City, within the public park of the Magdalena Mixhuca Sports City.

It first hosted an official Formula 1 race in 1963 and 19 more have taken place there since, with it returning to the calendar in 2015 after being absent for just over 20 years.

The race has proved a popular addition to the schedule since then, with an electric atmosphere being created by the packed grandstands and some thrilling racing being produced on track.

The circuit is 4.309km long and consists of 17 corners in total, with the final one – the peraltada – being particularly famous. The main straight meanwhile is one of the longest on the calendar, with cars hitting speeds of around 230mph on it.

Some huge moments have taken place at the track in recent times, with Lewis Hamilton securing titles there in 2017 and 2018.

Where can I watch the 2021 Mexican Grand Prix?

You can watch all the action from Mexico City live with F1 TV Pro. Please check to see if it is available in your country.

Subscribers to the official F1 app can access live data throughout the race weekend and listen to radio commentary there on race day.
PlanetF1 will carry live timing and expert commentary on every session, with coverage beginning 30 minutes before each practice and qualifying, and one hour before the race.

The Mexican Grand Prix will be shown live on TV on the following outlets in other key markets:

What is the starting grid for the 2021 Mexican Grand Prix?

What are the odds for the 2021 Mexican Grand Prix?

Here are Planet Sport Bet’s latest odds on the winner of the Mexican Grand Prix:

What is the weather forecast for the 2021 Mexican Grand Prix?

As is usually the case for the race in Mexico City, it looks like things will remain dry throughout the weekend, with fairly high temperatures.

Directions to the Mexican Grand Prix

For those travelling to the race by air, the nearest airport is Benito Juárez International Airport, Mexico City’s main travel hub. From there, the circuit can easily be reached by metro or taxi.

Those are also the best options for those heading to the track from the city centre, with no car parking available at the circuit itself.

The track is sectioned into colour-coded zones and you’ll have to enter through the correct gate to access yours, which is rather unique on the Formula 1 calendar.

Can't wait to be back in Mexico City 🙏❤️ pic.twitter.com/9CqbyUzBF9

There have been 20 Mexican Grands Prix since the first one went ahead in 1963, and 15 drivers have tasted victory there, with five doing so twice.

It has proved to be a strong circuit for British drivers with Jim Clark, Nigel Mansell and Hamilton all managing to win there twice. Clark actually has three to his name but the first of them, in 1962, wasn’t an official championship race.

Therefore, if Hamilton wins this time around, he’ll officially become the event’s most successful driver, but the same can be said for his title rival, Verstappen, who triumphed there himself in 2017 and 2018 before Hamilton got back to winning ways in 2019.

Alain Prost is the only other driver to have won there more than once.

Winners of the Mexican Grand Prix since it’s return are as follows:

Full standings can be found here.

Like at the last race in Mexico City and this season’s most recent round, the United States Grand Prix, Pirelli are bringing the three compounds in the middle of their range to the race weekend: the C2, C3 and C4 tyres.

This will make the C2 the hard compound, the C3 and medium and the C4 as the soft on a track that the Italian company think will be smoother on the tyres than the Circuit of The Americas was.