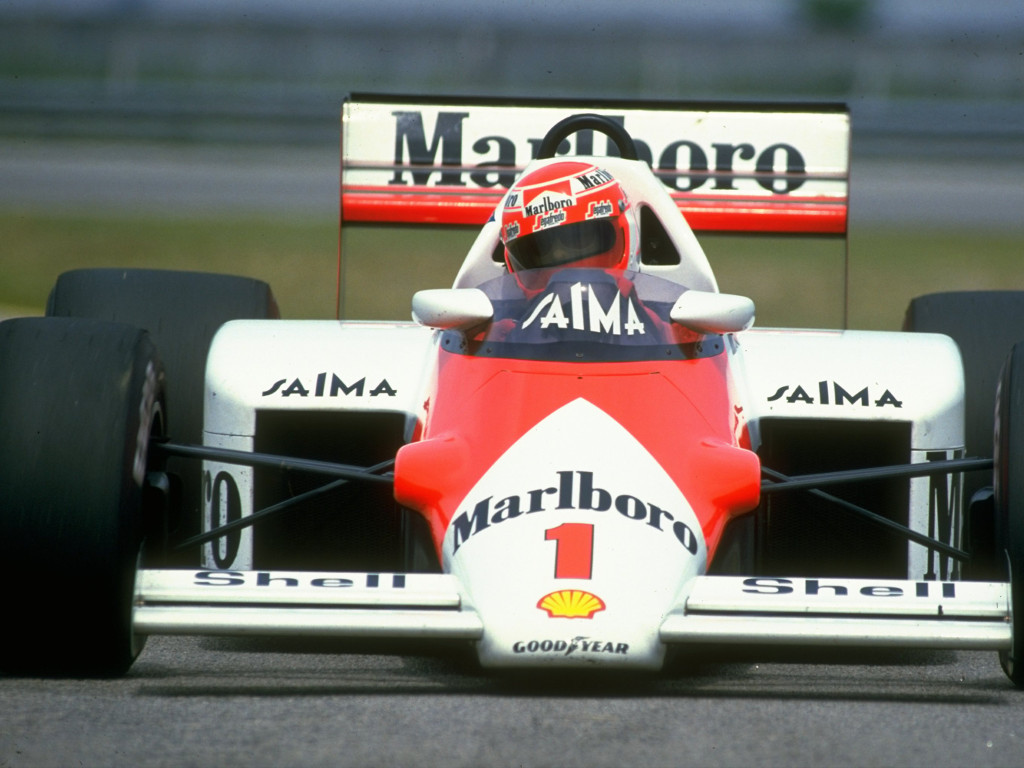 Niki Lauda left behind a legacy in Formula 1 matched by few, if any.  The Austrian won three titles  and put in many stunning performances over the course of his career. These are, in our opinion, his top five…

By the time Lauda managed to secure his first full-time Formula 1 seat at BRM, he was over £100,000 in debt. He had made his way through the classes with bank loans, and now desperately needed to succeed. Things weren’t looking good for the Austrian four races in with three retirements to his name. Thankfully, this changed in Belgium.

The surface of the Zolder track had been resurfaced a week before the race due to complaints from drivers. Many still weren’t happy, but the race went on as planned nonetheless. The drivers’ complaints proved to be justified when it became clear that the surface was taking huge damage from the cars. One clean racing line emerged, and the drivers had to stay on it – and off the treacherous marbles – if they wished to finish the race.

Lauda did so excellently and was running in P4, having started P14, when he had to pit with two laps to go for petrol. He emerged one place down and would’ve surely reclaimed P4 had the race been a lap longer but instead had to settle for fifth.

Still, his performance showed the Austrian’s precision and control for the first time on the big stage and convinced BRM to give him a steady salary. Most importantly, it impressed his team-mate Clay Regazzoni, whose recommendation to Ferrari months later would lead to Lauda getting a drive with the Italian outfit.

Lauda had enjoyed an impressive first season at Ferrari in 1974, finishing P4 in the standings with nine poles and three wins, including Ferrari’s first since 1972. He wanted to go one better and win his first World Championship in 1975 though.

He endured a disappointing start to the season, however, and by the time he arrived at Monaco, he’d yet to get a podium or finish higher than P5. It quickly became clear that this would change in the streets of Monte Carlo though, as he put in a stunning lap to get the all-important pole position. With the Ferrari being so quick and Lauda having track position, an easy win looked likely.

The race began in wet conditions and Lauda got away well, building a solid lead. With chaos consistently ensuing behind, Lauda continued to drive flawlessly at the front, creating a nearly 20-second gap to the second-placed Fittipaldi. Things got more difficult for the Austrian with a few laps left though as he encountered an oil pressure issue. Nevertheless, in typical Lauda fashion, he remained calm and calculated to drive just fast enough to remain two seconds clear when the race reached it’s two-hour limit and ended. This victory would prove to be the springboard for Lauda to win his first World Championship.

This list is in chronological order, but if we had to rank them, this would undoubtedly be number one. Lauda was absolutely dominating the 1976 season and well on course to win another championship when he endured a horrific crash at the German Grand Prix. He suffered severe burns and internal damage, having to undergo life-saving surgery. Most were certain that, if he survived, his career would be over, let alone his season.

And then he showed up at Monza, 42 days later, ready to race. He was still wearing bandages on his face and had to wear a modified helmet to minimise the pain. More important than his physical state though, was his mental state. Years later, in his book, he admitted to being terrified all weekend. You wouldn’t have been able to tell though, as he qualified P5, ahead of the two other Ferraris of Regazzoni and Reutemann, the latter being the man Ferrari had brought in to replace him.

The race was even more remarkable. After an understandably cautious start in which both of his team-mates passed him, he began to get more confident with each lap he completed. He had dropped down to as low as P10, but fought his way back up to P4, comfortably beating Reutemann, raising a metaphorical middle finger to Ferrari in the process, who were so quick to replace him and unhappy that he wanted to race. He would go on to lose the championship narrowly after refusing to drive in the final race amid safety concerns, but the bravery and talent he showed to return to the grid at all that season is remarkable.

With two World Championships to his name, Lauda retired in 1979. However, three years later, he decided to return with McLaren and in 1984 was paired with a young driver called Alain Prost, heard of him? Prost quickly began to show his immense talent, but Lauda rose to the occasion throughout the season.

Going into the Portuguese Grand Prix, the final race of the season, Lauda needed to finish P2 to secure the championship, assuming that Prost would win. This looked like a monumental task at the end of Saturday when Prost qualified second while the Austrian was to start from P11. With him approaching the end of his career, this would surely be his last chance to be a triple World Champion, and it looked like it was slipping.

Prost quickly took the lead and ran away with it up ahead, but Lauda wasn’t going to let him take the Championship too. He began to make his way through the field, passing car after car and setting the fastest lap in the process. With the 50 lap mark approaching, Lauda overtook a young Ayrton Senna to move up into P3, but with Mansell a fair distance up the road, he’d need some luck to get P2. This is exactly what he got though, a few laps later, when Mansell spun a couple of laps later due to a brake failure. Lauda went on to finish second and win his third and final championship by just half a point, the smallest margin ever.

On this day in 1984:@Prost_official won the Portuguese Grand Prix @ Estoril

The following season, his last ever in Formula 1, was nowhere near as successful. In the first 10 races, he retired a monumental eight times, ending any hopes of another title. To make matter worse, his team-mate Prost was in imperious form and well on his way to his first World Championship. Lauda was still eager to prove that he still had it, and did just that at the Dutch Grand Prix.

He endured a disappointing Saturday, only managing to qualify P10, with ever-improving team-mate Prost starting from P3. If he were to get anything from the race, he knew that he’d have to try something different, as he no longer had the pace to win races.

He did just this, electing to do a one-stop strategy while everybody else pitted twice. This strategy allowed him to take the lead, with his team-mate rapidly closing in with fresher tyres.

Prost caught and overtook Lauda with 12 laps to go before the Austrian fought back. What followed was an incredible late battle for the win, and Lauda find himself ahead with just five laps left, and masterfully defended his position from the Frenchman to take his final win.

It would also turn out to be the last race Lauda ever finished, and was a drive worthy of bringing the curtain down on a remarkable career.