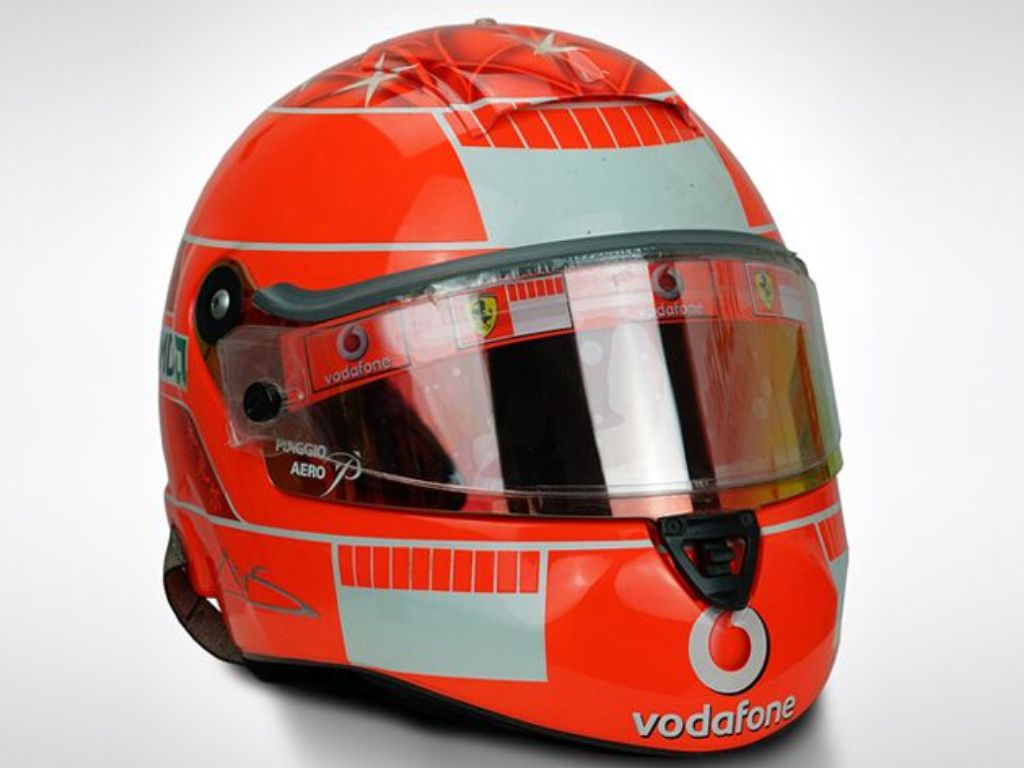 The countdown to the 2019 FIA Formula One World Championship is well and truly on! With the first test at the Circuit de Barcelona-Catalunya concluded we now look forward to next week’s second test before the teams head down under for the FORMULA 1 ROLEX AUSTRALIAN GRAND PRIX 2019.

To celebrate, we have launched 10 iconic, race-worn Formula 1 helmets for sale; four from former FIA Formula One Drivers’ World Champions™. The collection includes race-worn helmets owned by Michael Schumacher in 2006 & Felipe Massa in 2008.

In his last season for Ferrari, Schumacher recorded 12 podiums; including a race win at the 2006 Gran Premio Vodafone d’Italia at which he announced his retirement from the sport. He went on to finish 2nd in the FIA Formula One Drivers’ World Championship™, just 13 points behind Fernando Alonso.

The Brazilian needed to win his home Grand Prix to take the Championship, while Lewis Hamilton required a 5th place finish to spoil the party in Rio. Massa crossed the line first, only for Hamilton to overtake Glock in the last corner of the race to take 5th place and the title.

Now you have the chance to own one of these iconic helmets as well as eight others.

Visit the Planet F1 store to see the full collection.