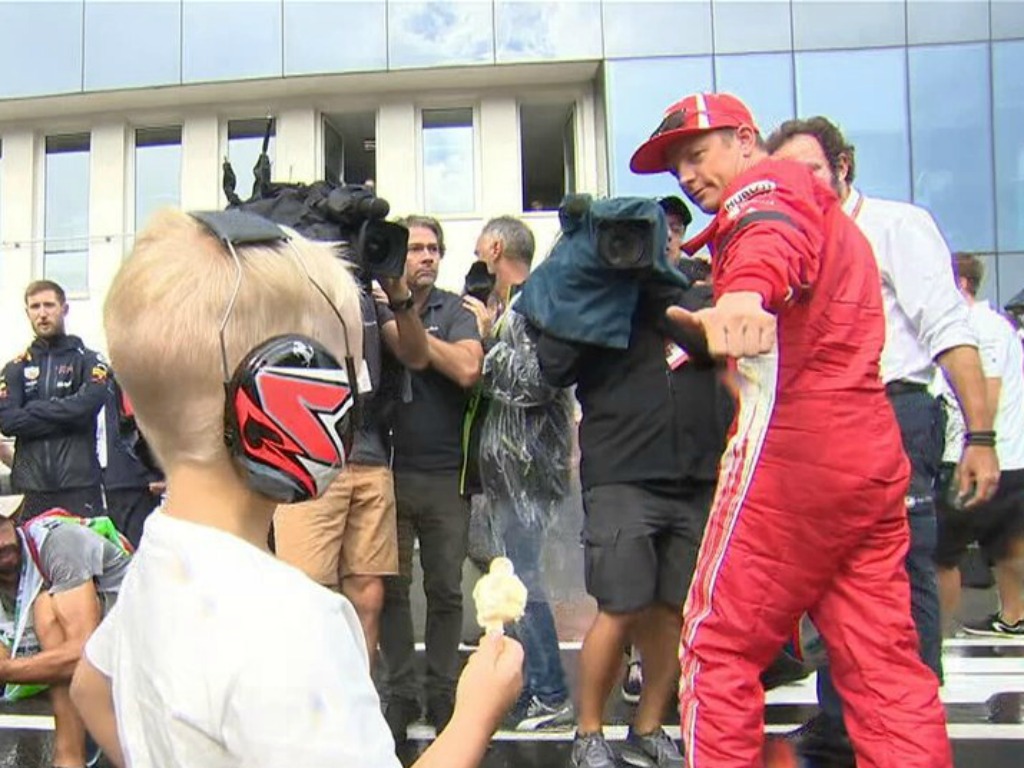 Some more radio gold from Fernando Alonso, Sebastian Vettel at least catches something on race day, but Robin Raikkonen steals the show in Hungary.

Don’t cry for me

We had only reached media day on Thursday, but race week was already getting a little bit too emotional for some as fans gathered for a chance to meet their heroes.

If you don’t say “aww” at the next two images then you have a heart made of ice. 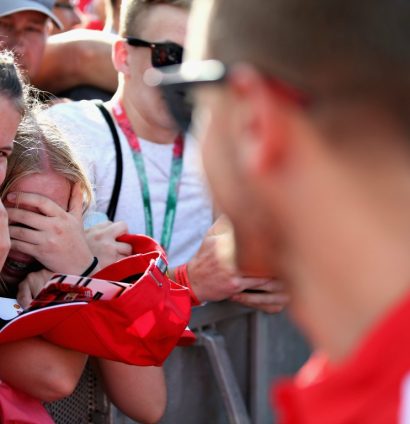 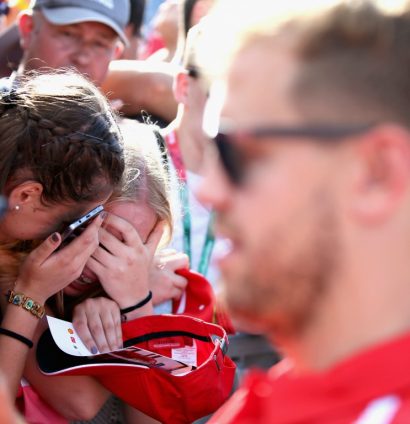 There were lots of the usual questions in the Drivers’ Press Conference in Hungary, but one question that really made us take notice was regarding a potential race between the team principals. Yes please.

Mercedes boss Toto Wolff was then asked if he would be interested, and saw it as a perfect opportunity to land a pretty neat jab on Red Bull’s Christian Horner. Why wouldn’t you?

Wolff: “I am more ambitious than talented, but against Christian that might still be enough.”

Wolff’s confidence continued throughout the weekend, and it looks like we’re on…

WATCH: The challenge has been set. Both have accepted the terms. Toto v Christian. @MercedesAMGF1 v @redbullracing – bring it on! 😂 #SkyF1 #F1 #HungarianGP pic.twitter.com/0BjZ96gbhE

Red Bull also started on the mind games with some cheeky advertising under their unsuspecting rivals. Mercedes will have to pay more attention on race day.

Let’s take a little trip down memory lane, shall we? You may remember a quite wonderful exchange between Kevin Magnussen and Nico Hulkenberg after the 2017 race. We need very little excuse to watch it one more time.

So what did Hulkenberg have in his cockpit for this year’s race? 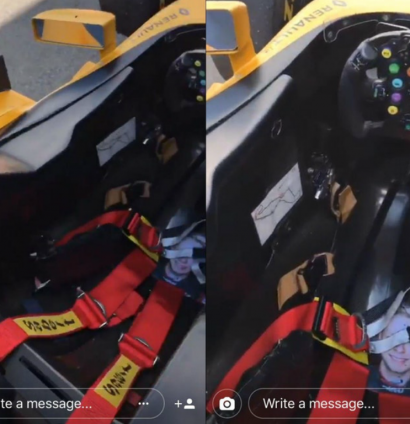 Also getting a pretty good laugh out of us was two golden pieces of radio from none other than Fernando Alonso.

Or how about that rocket ship? 😉 🚀

Team radio during qualifying: “So, we have seen someone do a 28.7 in the last sector, there is a possibility here…”

Alonso: “Yes, and nine seconds worse in the second sector, I saw the TV as well.”

Alonso said he is getting annoyed with FOM broadcasting his messages. Tip: stop being so damn entertaining then.

Time to head to our personal favourite section: Kimi Corner.

Peak Kimi, when asked if Ferrari can repeat front row lock-out of 2017: "Last year was last year and this year it’s today and tomorrow, so
who knows?" #F1 #HungarianGP

And a classic Kimi interview…

But the biggest delight of all was Robin Raikkonen coming along for the race weekend.

And he has already mastered the podium celebration…

"Dad, you need to rehydrate!" pic.twitter.com/CmRP6MDBpX

Sebastian Vettel also looked like a proud son, catching a fly in the post-race press conference and showing off his good work to Lewis Hamilton.

🎥 | Sebastian Vettel catching a fly during the post race press conference, and then proudly showing it off to Lewis Hamilton 😂😄 #HungarianGP 🇭🇺 #Seb5 pic.twitter.com/3pTcsr5Tk2

Is it summer yet?

It has been a tough old slog for Daniel Ricciardo since winning in Monaco. Do you get the sense he is ready for a break?

But he did get some, erm, energy from…somewhere…during the race to go from P12 to P4.

And he lost some extra weight from the car, too. 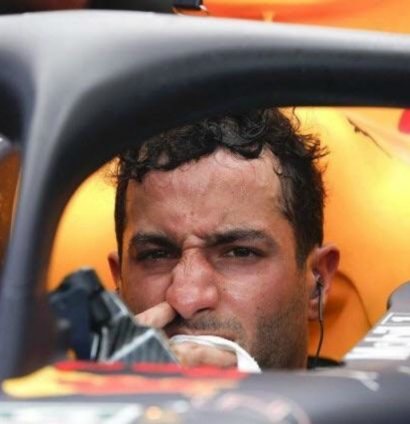 There was one resounding victory for Ricciardo, however, as he went head-to-head with Max Verstappen in an axe-throwing contest. Look how mad Max gets…

All in the technique, Max.

Of course, the axe-throwing was not the only time Verstappen’s frustrations shone through. The bleep machine got a pretty good work-out after his early DNF in Hungary.

Thankfully the uncensored version started doing the rounds. Here it is in all its glory…

It's okay @Max33Verstappen, we got the radio without the beeps 😉#F1 #HungarianGP pic.twitter.com/4qauFFVW9s

Whilst we are on the subject of F-bombs, probably not a good idea to do a live link in a beer tent with drunk Dutch and Finnish fans…

Bottas’ face scan doesn’t quite come out as expected on the new F1 2018 game due out later this month. Chilling. 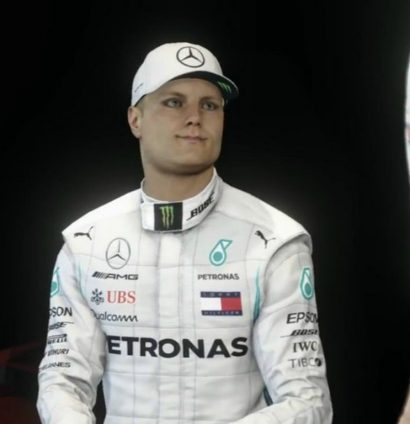 Marcus Ericsson revealed a very interesting piece of information after the race. He must be absolutely gasping…

I didn’t know that. No wonder you’re so thirsty on Sundays. Enjoy the break!! https://t.co/HonkQOSyXq 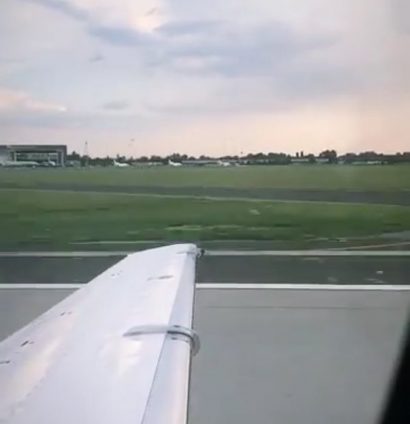 We have to go back to Robin Raikkonen. What a show stealer…and he now has more podiums than Nico Hulkenberg. 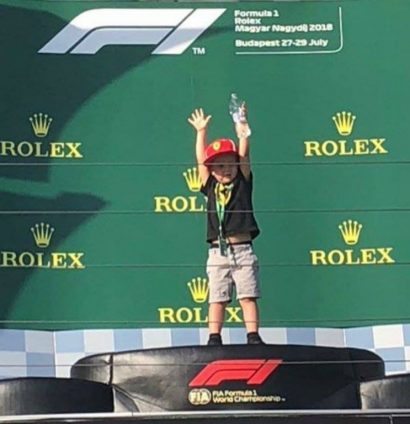