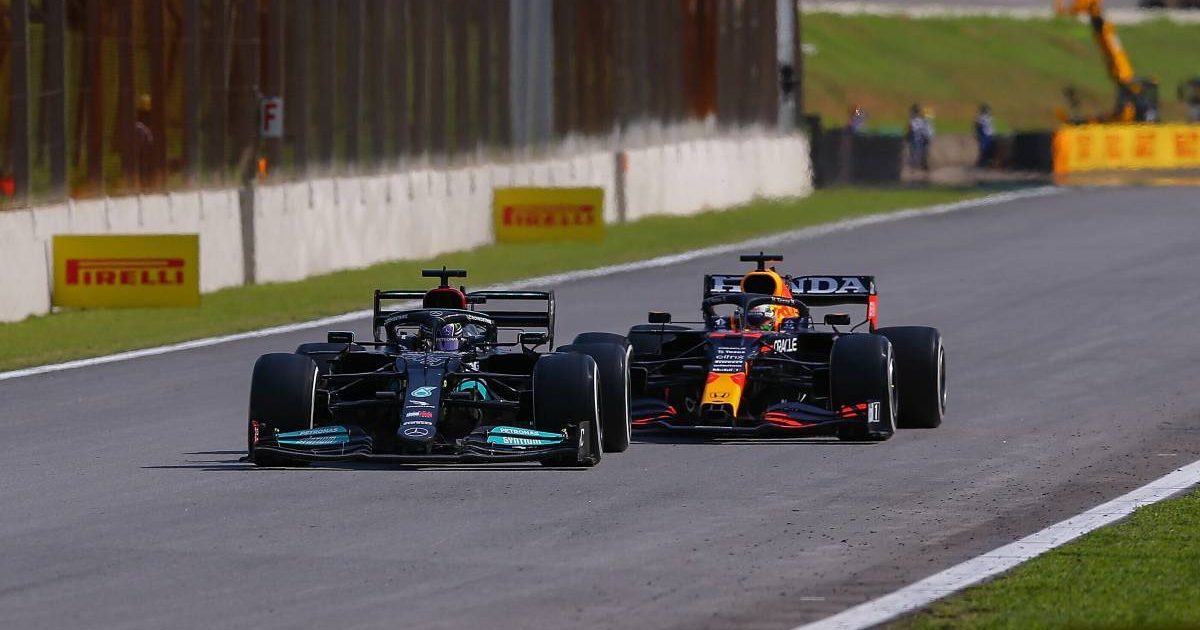 Formula 1 heads to Qatar for the first time with a critical question about this season’s thrilling World Championship battle waiting to be answered.

Did Brazil change everything or was it simply another temporary twist in the struggle for supremacy between Max Verstappen and Lewis Hamilton?

A week is a long time in politics, as the old saying goes. These days, it is also true of F1, especially when races are being packed into the calendar on back-to-back weekends and with transcontinental journeys from one to the next.

In Mexico, Red Bull were buzzing after a one-three finish that cut Mercedes’ lead in the Constructors’ Championship to a solitary point.

But after a Friday and Saturday in Brazil when Mercedes and Hamilton encountered one setback after another, it was they who were celebrating wildly on Sunday after a brilliant drive even by the seven-time World Champion’s sky-high standards.

YOU CAN DO ANYTHING YOU PUT YOUR MIND TO! This weekend is proof. We fought this battle on the track and I couldn’t be more proud of @mercedesamgf1 and my incredible teammate @valtteribottas who I couldn’t do this without. EU AMO BRASIL 🇧🇷🇧🇷🇧🇷 We keep fighting, keep pushing. pic.twitter.com/CBD7QbIt1J

The comparison with politics will, of course, rumble on because ‘wing-gate’, or however you want to describe it, shows no sign of going away with this year’s two leading teams trying every trick in the book to get the measure of the other.

As F1 2021 heads to its climax in the Middle East, however, the scenario could not be more delicately poised – and it is not just us saying that because the bookmakers uniformly now have Verstappen and Hamilton as joint favourites for the Drivers’ title.

If the championship was a race Verstappen would have track position, still holding a 14-point lead heading to the Qatar Grand Prix and a completely unknown venue to the vast majority of teams and drivers – although Sergio Perez won a GP2 Asia Series race at Losail International in February 2009.

That analogy also resembles some of this year’s grands prix, because after Brazil you sense Hamilton is now in the position of chasing down his title rival on a set of fresher tyres.

In reality, of course, the advantage the Briton holds is his new engine, which was fitted at Interlagos and powered him through to victory despite a grid penalty. How much the W12’s controversial rear wing is also helping is more a matter for conjecture.

The last three circuits on the schedule have been forecast to suit Mercedes more than Red Bull. Yet, besides his 14-point lead, there are a couple of positives for Verstappen fans to grasp on to.

P2️⃣ It was a good battle and we gave it our all, but just lacked a bit of pace. We still scored good points and will bounce back 💪 #KeepPushing 🇧🇷 #BrazilGP pic.twitter.com/COmh7fiIUL

One is that Hamilton will have had the best of that new engine in Brazil. Mercedes boss Toto Wolff admitted the performance tends to degrade with each race their power unit is used, so they may have to be quite sparing with it through to Abu Dhabi.

And the other hope for the Dutchman is the sheer unpredictability of this campaign, with two of the past three races providing perfect examples.

Although Mexico went as expected, with Red Bull dominant in the high altitude, Mercedes were beaten in their ‘stronghold’ of Austin while Hamilton, even before penalties were incurred, went into Brazil as the clear second favourite to Verstappen.

Losail, around 22 miles from Qatar’s capital city of Doha, has 16 turns and a kilometre-long pits straight providing the single DRS zone, where Mercedes’ remarkable recent straight-line speed has every opportunity to come into its own.

Unsurprisingly, the weather is set to be hot and sunny for all three days with air temperatures in the high 20s.

Away from the top two teams, increasingly it would be a surprise if any of their rivals infiltrated the fight at the front as Ferrari and McLaren have only been looking on from a respectful distance since the Turkish Grand Prix.

The current pattern of their tussle for third position in the Constructors’ Championship is that Ferrari are getting well on top, with Charles Leclerc and Carlos Sainz evenly matched and delivering solid points consistently.

That is less the case with McLaren now and while Lando Norris finished no lower than fifth in nine of this season’s first 10 races, conversely he has only a solitary top-six placing in the subsequent nine.

However, if the Middle Eastern tracks are expected to suit Mercedes, the same could be said for McLaren with the same power unit and they may be able to eat into their 31.5-point deficit to Ferrari in Qatar.

Barring anything unforeseen, the only other driver who currently looks capable of challenging for the front couple of rows on the grid is Pierre Gasly who, on his day, is as quick in his AlphaTauri as any of the Ferraris and McLarens.

For Red Bull’s ‘sister’ team, the challenge remains to be as competitive on race day as they are in qualifying. Gasly’s team-mate Yuki Tsunoda needs a cleaner weekend having attracted the wrong kind of attention in both Mexico and Brazil.

AlphaTauri are still locked together on points with Alpine, who got both drivers into the top 10 at Interlagos.

Although their car’s performance is inconsistent, Fernando Alonso and Esteban Ocon look to have more at their disposal than Aston Martin for whom it now looks impossible to finish anywhere other than seventh in the standings.

Williams, it must be said, have dropped right away from the excellent form they were showing in late summer, but the good news for them is that their 12-point advantage over Alfa Romeo should now hold fast until the end of the season.

Alfa have now confirmed an all-new driver line-up for next year and it will be interesting to see how Kimi Raikkonen and Antonio Giovinazzi approach what could be the final three F1 races in both of their careers.

Kimi’s last couple of race performances have been a step up compared to previously as he closes in on retirement, while there have been signs of Giovinazzi going rogue with criticism of the strategy he has been given.

At Haas, Nikita Mazepin is never far from the headlines and after a Sao Paulo qualifying session that left him teary-eyed, he ended up finishing the race ahead of Mick Schumacher on what team boss Guenther Steiner described as “one of our best weekends this year – which shows we are getting there with the drivers”.