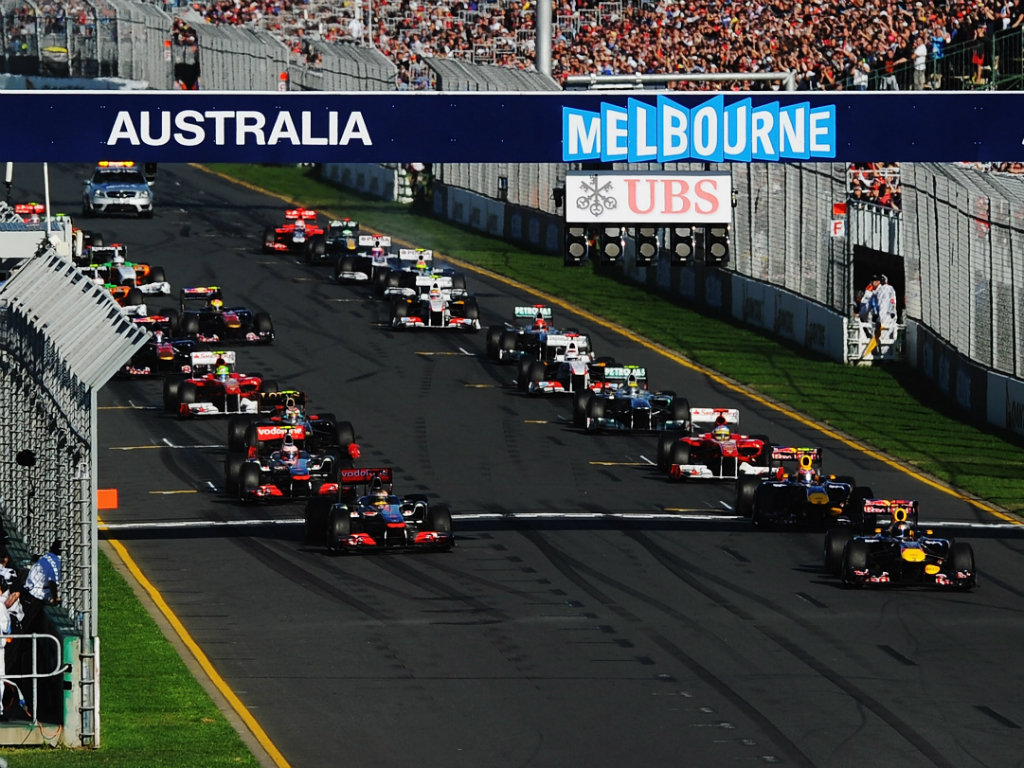 With the first race of the 2020 season getting ever closer, we’ve decided to rank the sport’s the last 10 openers.

Nine of them may have taken place at the same track, Melbourne’s Albert Park Circuit, but, like snowflakes, no two F1 races are the same. Mind you, Sochi gives that claim a run for its money.

Kicking off with the bottom five, here’s how we rank each season’s opening race from 2010 to 2019.

After Mercedes’ dominance in 2014, everybody was hoping 2015 would start with someone taking the fight to them. Instead, the silver reign of terror continued.

This continued on race day. Hamilton held on to his lead at the start, Rosberg couldn’t challenge him and wasn’t challenged by anybody else. It didn’t help that Williams and Red Bull both had to retire a car before the start of the race. They weren’t the only ones either, as only 15 cars managed to start.

The fight for the lead was never really a fight as Hamilton continued to keep his team-mate behind fairly easily. The fight for P3 between Sebastian Vettel and Felipe Massa provided some entertainment at least, but even that was decided in the pits rather than on track.

By the end of the race, both Mercedes cars had lapped all but three competitors, and only 11 cars had made it to the chequered flag. Not the best start to a season.

Five years on, we saw another weekend of Mercedes domination. This time, however, Hamilton was the one playing catch up as the world was introduced to Valtteri Bottas 2.0.

Qualifying promised an enticing battle between the two, with Hamilton going less than a tenth faster than the Finn to take pole position. When the lights went out on Sunday though, Bottas took the lead and never looked back.

Due to minor floor damage, Hamilton couldn’t keep up and instead focused on holding off Vettel. To do so, he pitted early, further damaging his hopes of fighting for the win. Vettel meanwhile was never really quick enough to put his rival under much pressure.

As if often the case, Verstappen made things interesting with a late charge that saw him overtake Vettel and get within two seconds of Hamilton. He never got close enough to try an overtake though.

Bottas crossed the line to win by a margin of just over 20 seconds. If he went on to maintain that form and win the 2019 title, the race may have been remembered as a significant turning point. Instead, it’s not really remembered for much at all.

The first race of 2011 set the tone for the rest of the season. Vettel cruised to victory and a handful of drivers fought for the remaining podium places.

The German’s dominance began on the Saturday as he cruised to pole position, going eight tenths quicker than Hamilton, his closest competitor. However, with Hamilton ahead of Mark Webber and Jenson Button just behind, it looked as if the McLarens had the pace to at least challenge one Red Bull.

In the race, Hamilton was comfortably quicker than Webber but couldn’t stay close to Vettel, putting him in no man’s land. Button meanwhile ended up picking up a drive-through penalty after a poor start, dropping him out of contention for a podium place.

In the end, Vettel finished over 20 seconds clear of Hamilton, while 10 seconds behind the Brit, Vitaly Petrov claimed his first and only podium. Fernando Alonso managed to catch up to the Russian, but like in Abu Dhabi the previous year, couldn’t find a way past.

If it wasn’t for Haas’s shambolic pit-stops, this race would have been a real dud. Thankfully, their struggles were not only good entertainment, but they also led to Safety Car calls that livened things up considerably.

It was the first time we’d ever had two four-time World Champions on the grid together, and everybody was itching to see them battle it out. However, Kimi Raikkonen threw a spanner in the works when he qualified between them and then proved considerably quicker than a struggling Vettel early on in the race.

This allowed Hamilton to lead the race fairly comfortably. Thankfully, Haas couldn’t put wheels on their cars. Kevin Magnussen’s retirement brought out a VSC, at a point when Hamilton had pitted and Vettel hadn’t. This allowed the German to come in and come out again in the lead.

The Brit set off in pursuit but did more complaining than quick laps and never made a move. Max Verstappen and Daniel Ricciardo suffered the same fate, getting stuck behind Alonso and Raikkonen respectively. It was a race that really highlighted how difficult it is to overtake at Albert Park.

This ranks higher than 2018 purely because, with new look cars, we finally got to see Ferrari take the fight to Mercedes, and that was exciting. In terms of wheel to wheel racing, it was again slim pickings.

When Lewis Hamilton claimed pole position with ease, fans feared yet another year of Mercedes domination was on the way. Given this, you can imagine the collective sigh of relief when Vettel kept up with the Brit once the Grand Prix got underway.

It quickly became apparent that the Prancing Horse was, in fact, quicker than the Silver Arrows. So much so that Vettel managed to pull off the undercut and take the lead. With Hamilton stuck behind Verstappen, he then began to pull away.

By the time the Dutchman finally got out of the way, the damage was done. On older tyres, Hamilton couldn’t catch Vettel and was even caught by his team-mate, Bottas. Sadly, team orders deprived us of that battle.

Some more overtaking and jostling for position would have been nice, but Ferrari finally fighting Mercedes and Vettel and Hamilton finally going head to head in even cars made this a decent first race of what turned out to be an enthralling title fight.