Home F1 Features Reasons why we all love Silverstone 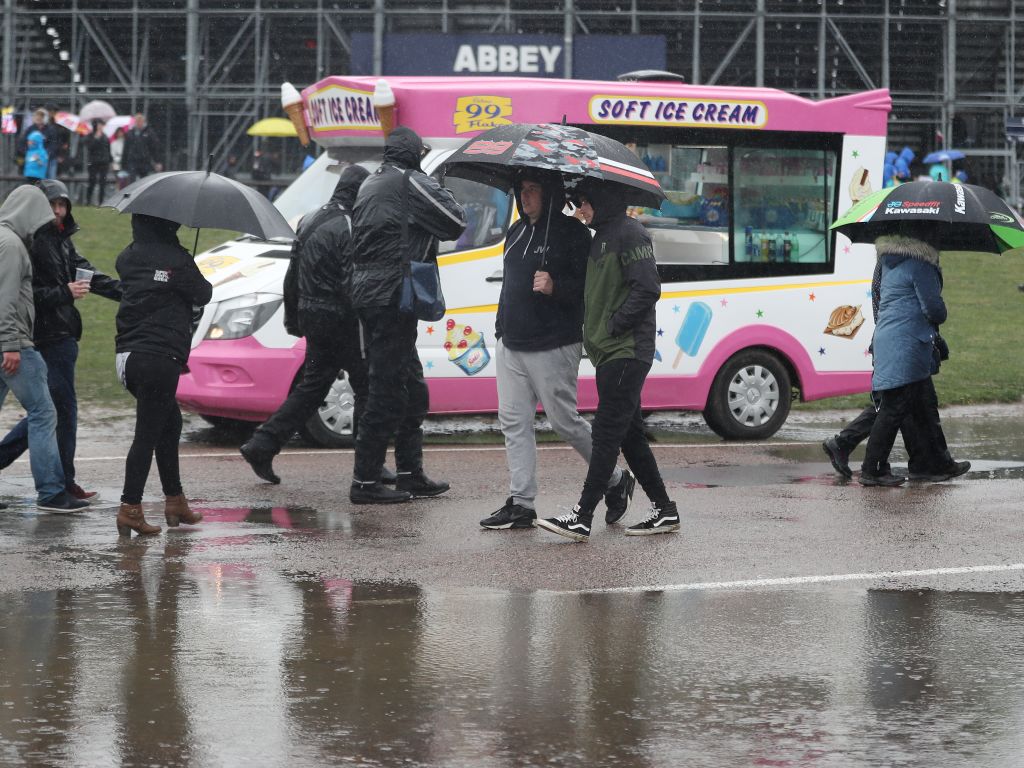 The first race of the Formula 1 World Championship in 1950 took place at Silverstone, and it rightly remains an icon of the current calendar.

And the great news this week is that it will continue to host the British Grand Prix for a further five years!

It has a special place in the hearts of so many people, but what makes this circuit so special? Well, here’s why PlanetF1 feels we all love Silverstone.

Ah, the great British weather. One minute you’re sat enjoying that sandwich in the grandstand, the next minute that sandwich is ruined as the heavens open, while you’re soaked shirt has tripled in weight.

Though the weather is rather an inconvenience to the unsuspecting supporter, on-track it can create all sorts of chaos and Formula 1 at Silverstone has become somewhat of a time capsule of moments when the rain made an impact. Just ask Felipe Massa – he spun five times in the chaotic 2008 race.

Think of classic races at this place like 1998 and 2008, the rain played a major role, and it’s that unpredictability which means a fan knows that a result is never confirmed until the chequered flag flies.

Silverstone is fun, it throws you a surprise, but it isn’t an event where gimmicks mask poor racing – the situation is anything but.

We briefly mentioned two of the classics earlier – 1998 when Michael Schumacher pitted on the last lap for his stop-and-go penalty, but in doing so crossed the start/finish line and won the race.

Or Lewis Hamilton when he produced a wet-race masterclass in his McLaren to claim victory by 68 seconds – the largest winning margin since Australia 1995.

The Brit’s super recovery drive after first-lap contact in 2018; Force India’s shock P6/7 finish in 2016, if we went any further into the history books we may as well make this an essay.

Year after year Silverstone delivers on the drama, and we love it! Oh and one other thing, the track actually has gravel traps! A dying art in the world of Formula One – and one that helps punters that head to the Formula 1 betting sites to lump on before the race begins.

A home race for so many

When you say home race in Formula 1, it usually applies to a driver, or a few at most, but for Silverstone, “home race” actually covers most of the teams.

So, the British Grand Prix is a home event for a large swathe of the grid. It hosted the first World Championship credited grand prix – this place matters!

In 2018 the British Grand Prix set the highest attendance of any event on the calendar – a weekend attendance figure of 340,000 with the race itself seeing 140,500 through the gates, also the highest of the season.

Yet, the event remains at risk of vanishing from Formula 1 if its contract is not extended beyond 2019.

Away from the nitty gritty of the figures, the British Grand Prix at Silverstone is a week-long event for the fans. Camping on its outskirts are as bigger tradition of the event as anything else, while the festival-feel has always ranked right up there with the draw of Formula 1.

There will be a host of other activities going on throughout the week for fans of all ages – a true spectacle! And of course, this energy is sent back to the drivers as they make some noise from the grandstands.